Home > Articles > The Secret of the Secret: Sultan Walad 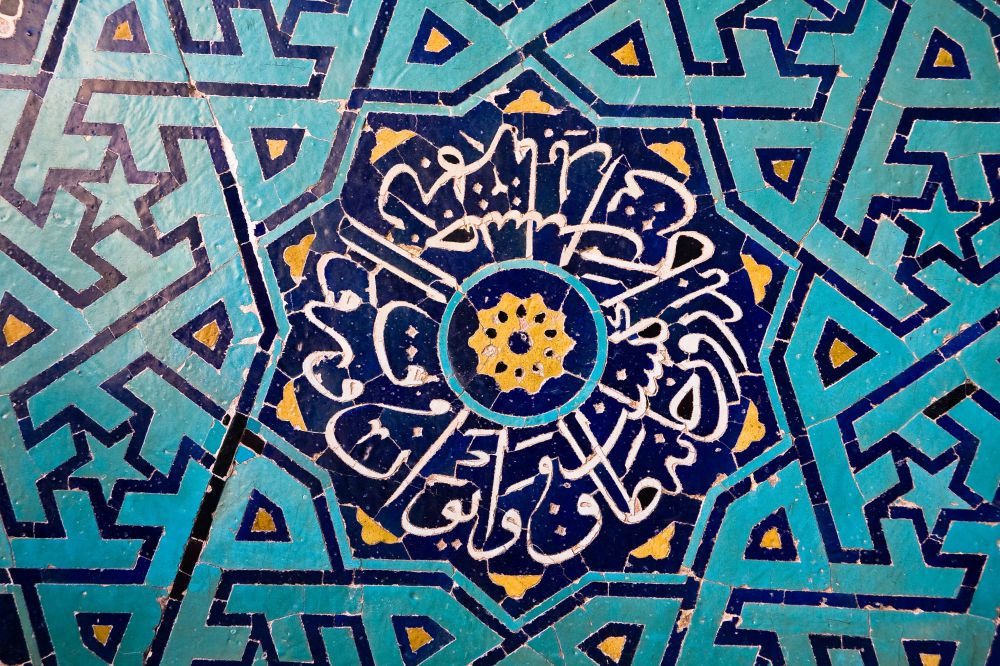 “Rumi had a son, eh? Sounds weird, doesn’t it? I am very surprised to hear this. I always thought he wouldn’t have any children because he is Rumi and no ordinary person…” This is how a friend of mine reacted when he heard about the international symposium The Secret of the Secret: Sultan Walad, organized by Cemalnur Sargut, president of the Turkish Women’s Cultural Association, and her colleagues to introduce Sultan Walad to wider communities. Sultan Walad was Rumi’s son and the founder of the Mevlevi Order. Actually, my friend’s reaction proves how closely we embrace Rumi, but on the other hand, it also shows how little we know about him. Most of us have heard his name and know about his great work “Masnavi,” but that doesn’t mean that we know him well. Most of us don’t know that he had a son who established the Mevlevi Order as a key to unlock Rumi’s works and followed Rumi’s teachings. Although Rumi is an important symbol of Turkish culture, we don’t understand his true importance and value. Cemalnur Sargut and her colleagues first made Rumi and then Shams Tabrizi a current issue in our lives. Now they introduce us to Sultan Walad, the son and natural heir of Rumi, who called him his “Secret.”

Cemalnur Sargut, who managed to introduce Sufism to as far afield as China’s academics, highlights the importance of Sultan Walad by quoting Rumi’s own words: “Hey, my dear son Bahaeddin! The reason for my existence in this world is for your development. All I say is just words. However, you are my mission, you are my masterpiece.” As you can see from his own words, Rumi gave massive importance to his son’s development. He let his son constantly accompany him among learning communities. He showed his son a special kind of love and compassion. Most people thought they were brothers rather than father and son. As a matter of fact, Rumi once told his son, “You are the one who resembles me the most,” and he gave his son over to Shams Tabrizi, his beloved friend and teacher, on his educational journey to find the right path. American academic Omid Safi explains the secret of Rumi’s closeness to his son: “Rumi and his son, Sultan Walad, were so close to each other that Rumi conveyed all his moral thoughts through this relationship, and in this way, he delivered his messages to humanity.” Thanks to being very close to his father, Shams Tabrizi, Husameddin Celebi, and Selahaddin Zerkubi, and gaining their ethical manners, Sultan Walad became the key to delivering their messages to future generations.
However, these were not the only things that made Sultan Walad valuable. He turned Rumi’s teachings into a more systematic order. In other words, the Mevlevi order reached its position today thanks to Sultan Walad. He established the basics of Mevlevi rituals in a specific order and method. After his father’s death, he established good relationships with both Seljuk and Mongolian elite statesmen during the mayhem of the invasion of Anatolia. Thanks to his close relationship with Giyaseddin Mesud, he enabled the Mevlevi order to become widespread. The Mongolian emperor, Kehatu Han, met Sultan Walad after Rumi’s and Shams Tabrizi’s death. It is said that the emperor was so impressed with the depth and elegance of Sultan Walad’s teachings that he became one of his close murids (a Sufi term meaning “committed one”), and later on Sultan Walad dressed him with a Mevlevi hat.

Cemalnur Sargut describes Sultan Walad as the secret of Rumi, who is a secret himself too. This description is not just a literary statement because, according to Sargut’s view, if Rumi and Shams Tabrizi are widely known today, it is thanks to Sultan Walad and his work. Rumi’s many secrets and state of mind can only be conveyed to today’s world by someone who knew his private life well and shared considerable time with him.
This person is Sultan Walad, who was also Rumi’s friend during long discussions and knew all his private matters. Rumi had an underlying purpose in showing great love and affection to his son: He had chosen his son Walad to explain his secrets in the future. Rumi spoke this to his son: “Bahaeddin, please look at me carefully, very carefully indeed.  When my seeds turn into a tree, you will be the one who will understand me. Try to understand my inner meaning deeply and thoroughly, so that you can take the pleasure and good ideas from it. Always be aware that the bodies of prophets, saints, and their loved ones never die. It is true that seeds falling on the ground from the branches seem to die and disappear. However, after a while, these seeds come back to life again, with each of them turning into a tree. The bodies of prophets and saints are just like this.” Omid Safi says that Sultan Walad reached perfection with Rumi’s thoughts. After becoming his seed, he turned into a tree of meanings nourished by Rumi’s divine light. In the end, he became a perfect spiritual guide after receiving the moral education of both Shams and Rumi.
Shams Tabrizi explained, “I give my head to Rumi and my secret to Bahaeddin.”
According to a rumor, Sultan Walad, with the help of his dream, found out where Shams was buried after his murder. It continues that Walad found Shams’ body, took him out, cleaned the body with rose water, and reinterred him in the Madrasah of Rumi. In addition, Sultan Walad compiled the conversations of Shams Tabrizi in his work Malakat-i Sems-i Tebrizi.
Again, it was Sultan Walad who Rumi sent to find Shams when he disappeared from Konya because of the jealous rumors. When he finally found Shams and convinced him to return to Konya, Shams told him to get on his horse. Instead, Sultan Walad bent down before him and said, “Shah is on the horse, and his slave is on the horse too? No, I cannot accept this.” He followed him on foot all the way from Damascus to Konya. Later on, Shams started sharing his secrets not only with Rumi, but also with Sultan Walad.
Esin Bayru Celebi, one of Rumi’s living descendents, explains the importance of Sultan Bahaeddin Walad with these words: “Shams Tabrizi said, ‘Rumi is like a diver throwing himself into the bottomless and endless sea, and I am the merchant buying his pearls.’ On the other hand, Sultan Walad helped those pearls survive to our time and showed us how we could also dive into the sea with Rumi and Shams to find pearls.”
Once again, Shams explained the importance of Sultan Walad: “God conferred on me two things: One is my head, the other one is my secret. I sacrificed my head to Rumi’s path sincerely, and now I give my secret to Bahaeddin.” According to records, it was also Shams who taught the Sufi whirling to Sultan Walad.
For seventy years, Sultan Walad, always beside his father in assemblies from the age of 10, tried to explain his father’s sayings in an open manner. He achieved great success in explaining his father’s secret with the help of his knowledge of religion, sharia, and Sufism, as well as his interpretation of the hadiths. He used Turkish more often than his father did, and he wrote a Divan, three Masnavis, and his famous work “Maarif.” Now, after 700 years of history, Sultan Walad is also becoming a worldwide figure.

What do the Authorities say About Sultan Walad?

What is This Thing Called Spiritual Healing?

Grace: The Expression of Our True Nature