Home > Astrology > Pisces: The Last Sign of the Zodiac
Astrology 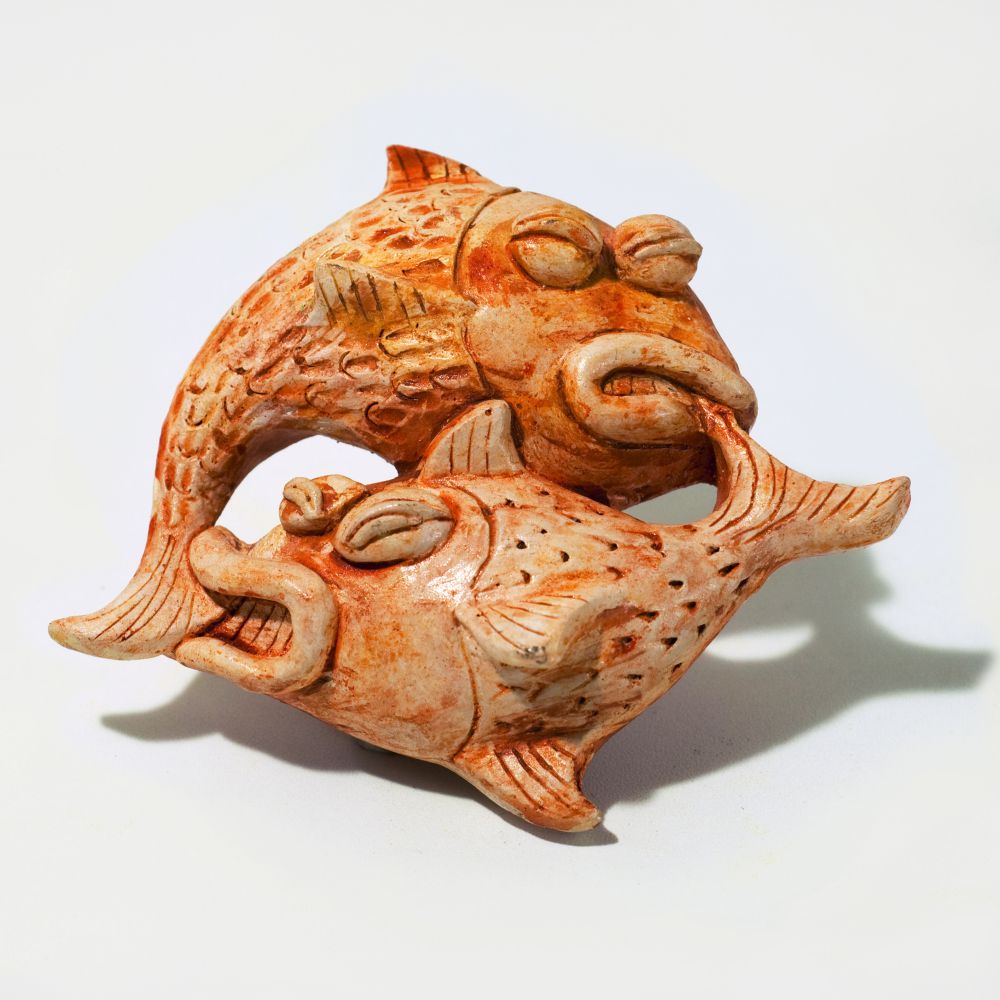 People born under Pisces, the last sign of the Zodiac, are well known in arts and sciences, thanks to their incredible creativity. Although, like a fish, they sometimes dive down to the depths, they exhibit important abilities when they rise to the surface.

Albert Einstein, who was a Piscean, once said, “Only a life lived for others is worth living.” He was a wise genius who stuck his tongue out at the whole world, and this quote wonderfully explains the symbolism of Pisces.

Pisces, ruled by Jupiter in classical astrology and Neptune (the planet of water, seas, dreams, liquids, and fantasies) in modern astrology, possesses a divine idealism. Pisceans always live for others, sometimes even sacrificing themselves. Sacrifice and devotion is a theme of Pisces.

The above quote from Einstein carries many meanings, just as Pisceans have mutable characters. This quote implies selflessness, and it illustrates how we are small points within the infinite cosmos. It suggests we can go beyond our egos with the help of such acceptance toward life. Going beyond the ego is another theme of Pisces—that’s why Pisceans sometimes escape to avoid the traps of the ego.

The natural home of Pisces in the Zodiac is the 12th house, which rules retreats, mental asylums, healing centers, jails, fantasy, and the subconscious. Being the 12th and final sign, Pisces inherits some qualities from all the other signs and completes the cycle of the Zodiac, so it’s considered one of the more cosmic signs. This explains why Pisceans like to dive into fantasies. They love to help the homeless, orphans, and the infirm. They easily devote themselves to those in need.

It’s not surprising that Einstein, one of the greatest scientists so far, was a Piscean. Imagination and intuition were very important for Einstein. When he said, “God does not play dice,” he implied that nothing in the cosmos was coincidental. Belief and resignation are also characteristic of Pisces.

Pisces stands on the Midheaven (MC) of Turkey’s natal chart, and Uranus is also present. The Midheaven of a country’s chart represents its management and, interestingly, Turkey’s Prime Minister, Recep Tayyip Erdoğan, is also a Piscean.

Pisceans are soft, patient, changeable, creative, highly imaginative, self-sacrificing, idealistic, telepathic, intuitive, and sympathetic. They love beauty and the arts. They are friendly and sensitive to the feelings of others, and they show great sympathy to anyone who suffers. On the other hand, their weaknesses are their mutable characters and a tendency to sometimes fall into the mindset of victims.

Pisceans get along with everyone, and they are generally loved everywhere. They accept all things and people as they are—they do not manipulate others to change them. They wait for the solutions to problems from within the flow—rather than taking the initiative, they prefer waiting. They may escape into their inner worlds during their wait.

Pisceans may not always do what they promised, but this is not in the same style as Gemini. It happens when they have escaped, gone to another realm, and they are lost in the deep waters. The symbol of Pisces goes someway to explain this. There are two fish, with one swimming up and the other one down. A Piscean who swims up can succeed in many aspects of life with the help of their innate talent and creativity. Many can transform their fantasies into reality, such as Steve Jobs, Alexander Graham Bell, and Galileo Galilei, but those who swim down often lose themselves, such as Kurt Cobain and David Gilmour for example. They are creative in any field, and they have a genuine sense of humor, like the Turkish talents Gülse Birsel and Beyazıt Öztürk.

The women of Pisces have a magical charm, because the fog of Neptune gives them a mysterious glimmer. Elizabeth Taylor, one of the most glamorous women of all time, and Sharon Stone, who charmed the men in the film Basic Instinct, are Pisceans, as is Rihanna. Eva Mendes and Cindy Crawford are also charming examples of Piscean women. Drew Barrymore and Bruce Willis, who have the deep glimmer of water in their eyes, are also Pisceans.

Benicio Del Toro and Javier Bardem are examples of handsome Piscean men. Neptune, the ruler of Pisces and the planet of dreams and visions, also rules the realms of cinema, television, and advertising. For example, Bernardo Bertolloci, Spike Lee, and Luis Bunuel were all born under Pisces. Expressing the side of the losers in literature is also a Piscean trait—look at John Steinbeck and Victor Hugo for examples of this.

Piscean nature does not fit well with the practical needs of life, and they are generally more emotional than rational and intellectual. They dislike discipline and any form of restriction. They do not like working standard hours or following tradition, but they do not feel powerful enough to fight the existing order.

They are content within their fantasy worlds, and the worldly things they create bring them fame and success because of their artistic talents. They change rapidly, but they are good observers—they absorb and understand new concepts. All these qualities help them to create invaluable literary, musical, and artistic works. They are fond of love, art, and nature. They appreciate comfort like a cat does, and they enjoy travelling to far-off, exotic places.

They are not egotistical, and they like giving to their friends. They have a refined sexual nature, with spiritual bonds being much more important to them. They are sometimes misled by their partners or not cherished after marriage. Despite this, they are innately loyal.

In terms of careers, Pisceans often work better when self-employed. They can be successful in advertising and other creative fields. Their natural empathy may lead them to work in hospitals and charities, and they become good vets because they are good with animals. They may become sailors or travelers to satisfy their need for exploration, but being a librarian or astronomer can also fulfill this need. Let’s also remember that many architects and lawyers are Pisceans, because their creative talents open those paths to them.

Pisceans may also be content being on the stage. Thanks to their psychic and spiritual abilities, they may become mediums or mystics. Their creativity may manifest itself in the kitchen, so they may be talented cooks. They may even make good detectives because they can develop empathic links with criminals. Anesthesia, liquids, gases, and plastics can also be of interest to them.
Because Pisces is one of the mutable signs, Pisceans may be involved in more than one business when they cannot concentrate on one project.

As a final note, because Pisces rules the feet, the liver, and the lymphatic system, Pisceans can be prone to suffer from anemia, ulcers, and dermatological disorders.

The Uranus–Pluto Square and Our Near Future