Home > Astrology > The Women I Love: Scorpios and Virgos 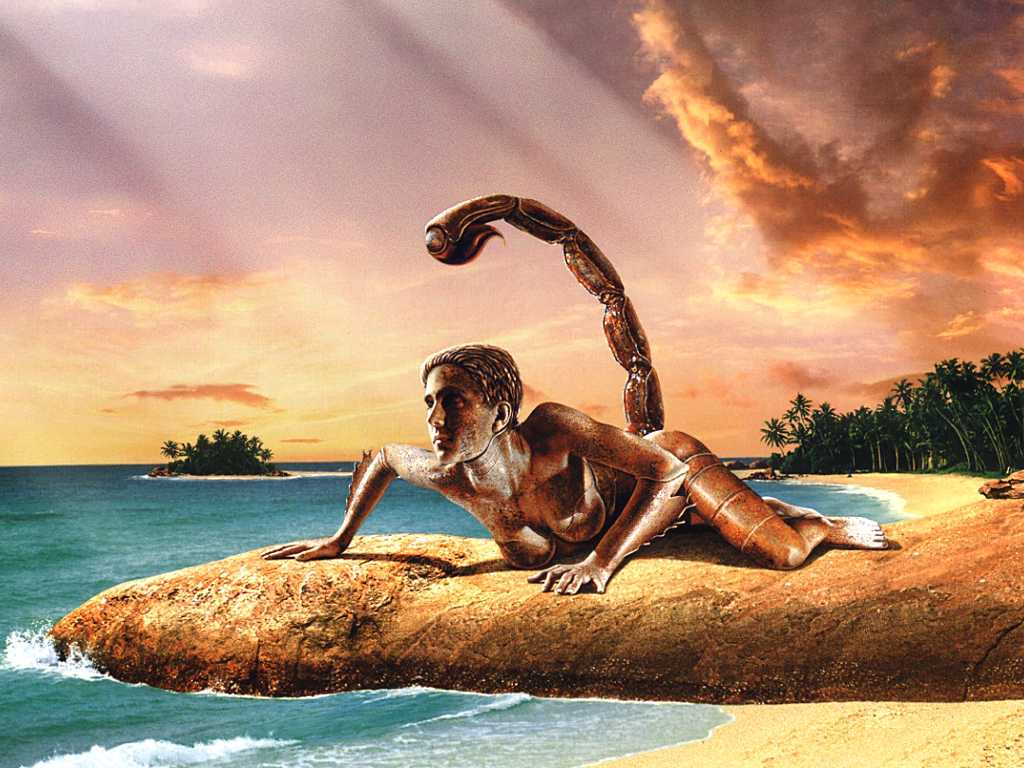 You can just look at the symbol of Virgo and its meaning to grasp the idea of the Virgo woman. The original meaning of the sign is “Virgin,” but its Turkish counterpart literally means “spica” (a star within the constellation of Virgo) or “goldenrod,” because… well, heaven knows why, and I actually wonder this a lot. I understand not to use the original “Virgo” name, but I really wonder why it’s translated as “spica” instead. The mystery of the Virgo woman is hidden within this particular word, though. Yes, she is a virgin. Her soul is able to preserve its purity and innocence, and she is ever verdant and untouched. You can tell a Virgo woman from her eyes, just like you can with Scorpios. Her eyes reflect this “virginity.” She is a baby bird who consistently observes the world around her with timid glances, but the same eyes can reflect the quick wit of a smart kid at times. She consistently observes and misses very little. Virgo is a sign that joins intelligence with innocence.
This state of mind reflects on her relationships as well. Virgo is a long-distance runner, and her shortest relationship is rarely less than a year and a half. Even if it is shorter, this won’t have been her initial intention. Many Virgos have fewer relationships during their entire lives than they have fingers on one hand. To make a comparison, you can safely assume that a Scorpio would need to use both hands, both feet, maybe even her best friend’s hands and feet as well, and, if you dramatize it enough, her cousin’s hands and feet to count all her past relationships. This is because Scorpio is usually on a constant quest and very hard to satisfy, while Virgo knows exactly what she wants and experiences her relationships until the bitter end once she finds them. Besides, she’s already a “virgin,” and this virgin can be very picky because she wants every little thing to feel special. Their timidity of a baby bird can cause them to shy away when they are pushed too far. Virgos usually have a great circle, but they their tone is not anywhere near “I think I can make a shift now,” thanks to their selectiveness that arises from their perfectionism. It should be the best, and she patiently looks forwards until she finds it…
Virgo women make loyal wives, but being a long-distance runner certainly requires the right conditions, however. Your relationship harbors a strong sense of respect along with an idyllic love. Virgos make a point of not harming the mutual respect between them and their spouses. They are honest, and this honesty is accompanied by a very strict logic. Virgo woman are terribly logical in general, and they try to make sense of the world with this. They don’t tolerate uncertainty, and everything must be as clear as day and understandable. This is the baby bird’s way of absorbing the world and protecting herself. She doesn’t shy away from expressing her feelings, despite her timid appearance, yet this can be a fairly hard thing to do. She will try not to hurt you, or the mutual respect between you, to the best of her ability. Unlike a Scorpio woman, she doesn’t walk off at will. She will draw a perfect outline of her current feelings because of her perfectionist and logical approach.
Their perfectionism can throw you off your rocker at times. A woman who keeps her eye on the clock when cooking is probably a Virgo. Because the recipe says, “cook it for eight minutes over a medium heat,” that meal will be cooked for neither seven nor nine minutes. She will also be very precise about taking prescription drugs. Has the doctor ever told you to take something once every four hours? A Virgo doesn’t deviate from this, even if it means waking up in the middle of the night. In fact, she’s an ideal partner for a sign like Scorpio, who takes his pills only when it flashes into his mind or tries to cook using intuition. In addition, remember that they never forget. They can recall a random joke you said four years ago and recount it time and again if it’s something they resented. This is because a question mark remains in their head that hasn’t been cleared out yet. Even when you address the question in the end, they never forget, especially if this person is a woman.
A Virgo woman is an ideal partner for a relationship, especially for me. When you awaken and accustom yourself to their logical defenses, they’re too good to be true. The energies of a Virgo and a Scorpio are very harmonious too. There’s no wonder I can’t say the same thing about the other signs. A Virgo woman doesn’t push you too far, because she’s not very dominant by nature, and she usually reacts with tears when she is pushed too far herself. Only her logical approach restrains her feelings to the extent of occasional outbursts. So, you can’t measure your feelings with logic after all, and you’ll fail if you try to.
That’s it in a nutshell, guys. As it’s understood, I like Virgo women, and I always have. They are also very successful in their careers as long as they don’t let themselves be crushed under their own perfectionism. You must show them a lot of understanding in testing situations however, because they can be a little too strained during such times. Now for the standard question: Would I want a Virgo daughter? I’d still prefer a Scorpio daughter, but who could refuse a lovely, little baby bird to hold in your arms and never let go?