Home > Soul > Every Woman Is a Goddess 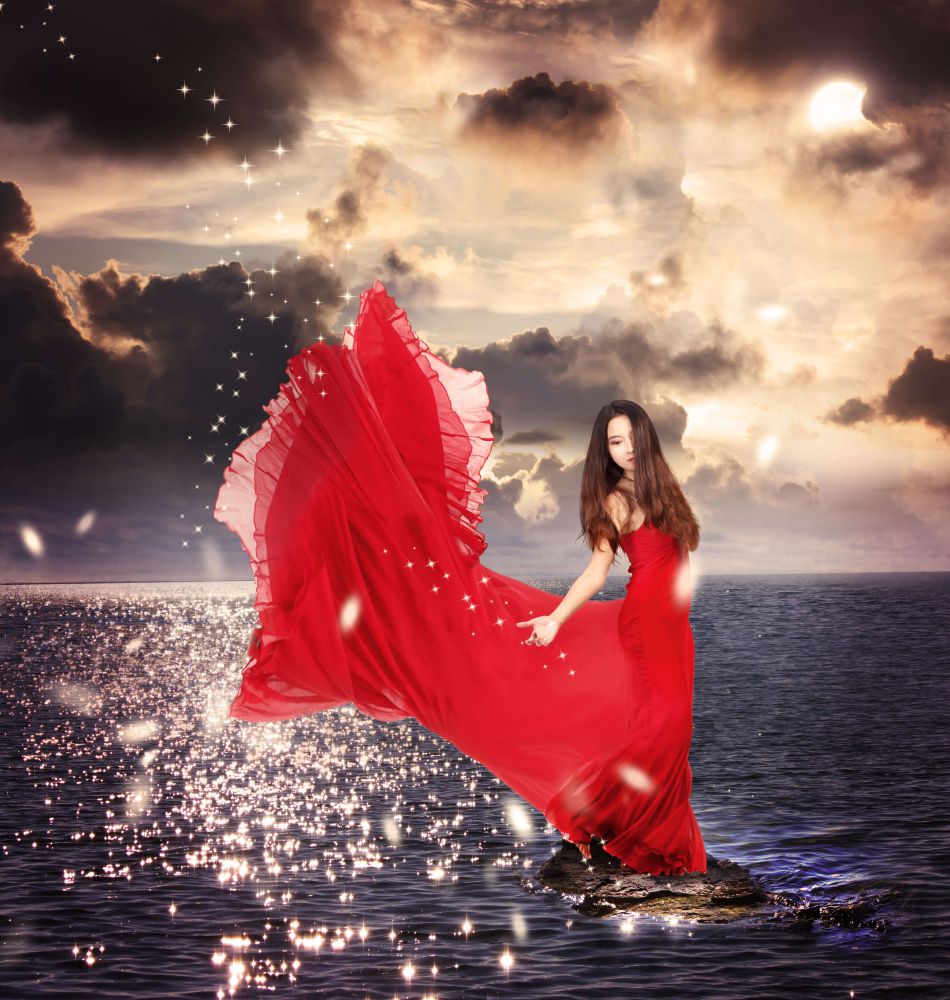 A woman who carries and gives birth to a child, who feeds it, cares for it, endures and humors it, makes it cry, and gives it hope awakens the Goddess in her nature…
To regain the regard that females were forced to give up long ago, the only thing that a woman needs to consult is the Goddess Code in the DNA. This code was transferred from generation to generation from the days of the Goddesses. What’s more, it was passed down through the mitochondria of our own female ancestors.
A woman exists with a charm that is both physical and metaphysical. Her nature is to receive, but she receives only to give back. Receiving but not giving back is a characteristic of an “instinctive female.” Even though this differs from a woman, they both exist within each other.
While a female’s instincts reside in her biological code, her feminine consciousness hides in her spiritual aspect.
At first, our female ancestors used the secrets of their feminine nature to make the more-instinctive men admire them. Like modern women, these women bled regularly because of their fertility, yet they continued to live healthy lives, whereas a man would likely die from an accidental injury that made him bleed, mostly because of the subsequent infection. Woman didn’t just die from this bleeding—they could also create new life. This led to men respecting women in a supernatural way. The men reflected their admiration toward woman through an instinctive feeling, the feeling that they would be unable to maintain their line without them.
History is made up of long periods, and all kinds of ups and downs can happen in these. We see how women have slowly drawn away from the Mother Goddess culture over the passage of time.
It started with the Sibyl sisters, who were the female oracles of three thousand years ago. This was when woman’s creative talent for the mythical was taken from them. These women supported the public in learning and improving their notional and spiritual beings, but they left their positions to a more male-dominant order.
Tales of goddess figures are told using mythical elements, and these actually reflect the periodical properties of our female ancestors. These mythological characters represent the archetypal properties embedded in our collective subconsciousness. Each of us holds the information of our archetypes. That is why, deep down, women want men to worship them, and it is why men do not find it so odd to do so.
When women used this natural tendency of men to fulfil their earthly needs, demands, and desires, they started to reflect the passion, greed, anger, and hate that come from their instincts.
In this way, the women goddesses made enemies with their own hands by taking advantage of man’s tendency. Men killed girls by burying them alive, so they could fight women’s talent for intuition and creativity. In the middle ages, men tortured women to extract confessions of witchcraft, and they did this to daunt them.
With a male-dominated perspective ruling women for thousands of years, the instinct to survive led to women creating an archetype that is pale, submissive, cowardly, shy, and incoherent. This archetype and the goddess archetype continuously clash. While a woman wants to experience the goddess prestige of the past, she also faces inability and cowardliness in this issue. This discrepancy pushes women into a dark unhappiness.
While in this state, the males did not obey their spouses or kneel before them anymore, and the women could not handle this with the codes carried from the past, so whenever they saw a chance, they did not hesitate to use their fiercest weapon.
This weapon was the power of the womb, which represents a woman’s potential for fertility. She could gain anything using this as a weapon, or in the worst-case scenario, she could get revenge on a man by depriving him of it. Unfortunately, this brought another danger with it: opposition from the same sex. All females are rivals in this regard.
When a man is deprived of the power of the womb, another female can enter the scene and take this man for herself. This way, she gains the pleasure and satisfaction of surpassing her rival, a hint of the power she lost long ago.
These women were so unhappy but so were their men! The children growing up in such a chain of events also carried a burden of their own.

Eliminate The Delusions and Notice The Ego

The Meditation of Life and Death