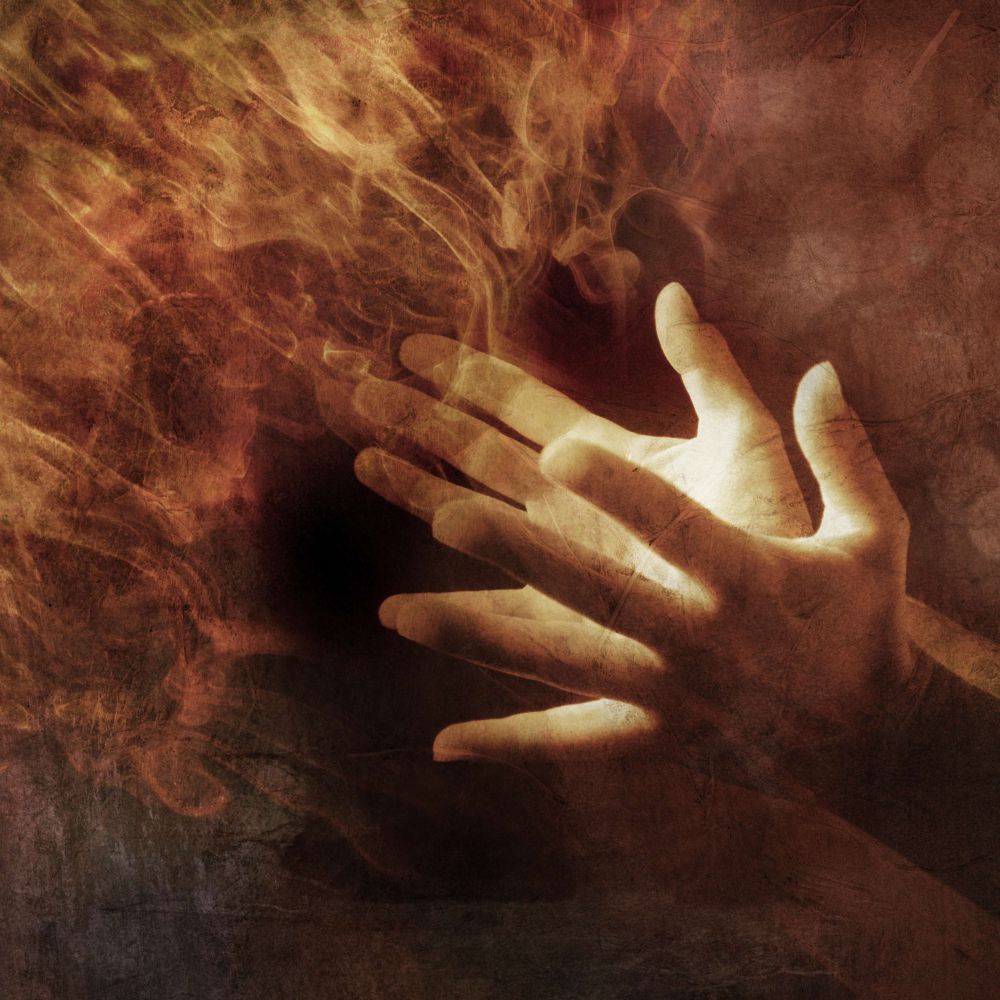 Our home, our planet, is filled with gifts for us to put to good use. One of the most significant of these gifts is its herbs.

These precious gifts grow from the Earth, and their properties enable us to enter different states of mind and open a path toward our inner selves, so we can become one with the infinite moment. In this infinite now, a fragrance can bring back memories, awaken the soul, and lead us on the path. The feeling of spiritual connection, which is awakened through the fragrance of the burning herbs, have made people believe that the smoke represents the elegant vulnerability of the spirit and encouraged them to use it as such.

We see how smoke takes its place among many religious rituals, such as in churches during Sunday Mass and in Buddhist temples. In some countries, mosques smell of sandalwood. There are numerous examples of ceremonies where the smoke of burning herbs plays a significant role, especially when we go back thousands of years ago into the belief systems of past cultures. Smoke has been an indispensable part of purification and consecration ceremonies for millennia, from the Indigenous Americans to the Druids of Briton, from the Zulus to the Maoris, from the Aboriginal Australians to the Chinese and Balinese, smoke unites these ancient cultures and carries a common meaning. In Ancient Greece, after a long period of mourning and fasting, part of the ritual to connect with the deceased involved smoke, but the preferred smoke of the Ancient Greeks was obtained by burning sulfur and some other minerals. It was believed to part the curtain between the worlds of the living and the dead.

The oldest recording of the use of smoke in ceremonies comes from Ancient Egypt. A scripture in Giza dating back to 1350 BC describes how some herbs were burned during religious ceremonies. The Babylonians also burned dried herbs during prayer and prophecy rituals. This tradition was passed down until 500 AD, with the Israeli people using it in their rituals as well. From there it passed to Greece and then to Rome and even India, where both Hindus and Buddhists still use it during their rituals and festivals.

It would not be farfetched to say that “ceremonial smoke” is a global reality that incorporates numerous cultures, religions, times, and regions with its rich and long history. Yet those who first referred to ceremonial smoke as “smoking” were the indigenous peoples of North America, the First Nations. The smudge stick of the natives was immediately accepted by the European arrivals once they found out what it was. It opened the door for a new interest and belief and became an indispensable part of rituals in the New World. The composition of herbs differed in accordance with the region, because over time, people had developed preferences based on the herbs that grew in their areas.

Even though information about cleansing negative energies with smoke has been widely distributed, the ancient peoples had another use for smoke in vision and prophecy rituals. Smoke was used in rituals and ceremonies to cleanse the participants and the tools being used, as well as to sanctify and open up the venue to which spiritual beings would be summoned. The four most significant herbs used by the Native Americans are tobacco, sage, cedar, and sweet grass (a type of grass that smells of vanilla—the Latin word for it is Hierochloe odorata, meaning “fragrant holy grass”).

According to their faith, smoke opens communication between this world and the afterlife, but it only allows positive energy to pass through and keeps the negative energy at bay. During the ritual, herbs and resins are burned in seashells or an earthenware pot, depending on the ritual. Songs are sung loudly to express gratitude and wishes. The smoke of the incense is fanned toward a person or around the venue with feather fans in order to clear the unwanted negative spiritual energies. Smoke is also used in ceremonies and exclusive healing sessions, while incense is also used when moving into a new house, when expressing a desire for better living conditions after harsh weather, and to cleanse the atmosphere after an argument and call for love and understanding.

In Mayan shamanistic belief, it was understood that incense opens up all the senses and removes the barriers between cosmic worlds, increasing the consciousness of the shaman or healer and strengthening his or her healing powers. Another function of incense smoke is to clear the atmosphere when preparing a venue for the healing process. As the smoke rises, so do the prayers toward the world of spirits, carrying away negative thoughts and feelings with them. Some herbs also have real antiseptic properties, and as they burn, they cleanse the air of bacteria. Smoke plays a role in two significant shamanic practices of this ancient culture, namely the Vision Quest and the Sun Salutation Ceremony. These are thoroughly engaging practices, with the participants becoming aware of a certain power.

Every object used in a ceremony has a symbolic meaning, and it also represents a connection to the four elements.

The feathers of the fan represent Air.

Sometimes just one type of herb is burned, but a mixture is generally preferred. It’s believed that the vanilla-scented sweet grass is immortal and carries the magnificent scent of the mountains and the skies. Sage, meanwhile, represents the clean smell of the desert. Tobacco, which is believed to carry up prayers and thoughts with its smoke, is believed to be a combination of the scents from mountains and deserts.

Satisfaction in Your Sexual Life