Home > Traveller > A Pilgrimage with St. George to Capture the Imagination 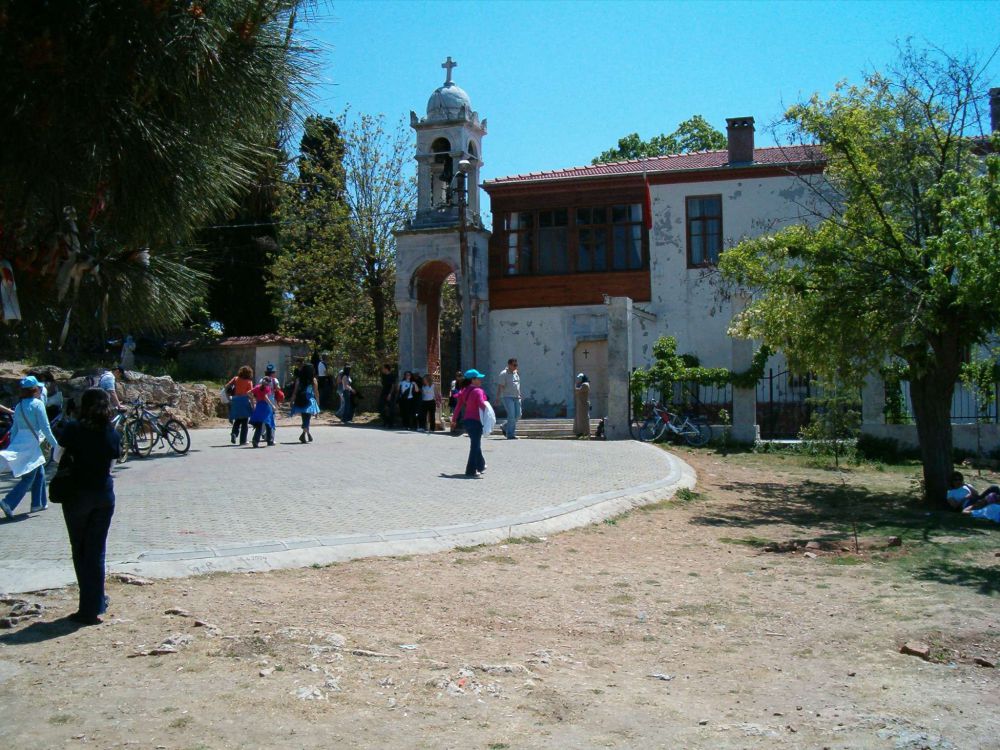 Aya Yorgi (St. George) Church was founded in the name of St. George and located on one of the highest points of Buyukada Island, off the Asian side of Istanbul. Aya Yorgi has particularly been recognized in Turkey as the foremost influential authority of the Orthodox Church.
The Church referred to as Aya Yorgos by the Greeks has been well known as Aya Yorgi through the course of time. The most noteworthy motif of the church is the icon of St. George killing a sea monster with his spear. In various occult sources, the icon is mentioned to have many spiritual meanings. There is a legend about those icons which make this church a popular visitor place and vow center for religious orders.
It is said that in the Byzantine period, there was an unspoken custom whenever under military occupation. The priests who wanted to rescue the Aya Yorgi icons and other holy objects hid them underground and covered them with soil. After many years, Aya Yorgi appeared in one shepherd’s dream and told him to climb way up to the church and dig in the soil where he hears bells ringing.
Although the shepherd did not take this dream seriously, after dreaming the same dream three nights in a row, he said, “I shall see for myself” and climbed up to the church barefoot and in silence. Of course, he may have been barefoot due to his poverty and silent because he climbed alone. What he saw in his dream became reality though: As he reached closer to the church, he could hear the church bells ringing and stopped in his tracks. He began to dig in that exact spot and found those buried icons and holy objects. Astonished, he found them as new as the day they were buried.
Today, these same icons and holy objects are exhibited in Aya Yorgi Church. Since the history is written on the church’s wall, we know this church is not the actual place where the icons were primarily kept. It is the second restored church of three constructed by a modern priest.
Aya Yorgi also serves as one of two Christian pilgrimage sites; the other is the House of the Virgin Mary in Ephesus, near Izmir, Turkey. Streams of visitors gather each year on April 23rd and September 24th, so much so that a person can hardly find one space empty on the path to walk to the church or a place to stand in the church or even a space on the ferry over to Buyukada. Some Christians believe that anyone who walks up to the church completes a half pilgrimage and only fulfills the full pilgrimage if they also visit the House of the Virgin Mary in Ephesus.
During these specific times, you must reach the island early in the morning or the gates of the church may be closed due to crowds. Sometimes, the police must oversee the orderly progress of the large crowds. The real lucky visitors get to climb all the way up to the church in silence and make a wish in the church, and then they buy a bell or a key from the church. If the person’s wish comes true, they must return to the church and leave the object they previously bought. The Church also appreciates pilgrims who bring oil with them.
There was a woman named Seyda who walked this pilgrimage, made a wish, and took a key. When her wish came true, she had forgotten to return the key. Oddly enough, a priest appeared in her dream and reminded her to return the key. Fortunately for Seyda and all visitors, the church is open many other times during the year as well.
On your way up the path to Aya Yorgi Church, you will see many ribbons tied to the bushes, multiple stones on top of each other, and even the empty ribbon spools. It is legend that the person who climbs this path in silence and ties a ribbon to a bush will have wealth and their wish will come true. Also, anyone who takes ribbons off the bushes, they too will receive a lucky break and good fortune.
Not to be missed on your journey up to Aya Yorgi is perfect air quality and the tranquil scenery. A nearby restaurant offers delicious meals, and the tasty wine served in this area is an exclusive production specially made by the Church’s priests. Visiting Buyukada and leaving without a fine meal would be considered a great loss.
Have a nice trip!