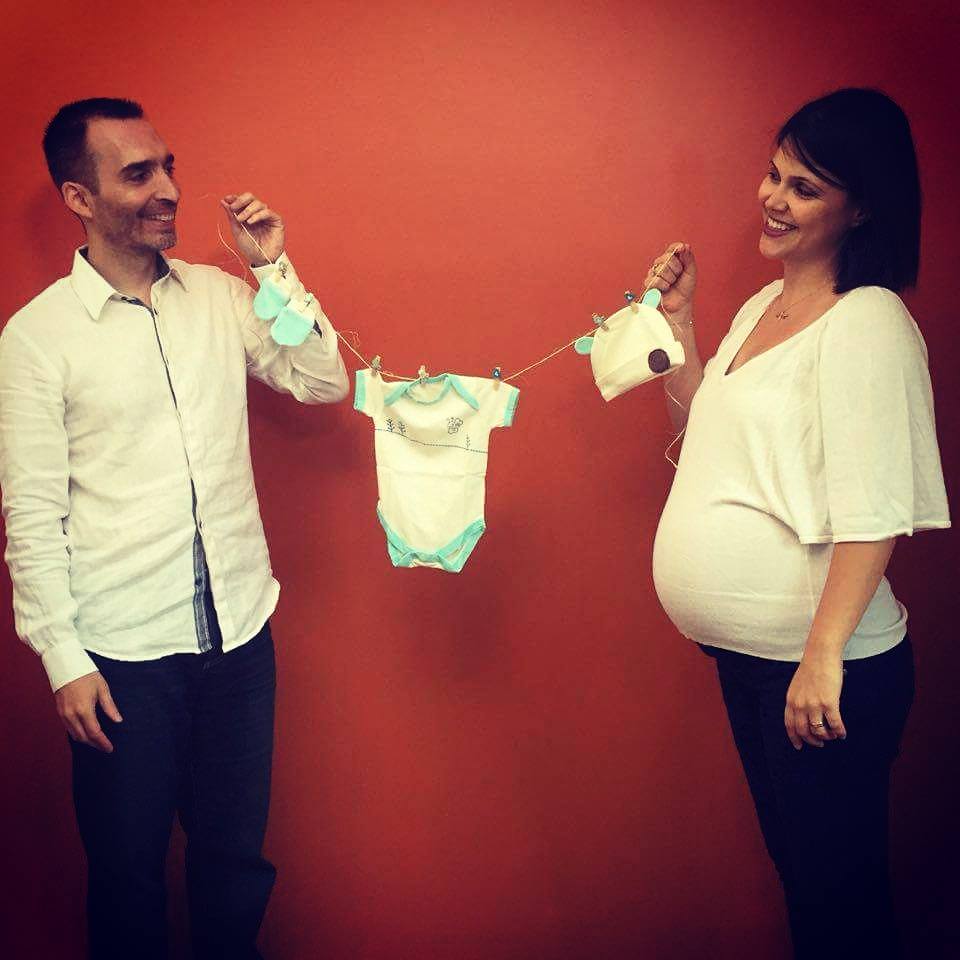 he eating habits of an expectant mother are very important, because the unborn child is entirely dependent on its mother, and her habits directly affect the life of this new being.
I’ll start by pointing out how there are two different views about the beginning of a baby’s life.

I don’t have any statistical data to back this up, but based on my observations of pregnant women, most believe that a baby’s life starts at birth. They consequently make the most of their pregnancy, eating whatever they fancy, because they believe it’s the only acceptable time to be fat. Society even encourages them to do it.

Some of us are inclined to believe that life begins with conception, at the coming together of two living cells. Pregnant women with this belief therefore pay more notice to what they eat during their nine-month gestation period. But what about someone who didn’t live with basic hygiene before, didn’t pay attention to what she was eating, was overweight, and so on? Suddenly after getting pregnant, she starts paying attention to her eating habits. Do you think she would be healthy enough to pursue a healthy pregnancy? What kind of hereditary problems might she transfer to her child? It’s time to introduce a third perspective…

Here we talk about heredity. Heredity is the process by which the characteristics of parents come to be embodied in their children. If you have certain health problems, such as obesity or diabetes, there is a risk you will pass them on to your child. You will also pass on your eating, sleeping, and activity habits to your child. This article is about nutrition, though, so let’s stick to that. For the sake of simplicity, I’ll also assume that the expectant mother, or someone trying for a baby, already has good eating habits, so we’ll limit this further to eating during pregnancy.
During the entire gestation period, the baby is completely dependent on the mother. She is charged with providing all the materials her child needs for growth, repair, and development. That’s why she must seek out sufficient food, clean air, water, warmth, and sunshine. These factors comprise the prenatal culture, which is to maintain a state that is conducive to the healthy development of the child before birth. Drugs, serums, vaccines, smoking, alcohol, and stress have no place in a rational prenatal culture. A mentally or physically ill mother cannot be expected to deliver healthy children! In this sense, a mother’s responsibilities are greater than society realizes and more than most mothers are willing to fulfill. Pregnancy is often used as a pretext for indulgence. Mothers are unwilling to make any sacrifices, and they are even encouraged to satisfy their cravings.
If a mother eats suitable food during pregnancy, she can preserve her teeth and childbirth will be safe and easy. So what does she need to do? Let’s start with the “do’s.”

Nutrition that is dense in vitamins and minerals

An expectant mother needs more vitamins and minerals than at any other time. She should supply all that is needed for the healthy development of her child.

It’s clear that a large amount of fruits and vegetables, together with a reasonable amount of nuts and seeds, are needed.
Most doctors prescribe prenatal vitamins during pregnancy due to the increased demand for iron, calcium, folic acid, magnesium, and so on. However, synthetic vitamin supplements can be dangerous because they do not always assimilate into the body. My personal advice is to eat plenty of fruits and vegetables and a fair amount of nuts and seeds to avoid any vitamin or mineral deficiency. However, you must still check your blood values regularly, as any good doctor will ask you to do, so you can see if you’re experiencing any deficiency. If you do, you should start supplements before it’s too late.

Omega-3 fatty acids boost the development of your baby’s brain. This may lead to better vision, memory, and language comprehension in early childhood. It may also help avoid postpartum depression. Flaxseed oil and walnuts are particularly good sources of omega-3.

Consume as much fiber as possible

Dietary fiber is the portion of food that the body cannot digest or absorb. Instead, it passes through the stomach, small intestine, and colon before being expelled from the body.
There are two forms of fiber:
Soluble fiber dissolves in water to form a gel-like material. This can help lower blood cholesterol and glucose levels. It can be found in foods like oats, peas, beans, apples, citrus fruits, carrots, barley, and psyllium.
Insoluble fiber promotes the movement of material through your digestive system and increases stool bulk. It’s very important for anyone with constipation problems or irregular toilet habits. Wholegrain flour, wheat bran, nuts, beans, and vegetables (e.g., cauliflower, green beans, and potatoes) are good sources of insoluble fiber.
During pregnancy, many women experience constipation problems, with severe cases possibly leading to hemorrhoids. Eating plenty of fiber-rich foods helps to prevent these problems arising, and it will tend to make you feel fuller for longer.

Drink as much water as possible

It can be hard to stay hydrated during pregnancy. Much of the fluid you drink leaks from blood vessels into tissues. Hydration plays some essential roles in:

Research has revealed that an expectant mother’s body pH will tend toward becoming acidic during pregnancy. A likely reason for this is the growing fetus’s need for alkaline minerals. These minerals must come from the mother’s body, so her stores are depleted and her pH consequently becomes acidic. Another contribution is how the growing fetus absorbs nutrients through the umbilical cord, but once these minerals have been absorbed, they create acidic waste that accumulates in the placenta. The mother’s blood vessels are not connected to those of the fetus, so she cannot carry out this waste, meaning the acidity remains in her body. This is why an expectant mother should eat an alkalinizing diet with plenty of vegetables, fruits, and water.
Acidifying food and drinks—such as meat, dairy, cereals, alcohol, coffee, tea, soda, industrially produced juices, sugar, and tobacco—seem to cause defective teeth. (We usually find alkaline minerals in the teeth.) These should be balanced out by eating large quantities of green foods and fresh fruits.
Now come the “don’ts.”

Do not exaggerate your protein intake

An expectant mother needs a little more protein each day, but the average woman already consumes two or three times the amount of protein she requires. It follows that adding even more protein to your diet can be harmful, as a continued excess of protein results in severe health disturbances.
Foods like nuts, peanuts, avocados, soybeans, bananas, sunflower seeds, and green vegetables will supply the protein with the greatest biological value.

Say no to pesticides and choose organic, locally grown produce

The immune system of your baby is not yet developed, especially before the 36th and 37th weeks of pregnancy, so he or she is much more sensitive than an adult. Pesticides in food and water are known to cause premature labor and birth defects. They can also cause various illnesses in later childhood, such as asthma, autism, neurodevelopmental delays and cognitive impairment, childhood brain cancers, attention deficit hyperactivity disorder (ADHD), endocrine disruption, and so on.

Do not “eat for two”

Research has revealed that most women gain too much weight during pregnancy. An excessive weight gain brings many risks to your baby’s life, such as a greater risk of obesity, diabetes, and heart problems. It’s very important to base your weight gain on your weight-to-height ratio before you became pregnant. For example, a mother who is 162cm tall and who weighed 58kg before pregnancy should gain around 10–12kg over the course of her pregnancy. If you aim to gain about 1kg each month, with a margin of 3kg more in the end, you’ll probably end up in the healthy weight-gain interval.
Under normal circumstances, a mother expecting a single baby needs an extra 300–340 calories in the second trimester and 400–450 calories in the third trimester. This may be different for a mother who was underweight or overweight before pregnancy.

Do not eat empty calories

Refined sugar is commonly found in white bread, candies, desserts, and sodas. It rushes into your bloodstream and quickly increases your blood glucose level. This may result in fatter newborns, increasing the risk of obesity later. Lay off the white stuff and go for unrefined grains instead, such as oatmeal, brown rice, quinoa, and whole-wheat tortillas and bread.

Do not go on a diet

You should not go on a diet when pregnant unless told to do so by your obstetrician to address a serious weight issue. If you follow the simple “Do’s and Don’ts” in this article, you’ll only gain the reasonable amount of weight that is necessary for your pregnancy.
For my own pregnancy, I’ve changed very little of my eating habits. I’ve been eating lots of fruits, vegetables, nuts, and seeds. I complete my diet with legumes, a few grains, and some eggs. One thing I did introduce was eating some fish and seafood, which was very difficult at first as a formerly strict vegetarian, but it was a decision I made for the sake of my baby. Fish and other seafood contain good amounts of omega-3 fatty acids and zinc. Everything comes from an organic source, and I refuse to eat any farmed fish. I also only eat small fish because they contain less mercury.
I drink plenty of water, and I’ve shunned refined sugar, alcohol, coffee, and tea. I’m now in the 38th week of my pregnancy and I’ve gained 24 pounds, with my baby boy weighing seven pounds now. I’ve had no problems with anemia, pregnancy diabetes (despite eating loads of fruits), hypertension, cholesterol, constipation, morning sickness (even in the first trimester), edema, and so on. As a trainer, I also still workout regularly.
Wishing you a pleasant pregnancy. 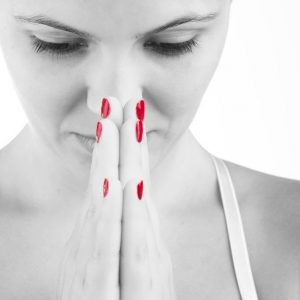 Getting Sick: Coincidental or Not?