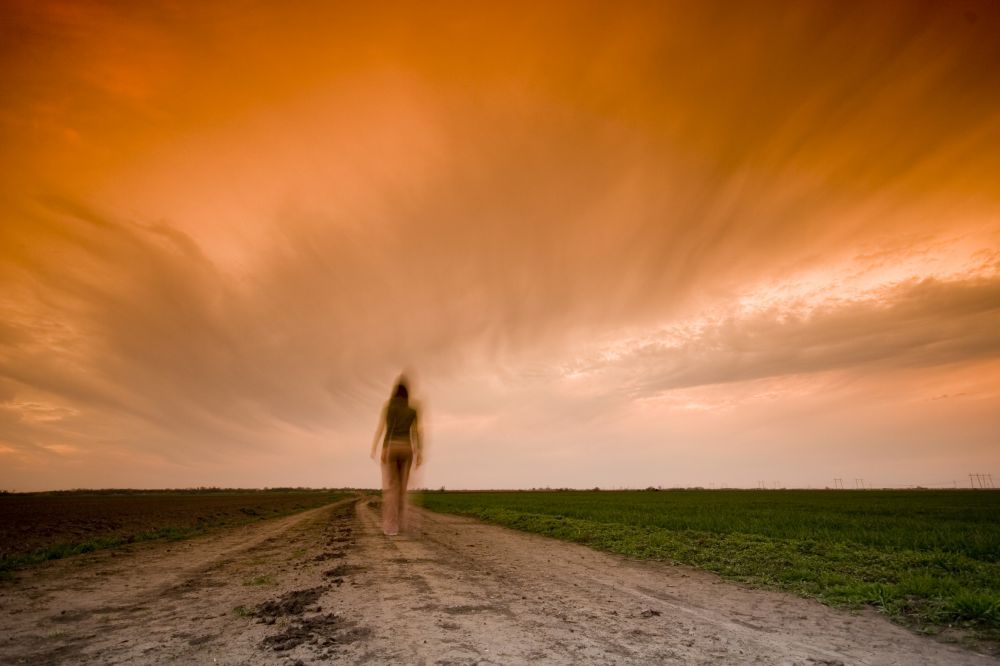 She had been completely stressed the last few days. She faced a wonderful opportunity that could help achieve all her desires. Most people would see it as a marvelous piece of luck, but it wasn’t that simple for her. She hesitated to make the choice. She didn’t understand why she felt so desperate now, just a step away from all her desires.
Life was telling her to be brave. This was a reminder that she had to take risks to achieve her life’s desires. Instead of analyzing the choice in minute detail, she needed to leave her comfort zone and resign herself to the divine order.
She knew she would still be at the same place, even after many years, if she did not take this step. But what if she did take that brave step? Then she would either fulfill her wishes or it would fail and nothing would change, but at least then she would feel content because she didn’t fear change. She would be able to say, “At least I tried.”
Should she take this indefinite journey? She couldn’t stop thinking about the possible negative outcomes. Her mind was so restless that she became increasingly stressed as the days passed. Sometimes the answer seemed so clear and encouraging: “Don’t even think about it; what are you waiting for?” However, sometimes the answer was prudent and brought to mind mistakes from the past: “Don’t do that; you will regret it!” The things she ignored were continuously spoiling the important parts of her life. Living with fear was not helping anyone. Hoping to achieve success without an effort to progress was like waiting to win the lottery jackpot without even buying a ticket.
A friend, who believed in the wisdom of the skies, would always tell her to look at the sky. She would always say, “As it is above, so it is below.” She would also advise her, “Enter through the narrow gate, for the gate that leads to destruction is wide and the way is broad, and there are many who enter through it.” That was right; only by choosing the narrow gate would she get rid of her vicious cycles. The real life was the one beyond the comfort zone and its habitual cycles. The habitual life also had some difficulties, but as she was more familiar with them, they seemed only like cute ghosts that lacked the power to frighten her.
Believing that horrible monsters and ghosts wandered outside the usual life was no different to going back and forth in a dark alley. Perhaps she had to listen to her wise friend and break this cycle, where she stood physically but did not belong spiritually. Perhaps now was the time!
During these stressful days, a huge finger pointed out how wide the sea of possibilities was. She had to follow the signs in the sky as if they were street signs. All roads led to where they should, whether she understood the signs or not. The only difference was the difficulty of each road. “Choose the narrow path,” said her wise friend.
She took a deep breath and asked the Creator for patience, fortitude, submission, and serenity. She was now determined to step outside the cycle, and she congratulated herself on that precious decision.
She wished “Bon Voyage” to herself and planned to start her journey early the next morning. She would remember all her old cycles as if they were only dreams. Dreams are the signs that show us our paths, are they not?

I Fear to Love

A Conversation between Myself and My Mind