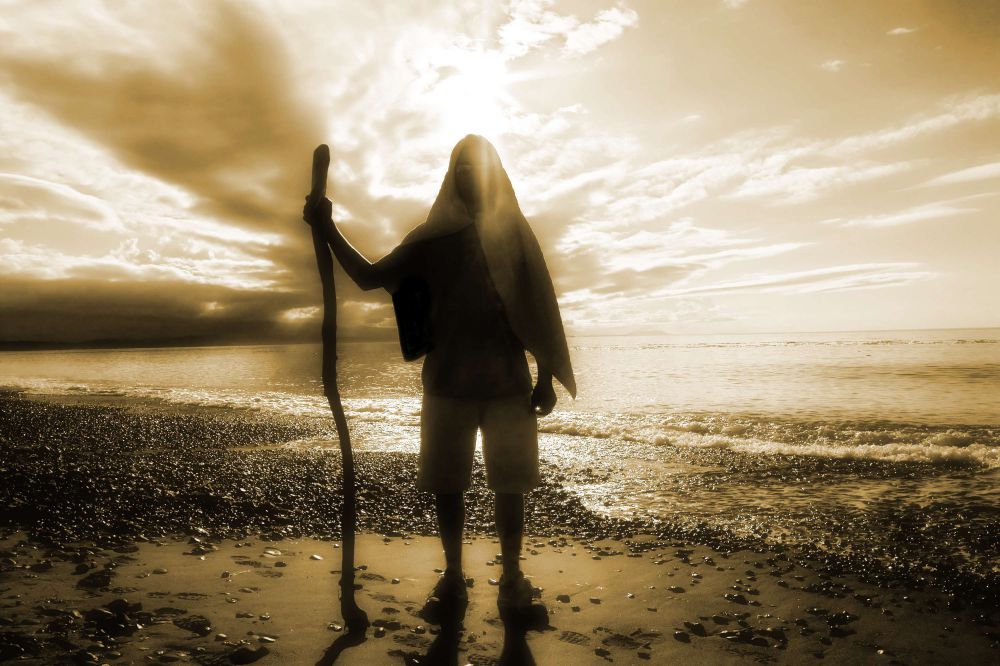 Since childhood, I always thought about time-travel to the past and future. Especially during the last few years, it accelerated due to the urge to see and kiss the ones I love, miss and lost. I watched a lot of movies on this subject; read scientific, esoteric and metaphysical materials, and amazingly, I always ran into the same name in every reference—Hızır.

Hızır is a legendary personality in Muslim culture believed to be immortal and helps everyone in need. Interestingly enough, with a passport to shift between time and places, he is believed to time-travel to the present to take precautions to prevent an event in the future and claims license to make minor adjustments.

Is he a traveler of time and dimension or a protector? Or, could he be a warrior of light with permission to travel through time at his will to deal with the dark side? Maybe he is just an ordinary human being blessed with wisdom from Allah. Maybe, he even comes from the future…

This legendary person stands as a prophet or angel for many people. He was mentioned in the Koran as the man blessed with Ledün (knowledge of past and present) wisdom. The Koran reveals that Allah imbued Hızır with wisdom and the capacity for knowing the past and the future. This shows that Hızır travels through time. In some books it is said that Allah taught him His own wisdom and blessed him with the gift of shifting between seasons, time and places.

Interestingly, he can be seen in many parts of the world at different time frames. As a matter of fact, stories about Hızır helping people in need, bringing abundance and fulfilling wishes appear in different cultures, beliefs and religions. “Hızır belief” can be seen in Christianity, Judaism, Zarathustra, Shamanism and Ancient Greek religions. Especially, “Ilya” belief in Judaism is identical to Hızır. According to the Holy Scripture, Ilya can be seen by Jewish mystics, teaching them hidden wisdom.

Hızır is a shape-shifter, according to his portrait in different resources. He shifts into very different body shapes, emerging as an old man, a young boy or a child. He travels very long distances in the blink of an eye. He appears at the exact time help is needed and immediately disappears when he’s finished. Gifted with many virtues, he can walk on air and in space; he may stroll on water without sinking and knows alchemy.

Also it is believed that Hızır teaches wisdom to some people when they reach the position of surrogacy, namely, “The Position of Hızır.” Hızır personally tutors a man who reaches this position and the man consults Hızır while making important decisions. In Istanbul, legend discloses that many holy men were educated by Hızır with Ledün wisdom. He appears to them in person, talks with them, and eats with them.

He generously rewards decent and good-intentioned people. It is mentioned however, Hızır does not teach wisdom to all holy men; he can help only if Allah blessed that person to learn Ledün wisdom, the holy wisdom granted only to a man chosen by Allah. If it is not in their faith, the person cannot learn it, despite their will.

What If We Encounter Hızır One Day?

Only one way exists to understand if Hızır has come for the person in need: The belief shows that Hızır’s thumb on his right hand has no bone; the index and middle fingers on both hands appear the same length, and more importantly, wherever he steps, leafy plants or grass emerges. Namely, if a person thinks that they met Hızır, they should look at his hands and to the place where he puts his feet. However, people usually recognize Hızır after he disappears, so goes the story.

Someday He Will Come

To travel in time does Hızır use the tunnels in black holes, called Einstein-Rosen bridges? Or does he stroll through what American physicist John Wheeler called parallel universes? Time machine, black holes, white holes, the necessary big energy and also the ability to exceed the speed of light… These are all issues scientists continue to work on. Maybe one day with technological improvements following scientific developments, one by one, we will follow in Hızır’s footsteps as well. Yet, till that day, Hızır legend survives and his deeds protect their mystery.

I always dreamed of holding Hızır’s shirttail to travel back and forth in time or to taste a small piece of the wisdom he is blessed with. Maybe one day…Who knows?

Filiz Baştüzel received a bachelor’s degree in International Relations from Middle East Technical University in Ankara, Turkey. She has worked in managerial positions in several multinational companies, and for the past seven years, worked as a European Union (EU) Funds Consultant. In 1995, Filiz faced a traumatic life experience leading her to search out cures for her pain. During this experience, she began a new voyage on a different path in life. She has experienced and investigated different types of healing, energy transformation and consciousness techniques and teachings. Filiz has used her experiences to heal herself and others, and now works as a teacher and therapist in Istanbul, Ankara, Adana and Izmir, Turkey.

A. Kerim Soley, 8 years ago