Home > Soul > The Elephant in the Room 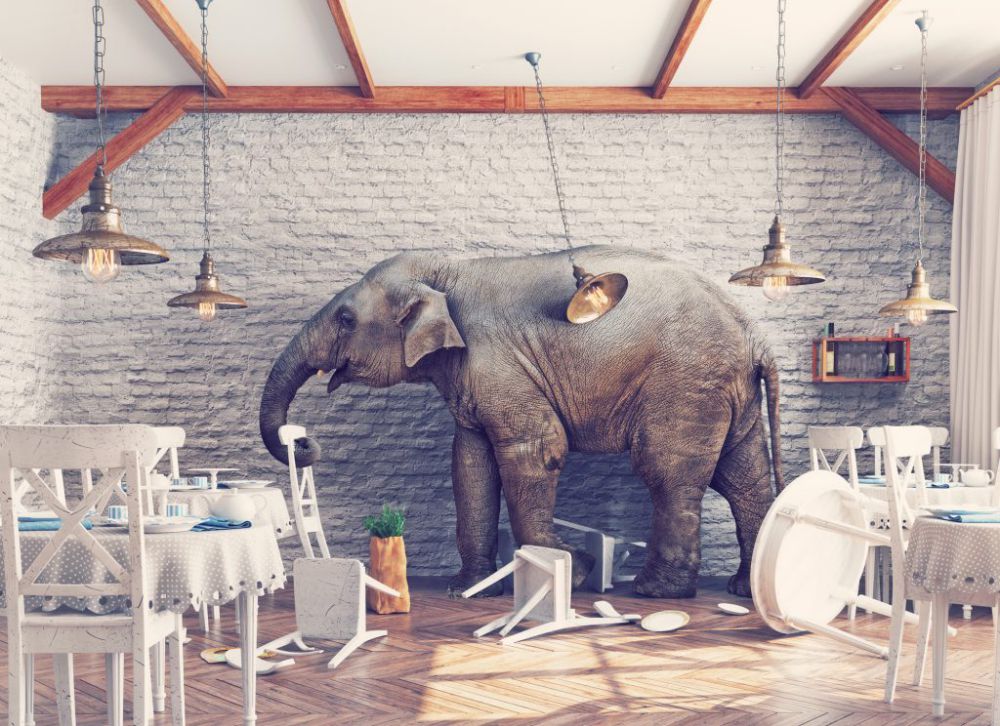 I loved a note on Cem Şen’s Facebook profile: “All experience is kept in one’s memory, because it’s interpreted by the mind. Reality is no more than the interpretation of the mind. However, the truth is beyond all interpretations. That is why a quiet mind is vital.”
The situation of the “elephant in the room” flashed through my mind while reading this note. I don’t mean the obvious pun of ignoring a looming issue but rather the story of it. It goes like this. They gather a group of blind men in a room and ask them to define an elephant that’s also present in the room. One touches a tusk and concludes that the elephant resembles something like a tusk. Another thinks that it’s like a huge ear, and another thinks it’s a thick, wrinkled pole, and so on. Despite their blindness, each claims to know what the elephant is like. To put this in the context of Cem’s note, he is talking about the elephant, while reality is the part we can actually touch. Although we claim our part is the ultimate truth and fight for this cause, there are as many realities as there are people living on this planet. Everyone’s idea of truth is correct in a way, because we’re all touching some part of the elephant.
Now, let me tell you a secret. The men in that room were not actually blind—they were just blindfolded. To notice the blindfold and remove it is the point of awakening, the epitome of doomsday. You might be dazzled when you take it off. You might see nothing, because your eyes are not used to seeing. It takes a little time for your brain to learn how to handle the new input, but colors and shapes start to form after a while, and you realize there’s a huge animal in the middle of the room, with little men touching various parts of it and proclaiming they have found the truth. The truth, however, is this very scene and what is beyond it…
…hence the acknowledgement that the truth brings along. At this point, you cannot deny anything. “The thing I’m touching is the truth!” shouts one of the little men. You realize he’s holding the tail. Sure, the tail exists for real, and you can choose to say, “Okay, I can hold it too,” or you might want to caress its neck instead or just stand back and gaze at the scenery. This is called acknowledgment and making a choice.
The elephant in the room is existence itself, and it’s really an infinitely larger truth than the elephant metaphor. I dare to say that NOW is the time to remove our blindfolds and feast our eyes on the scenery, enjoying it to the max.

The Tyrant and the Sage

The Quantum in My Kitchen