Home > Soul > Have You Ever Missed Someone You Do Not Even Know?
Soul 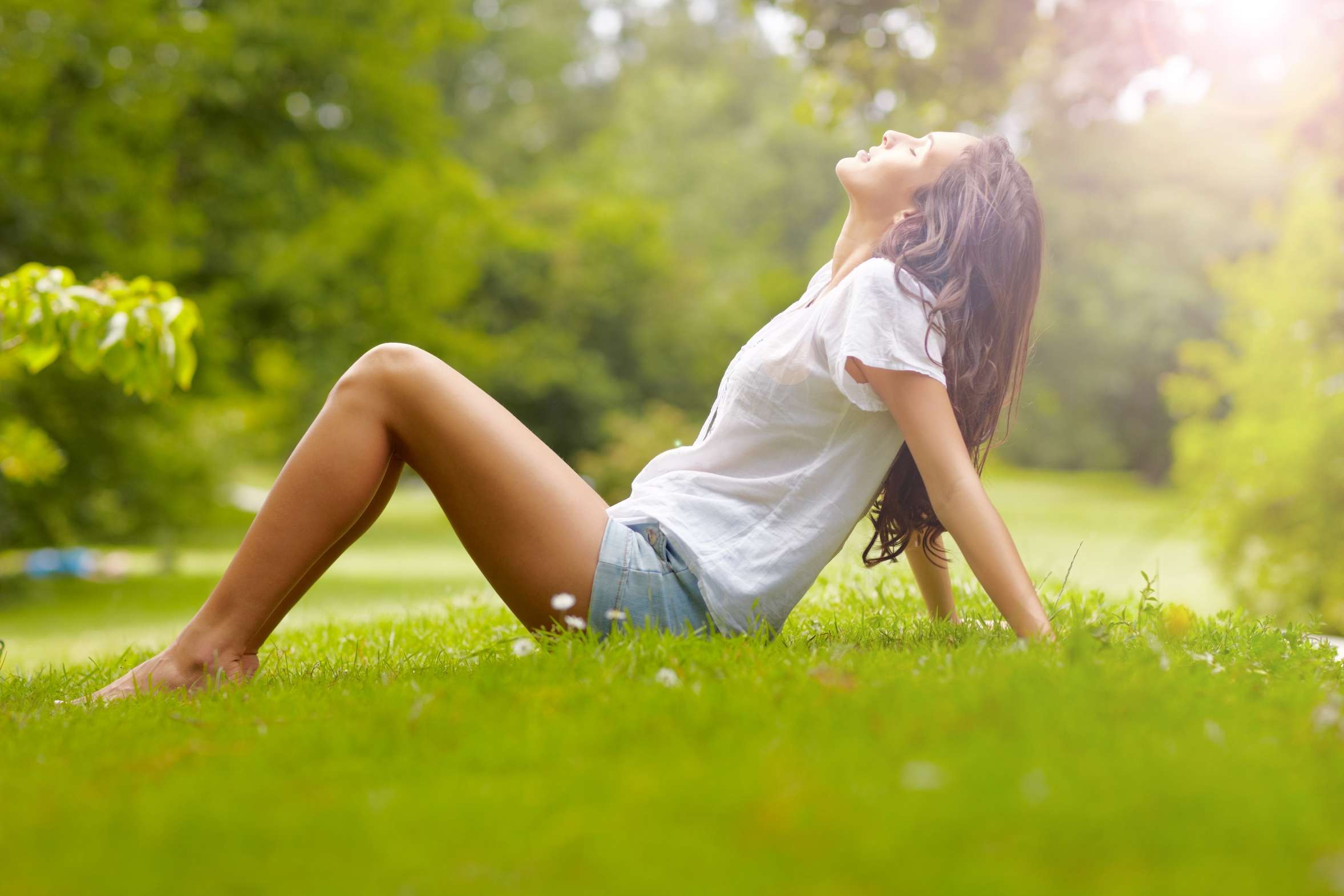 Yes, I have. I first saw him four months ago when I started yoga.

He was utterly handsome, but what I felt toward him was not a physical attraction. One day, after a yoga class, I could not leave the yoga studio because of a sudden heavy shower outside, so I decided to take the following class as well. And there he was, standing in front of the class, like the statue of a Greek god, as the instructor of the class. Then, he started the introduction, and this gave me out-of-this-world sensations, as if he was not the one talking but rather me. I was hearing my words, my emphasis, my vocal depth, my perspective, and my space that I hold in my interactions with others. Yes, I had always been deeply connected to my body, but during that class, the connection I was experiencing with myself was something altogether different. When we talked at the end of the class, I learned that he had been a breathwork therapist like me, but he decided to stop after learning yoga, because for him, it is the most holistic healing method that covers many other methods, including breathwork. I had only being doing yoga for four months, but I completely agreed with him about the power, comprehensiveness, and connectivity of yoga. At the end of that basic talk, I felt that even though we had never met before, we had been walking the same path together, crossing roads together, and going around the same bends with the same purpose in life: to serve. Before I left, we hugged each other and said, “Until the next time.” I felt my feeling of oneness was complete now in all dimensions: spiritually, mentally, and finally physically. I was melting and disappearing. I let my body and my breath go completely loose in his arms. I was breathing in a passionate love with every inhale, and the physical borders were becoming shadowy illusions with every exhale.

In the following weeks, I kept attending his class, even though it took place at an inconvenient time and day for me. When I am meditating, normally nothing shakes my concentration and alignment, but when he was around, I could not even close my eyes. I could not eat before his classes because of the butterflies in my belly. I could not behave like the usual daring and vivacious me when he was around, and I was almost frozen from expressing any kind of human interaction. Was this love? To be honest, if this was love, love must be something fatal. My heart burned with longing if I did not see him for more than a week, but when I saw him, my heart, mind, and body burned like a fireplace. It was undefinable. Maybe there was no need to define it. Finally, I stopped interpreting whatever was happening as weird, nonsensical, out of line, or meaningless, and I let myself experience all of these undefined feelings and sensations. How could I know the longing was not for him?

During those days of intense emotions, I realized something for the first time in my life. I had always wanted to connect strongly with my body, because it helped me to recover from past traumas, negative thought patterns, and limiting beliefs. However, I never thought that the same connection with my body could provide me the same recovery and healing through intense pleasure, love, and endless fireworks in my mind, becoming lighter and lighter with each breath. I had become a super-creative person because of feeling love toward someone I could hardly touch. All the projects I planned  became reality one after another. Fresh ideas and innovative solutions for a wide range of topics flooded out of my head, and I tried to record them in a small notebook. Even the stressful corporate life became enjoyable, and I felt productive and creative in every minor task. Yes, there was still the longing, but it helped me to wake up excited every morning. I actually imagined myself walking on the path of love with someone I had been in love with for a long time. At that moment, I realized that physically being together was not even necessary in order to experience oneness. Oneness was something apparent on the spiritual dimension, and we can experience it with someone we do not even know, literally with everything and everyone.

Since I wanted to serve on the path of love, and there was someone unwittingly providing me with the spark for the inner energy, motivation, creation, and strong determination that I needed to make my dreams a reality, why shouldn’t I take advantage of it? One night, I had a dream where we were two doctors wearing white coats. We were preparing a woman for an operation. Maybe we could indeed, as the divine feminine and masculine, hold some yoga, breathwork, and tantric camps and lead loving lives together, heart to heart. Who knows?

One Sunday morning, I went to his class, where I felt like I was about to faint from overexcitement. I suddenly felt like I had had enough of this experience and needed to end it. I decided that I did not want to live a painfully pleasurable life anymore. However, I knew that in order to stop the pain, I had to give up on the pleasure too. The class started with an anjali mudra with hands brought together in front of the heart center, but I refused to close my eyes. Instead, I kept looking into his eyes. I had an intention coming from deep inside my heart, namely to see him and watch what was happening between us. Suddenly, the light-pink yoga studio started turning a little less bright. It grew darker outside, as if it would start raining again. I realized I was reaching “the raw reality” by watching every detail take a less beautiful shape. He started looking older than he had before. It was almost like he lost all of his Greek-god-like magnificence. His voice was still tender and compassionate, but I sensed a kind of hesitation. Maybe he also had some fears preventing him from connecting with others, just like the rest of us. It’s unbelievable, but I have a hang-up, and I do not remember where it comes from. I have never liked feet, and I have actually always been disgusted by even my own feet. However, whenever I had seen his feet before, I had always thought how beautiful they were until that moment. That moment, even his feet started looking just as ugly as any others. I could not handle the heaviness of this reality and closed my eyes. What was happening? I had been in love with him, almost worshiping him until 10 minutes ago. What was now making him so mundane? Had he always been so ordinary? What had connected me to him so much that it made me worship him? I intended to answer these questions during the class.

During a savasana, all the answers I was looking for appeared before me…

The longing was one that I have been feeling for my “self,” and that unconditional and undefinable love was the love I could have for my “self.” That way of perceiving someone as so perfect was a desire to see my “self” as perfect. While I have the heart to see someone I do not even know as perfect, why could I not give myself the same positive attributions, kindness, tenderness, and understanding? While I could give someone a huge part of my heart without hesitation, why could I not show the same limitless and unconditional love toward myself? I was longing for the love I could not give to myself.  I longed to experience the oneness inside myself. The longing was for not being able to join in the divine creation due to a feeling of incompleteness. Now, after healing my feeling of incompleteness and experiencing pure oneness, I was able to reach the potential of my own creation. He had completed his duty in my life.

When I chose to become one with myself and experience love with myself during that savasana, a completely new window opened up inside of me. I heard a voice ask, “So, as you have whatever you need to become complete, are you ready to experience a place where falling in love is a matter of choice? Are you ready to see him, everyone, and more importantly yourself with the magnificent, unlimited, unconditional love of the Creator, even though the picture looks as ordinary as it can?”

A few tears ran from my eyes, just like in every other class. My answer was yes. I lifted my head upon my heart, dropped my hands on my knees softly, and opened my eyes slowly. In order to experience the holiness of our divine sides, we don’t need Greek gods or Egyptian goddesses. Holiness is in enjoying the ordinariness of our fascinating nature, and oneness is hidden behind the ability to see the ordinariness with unlimited and unconditional love.

With love to those who take us closer to this oneness…

‘Where’s my Stuff?' – Why You are Manifesting Zilch!

You Cannot Find by Searching

How to Charm a Spiritual Woman – Part 3