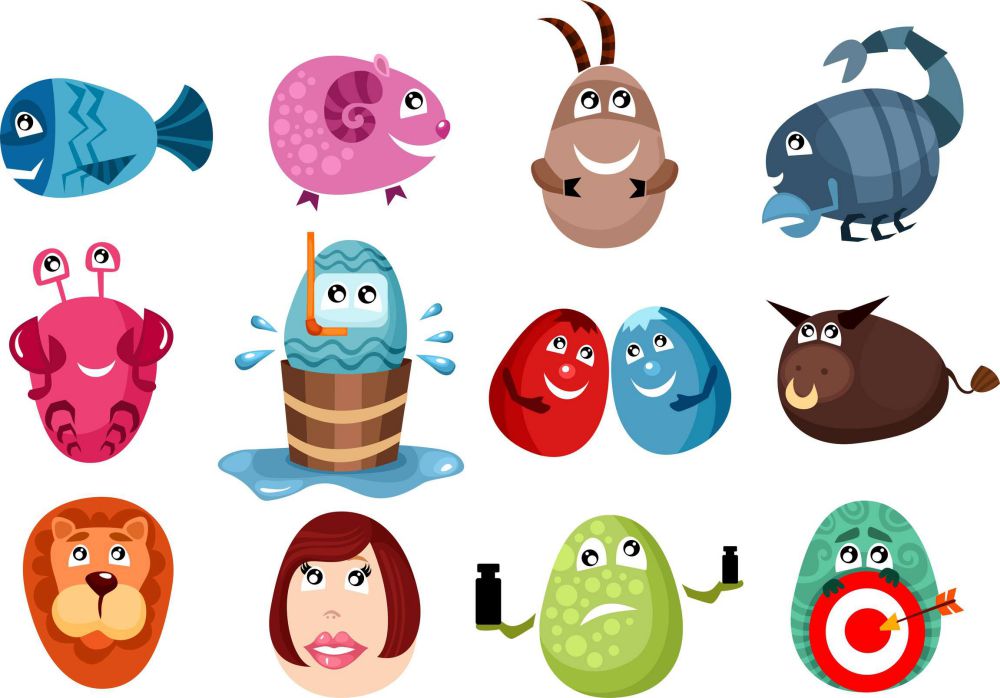 …God created the universe, and then he released the signs of the Zodiac, wondering what they would come up with. First rose Aries and Leo, who then approached God. God looked at them and said, “I understand what bothers you. Aries, take your seat at my right side, and you, Leo, take the seat on my left. I guess I have failed. You would have known better, so go ahead and explain how I should have done it.”

Aries and Leo did not waste any time and began making criticisms. Meanwhile, Taurus arose and said, “The land upon which I stand is the sole truth, my truth. There is no other truth,” as he walked firmly upon the ground. All the while, Cancer and Pisces gazed around with dreamy eyes. Cancer was deeply moved by the sunset and shed a tear while admiring its beauty. Pisces admired her reflection in a pond. “What a wonderful world, but wouldn’t it have been better another way? Maybe it will get better?” she said while grooming her hair by the pond. As for Aquarius, he wondered why he had created all this. Capricorn stood still, confident that where he stood was the best place to stand and refusing to move.

Scorpio, meanwhile, looked around before approaching God and saying, “You have created such beauty, yet it needs something more.” God then raised an eyebrow and said, “This beauty needs living things, so I am going to create them.”

Just then, Sagittarius bounced happily by, claiming this place was his playground and no one could take it from him. Gemini, on the other hand, looked left and right and tried to decide which side to start with, eventually opting to use trial and error. Virgo scanned every corner with a magnifying glass, carefully searching for something he could not find. In the end, he turned and looked at himself. He started crying as he said, “Among all this beauty, you have made me the ugliest.” But in fact, he was just ignorant of his own beauty. As for Libra, he was so serene and balanced. He even climbed up a rock and stood on one leg as he shouted, “Look at me! I can stand like this and not fall!” He then lost his balance and fell unceremoniously onto his face. He certainly knew about balance, yet he was the first to lose it.

The stage was now set as God arose and said to them all, “This is your playground. It was for me to create it, and it is for you to experience it.” Even as he spoke, Aries and Leo continued arguing about how things should have been.

God looked around and examined each of them. They all had their own moods. Then, with a smile on his face, he disappeared into the sky.

And they all lived happily ever after…