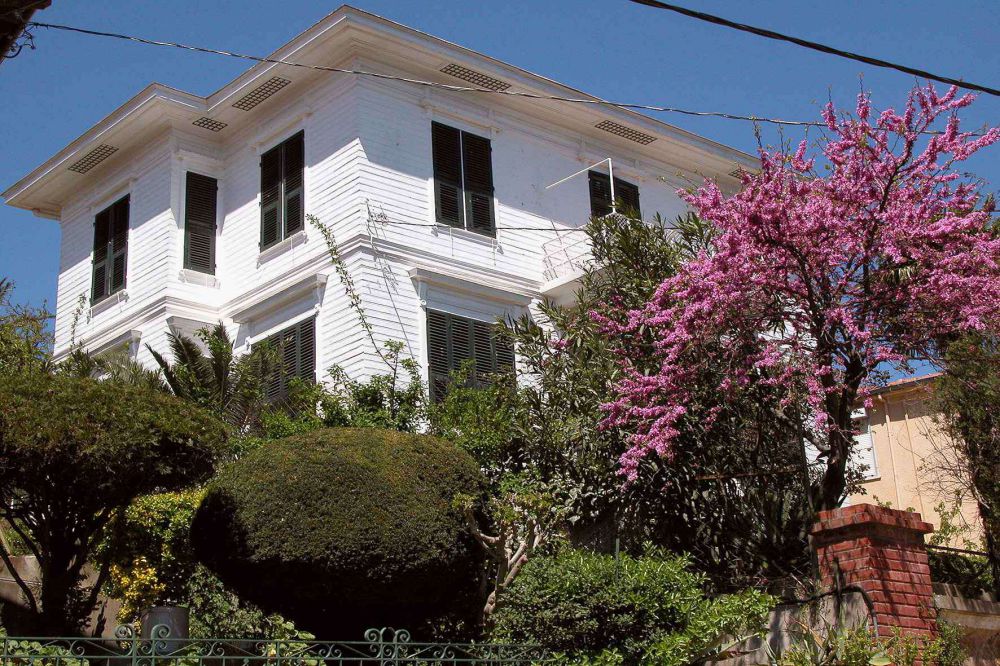 My plan worked out pretty well: Esin and I came back home for lunch unnoticed.
In the hustle and bustle of lunch preparation, I easily sneaked back to the master bedroom and unloaded the contents of my backpack back in the closet.
During lunch, Esin was quieter than usual but no one else noticed because she did not talk very much anyway. I was almost ready to relax and enjoy the meatballs and French fries on my plate when Jamila’s half-covered head appeared at our steps. Obviously she had left home in a hurry, her long black hair showing under the thin cotton scarf. Murad was sitting on her left hip sucking his thumb. He smiled when he saw me. He, for sure, had some good time swimming with us!
We all jumped when we heard the anger in her scream:
“Do you know what they did?” And then, extending a finger at me, “Are you aware of what shedid this morning? Oh! Of course you don’t know! This is a three year-old baby! They took my 3-year old baby swimming! He could have drowned! He could have died! Can you believe that they sneaked into the Club beach with my baby boy? Oh my God!”
My father took his time to finish lunch. He asked for a second serving and chewed very slowly. After Jamila left, nobody spoke. The silence was painful. Esin left all the French fries on her plate. My grandmother served her more meatballs. She didn’t eat them either. I cleaned my plate thoroughly with a piece of bread. My mom brought the watermelon from the kitchen and Turkish coffee. As I tried to capture the watermelon seeds under my fork, I listened to the sound of their coffee sipping. It sounded like they were inhaling the top foam layer into their lungs.
The silence was so loaded that at some point I thought I could actually hear their thoughts. My grandmother was preparing a speech that she would probably voice out in her advice tone: “In the villages girls your age are already married and doing all the housework.” My mom was fighting in her head but not with me, with my dad: “I can’t discipline her all by myself, obviously. She is out of control. How about for once you do something about her, heh?” My aunt’s head was down and she was smoking. Normally she didn’t smoke in front of her father. “How embarrassing…I should take some presents to Jamila tomorrow and apologize. What would be a good present? Something the girls can use as well. My sister should come with me as well. My dear niece why are you such a little monster?”
The only person who was enjoying the whole scene was my grandfather. First he looked like he didn’t fully grasp what had just happened. He was drinking his coffee with a pleasant smile on his face. But then, when I focused on hearing his thoughts I was surprised to find out that he was enjoying himself with the emotional confusion of the adults at the table.
Finally my father stood up, stretched and walked towards the steps. My mom, my aunt and grandma started to collect the plates and the silverware. It could have been because of that particular sad look on their faces, for a split second they all looked the same to me. Maybe they really did not care about us. Was it a good thing?
But then…
Half way up the stairs my dad broke the silence:
“I am going to take a nap now. When I get up, I want both of you here in the garden. Understood?”
The coldness in his voice was worse than anger. After he went upstairs I intentionally stepped on some ants and disappeared into the tall grass.
From far away I heard Esin’s voice. She was telling the moms my perfect plan and all.
***the end***

Who Am I Then?

Marie and Hasan: A Tale of Regression Therapy