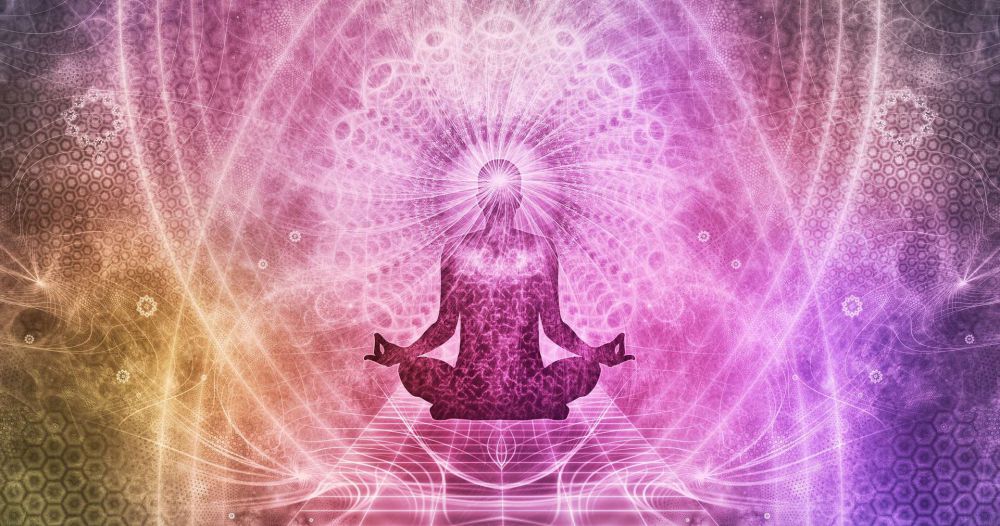 On my spiritual journey, I first encountered energy practices through Reiki. An aunt living in Ankara said to me, “I teach Reiki. It’s very easy to learn. Give me a million bucks, and I’ll teach it to you!” This was my first push toward Reiki, when I wondered what it actually was. Following this, I came across Reiki several times, but I still chose to keep my distance from it. In 2001, I created a mail group called sonsuzlukötesi (meaning beyond eternity), and in it, I brought together people interested in spiritual topics. I scanned for new members on ICQ every night. I met many great people, many of who are still my friends.

One night, I met someone with the nickname “Rose for Quills.” She said she was a Reiki teacher. We chatted for a while, but I still wasn’t tempted to try Reiki. I was very fond of playing soccer on grass back then. I’d also been going to the gym all summer for bodybuilding, so I was fit and ready for the new season. However, on my way to my first match, I heard a cracking sound from my knee as I climbed onto the bus. I had injured myself just getting onto the bus. I shared this event with my mailing group, and a Reiki teacher suggested that I go over and let her look at it. A million conflicting thoughts went through my mind, but my inner voice told me to go. After all, her house was very close to mine, so I accepted her offer.

I went to her place on a Saturday expecting to meet an older person, but two young bombshells opened the door, one blonde and the other brunette. They invited me in by saying, “Welcome, Hasan.” All my prejudices about Reiki flew out the window right then. This was the very first time I met face to face with my dear Reiki teacher Gülüm Omay and her student Reiki trainer, dear Tijen. Afterwards, Gülüm initiated me in Reiki Level 1. They then worked on my leg. As I left, they said, “You’re a student now, so I won’t charge you a fee.”

Over the following days, months, and years, I gained so many wonderful friends in that house, in addition to dear Gülüm of course. I was at Gülüm’s house constantly, during which I met many people, but even more importantly than that, I learned so much about energy practices. Back then, these practices weren’t as widespread as they are today. For example, I remember when dear Koray, another of Gülüm’s students, said, “I’ve encountered a new energy called Ra-Sheba,” which is an energy that was very new to Turkey in those days. I think I was the first subject for it. They laid me down and tried out the symbols on me. I didn’t understand much of what was happening, but I liked the fact that it was related to Egypt. Those were the times when Ra-Sheba and similar energy practices were just being revealed to us.

During my initiation into Reiki level 2, I saw images of beings who told me they were from another galaxy. They said to me, “The crystal energy net will be imposed on Earth, and with your permission, we’d like to work with you.” I did. There were no crystal children yet back then, although there was information on the indigo children that preceded them. They initiated me by placing me in some kind of a crystal. After that, I felt I could use crystal energy, but there was a group of healers surrounding me, and I was teaching them. I called them “The Pinks.” I announced this through my mailing group, and “The Pinks” became rather famous.

Another activity I engaged in back then was seeing past lives by touching people. It came to a point where I could see the past lives of a person sitting next to me on the bus, as if I was reading a book. It was also a great way to get girls. I mean, it was so cool. Who could refuse someone that sees their past lives? But one day, I went too far. There were 75 people in a sonsuzlukötesi mail group meeting. I looked at the past lives of more than 20 friends in just two hours. At the end, I couldn’t even stand up straight. We were at the house of my dear friend Zeynep Sevil, whom I’d met through Gülüm. When they saw how I was, they both warned me, “Hasan, stop now! You don’t know what you’re doing!”

The next day, Zeynep said to me, “Hasan, seeing past lives is not so special, but if you continue doing it without protecting yourself, your internal organs will change, and no one can help you after that. If you want to become a past-life healer, go and get some training before you start practicing. You definitely shouldn’t look at past lives just to chase some tail.” As she told me all this, I was literally shaking. Right there and then, I made a choice to work in the media rather than become a healer. I returned to Ankara, where I was so sick that I couldn’t leave my bed for three weeks. Neither medication or energy, or even The Pinks, could help me. My soul was continuously spewing up ash, the collected energies from all the past lives I’d looked at. It was a difficult period for me, and I decided to change things. I cut off my contact with The Pinks and focused on sonsuzlukotesi instead, followed by derKi.

During this period, when I told Gülüm about The Pinks, she would just smile at me. She used to say, “Well, this is your experience, which you have to live yourself. If I were you, though, I wouldn’t hold on to The Pinks too tightly.” Gülüm’s path was that of classic Reiki, and she has never left that path to this day. That said, one valuable thing I learned from her is to always take energy practice very seriously and not talk about it with everyone I meet. We’ve been through so many experiences. I saw so many people coming to Gülüm for help, with many not even knowing what they’re were being initiated into. There were just so many things, and this made me cautious about the energy practices I had come across.

For example, I met Begüm Güven Karaca back in 2012, and I gave several speeches at her center. For three years long, she urged me to practice Theta Healing with her. I felt able to completely trust her after three years, and only then could I start training with her. I shared its results with you several times. It was a similar situation with Reşat Güner. We wrote to each other and discussed it many times, but I began to learn how to practice Regression Therapy from him only after observing him for two years.

My old friend Aycan Saroğlu mentioned the work of Güneş Tan several times, and dear Semavii told me about her as well, but I just waited. I didn’t know who she was or what she was doing. Friends whom I loved and trusted were referencing her, but this was only the first step, so I did some research to learn who she was. One night, Semavii said, “Come on, we’ll do a mini session with you,” and I understood where he was going with this. Following this,  I phoned a few more friends and asked for their opinions. Finally, I went to her home and had a face-to-face conversation. She told me all about herself, and I learned we came from the same region of Turkey. She told me about her education, and I learned about her processes. Eventually, I was ready to try her practice, and I was very pleased with it.

In summary, why did I tell you all this? It’s a warning to be careful with energy practices! Do not surrender yourself before you are sure whom and what you’re working with and know their training history! Do not grasp at every energy you see! Be cautious! Just because the eye can’t see energy, it doesn’t mean it’s harmless. Much is happening, and you might experience unpleasant consequences in incompetent hands. That said, you may create many positive changes with the help of an expert, but with those who incorrectly call themselves experts, you might find yourself in a pickle. Without first doing some research, asking around, and looking into your soul, do not go into such practices.

All said and done, though, energy practices are mostly healing practices. Physically, they are like medicinal supplements, and spiritually, they can help you to remove the barriers ahead of you. In competent hands, you might increase the speed and smoothness of your journey, but never forget this: No healer, master, trainer, or guide can walk your path for you. You are the one who must do everything. They can only guide you on your journey or help you to heal your wounds. It is your journey, so you are the one who must walk it! The masters, healers, and guides are people too, and just like you, they walk their own paths on their own journeys. They just share what they know with others and help them in other ways.

On this path, everyone is responsible for their own journey…

Everyone is responsible for their own choices…

Everyone is responsible for themselves…

In that sense, I’ve been very lucky in the many valuable friends I’ve met on my path. I’ve had many masters, but I’ve especially benefitted from their support during my first encounters with energy practices, their teachings, and the things they help me to gain. I would like to thank Gülüm Omay and Zeynep Alan Sevil Güven in particular. While there are many beautiful people I should thank, these two undertook considerable work on my foundations.

I wish a pleasant journey for us all.

How to Find Your Purpose in Life

Reiki and the Five Elements