Home > Health > How to Handle Fever in Children
Health 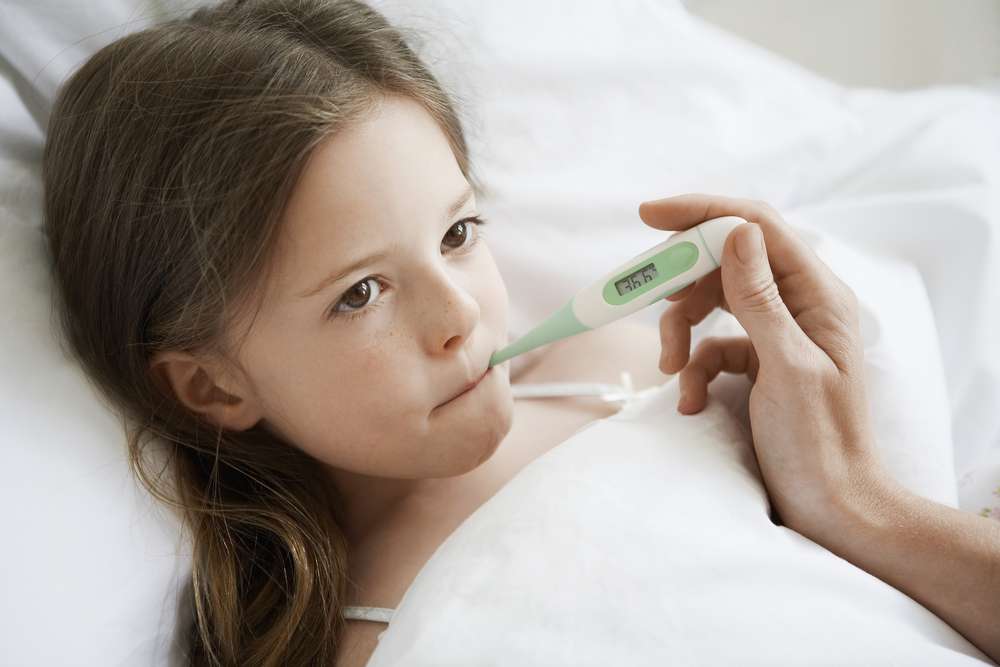 I was sick throughout my entire childhood, and it was very difficult both for me and my parents.

It is never easy to watch your child suffer, because all you want to do is to step in and solve the problem somehow. A fever is often one of the very first things to scare parents. I performed a short survey on my Instagram account, and 45% of respondents said they wanted to reduce any fever immediately.

As a holistic health coach, I do not support the notion of needing to reduce a fever as fast as possible. Fever is not necessarily something that should scare you—in fact, you should be rather happy about it. It means the body is fighting the disease. What is more important, though, is learning how to handle a fever. Here are some tips:

Five Ways to Handle a Fever

-Do not give medication straight away, and don’t apply wet towels either.

-Do not force the child (or an adult for that matter) to eat if he or she has no appetite. The body needs its energy to fight the disease rather than expend it on digesting food.

-If there is an appetite, do not give an overly large or heavy meal. Fruits and fresh fruit juices are good choices. It’s better not to eat anything until the fever subsides anyway.

-He or she should drink plenty of water.

-Let the child do what he or she wants, whether it’s play, rest, or whatever. He or she will probably prefer a calmer activity anyway. You could read together, for example.

My son is two years old, and he has taken only four antifebrile suppositories. Each time, I intervened because he cried a lot. Each time he lost appetite. I did not insist on feeding him, but I was too upset because he lost weight so quickly. It’s not always easy to apply the above tips when it comes to your own child.

Last time he got sick, I was very scared. After two days of having a cold and a mild cough, he became feverish. Suddenly he started to breathe oddly, and he seemed very calm for a boy who never stops moving. I therefore used a suppository and took him to the ER. The doctor there said it was an otitis media and prescribed antibiotics for it. This is an inflammation of the middle ear that can usually be cured with an alkaline diet. I did not want to give antibiotics, though, especially as I was not familiar with this doctor. Three days later, we went to our own doctor for a checkup. She told me I made the right choice, because there was no need for medication. She also gave me some information about fever that I was already aware of. Here is the complete list:

–Fever causes trembling: Trembling and contraction in infants is not due to fever—genetics play an important role in this, though. A fever reducer will have no effect on it.

–If I don’t intervene, the fever will continue to rise: No, the body limits the fever. That’s why a fever is not constantly the same during the illness.

–The higher the fever, the worse the patient’s condition is: False.

–I can speed up the recovery if I reduce the fever: No, the fever is a consequence of the illness, not the cause.

–I should reduce a fever no matter what: Fever is your child’s friend. It’s a sign that his or her immune system is working well.

–I give my child a warm shower/use wet clothes/dress her up well to avoid her catching a cold: None of these are effective for avoiding a cold, and they can be irritating for the child. It’s even dangerous to make a child wear too much. You would be better off ensuring they drink lots of water.

–It’s not harmful to give acetaminophen or aspirin several times: Too much medication weakens the body’s defense mechanism. It might also lead to preserving the microbes in the body, even once the symptoms are gone.

The Roots of Tantra

Only Your Mind Is Obese