Home > Health > The Myths and Facts of Protein Consumption
Health 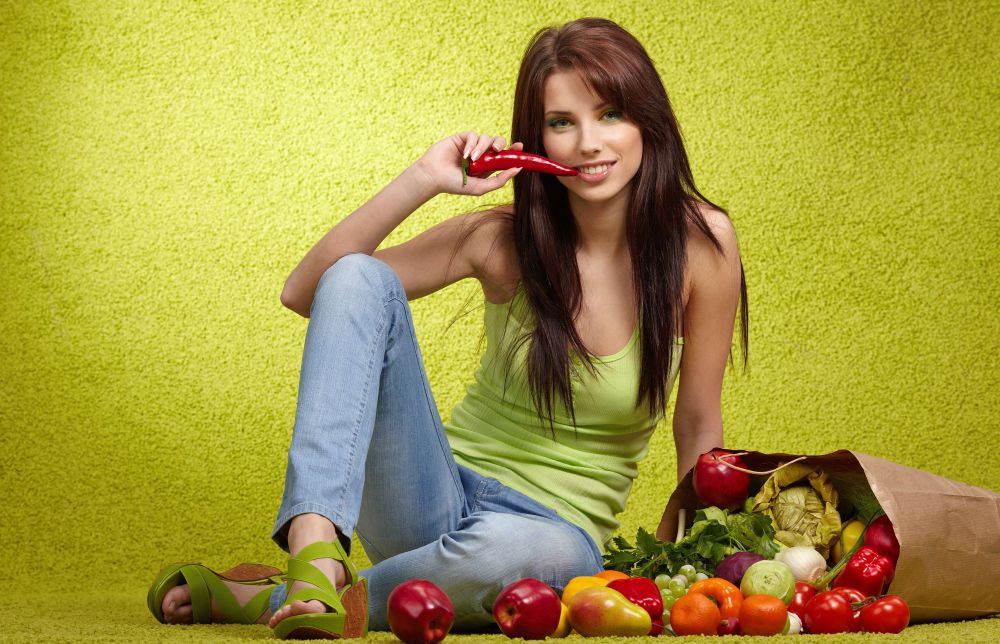 When you’re a vegan, the most common questions you hear are, “Where do you get your protein from?”, “How do you make sure you get enough protein?”, “Don’t you have a protein deficiency?”, and “Don’t you feel weak because you don’t eat enough protein?” Every day, I see a new high-protein diet coming out that promises weight loss, health, and strength. Protein has become sacred somehow, and people are increasingly pushed to consume more and more animal products to increase their protein intake. But what if all this wasn’t true? Are you ready to learn the story behind the myths and facts of protein?

The Function of Protein

As a nutrient, protein is necessary for growth and maintenance in the human body. It’s the most abundant substance in our bodies after water. We can find protein in every cell of the body, and it’s a major structural component for all cells, whether they be in the muscles, organs, hair, or skin.

How Much Protein Do We Need?

Most people think we need protein for energy or preventing sickness. However, protein’s primary function is to fuel growth, as well as repair injuries and replace worn-out cells. Now we know the importance of protein in the body, we also know how much we need to ensure these vital functions. The US Government’s official recommendation is that protein intake should make up 10–35% of the total calorie intake. Fewer than 5% of Americans get more than 21% of their calories from protein, with the average being 10–21%.

The meat and dairy industries try to promote an extreme need for protein, yet the human body only needs a very low amount of protein in its diet. Many official health organizations—including the WHO, the U.S. National Academies’ Institute of Medicine, and the National Research Council—suggest that eating 10% of total calories as protein is sufficient. You may think this doesn’t sound like much, but think about this. When do people need protein most? It’s when they’re babies, and the best source of protein at that point is the mother’s milk. Even this only provides about 6% of calories from protein, and this is for growing infants with a very rapid growth rate. So, 10% seems like a wide safety margin. This safety margin is partially needed because protein is seriously damaged when it’s cooked. If you get your protein from raw sources instead, it’s more intact, and even just 5–10% of your total diet would be enough.

Once we are completely grown up, we have very little need for protein. Let me repeat an example that Dr. Douglas Graham gives in his book, The 80/10/10 Diet: When you build a brick house, you need bricks by the truckload during construction. Later on, if the trucks continue to deliver bricks when the house is complete, you have a problem. It’s the same thing for the human body. Too much protein keeps the body in a constant state of toxicity.

For sedentary females and males, who should be eating 1600 and 2200 calories per day respectively, 0.8g of protein per kilo of body weight per day is sufficient to fulfill our protein needs. That’s just over a hundredth of an ounce per pound of body weight. Unfortunately, we’ve been brainwashed by the meat and dairy industries into believing we need much more protein. Getting enough protein is now embedded in the Western mindset, as is the need to get enough calcium from dairy products. The more important concern, however, should be avoiding the overconsumption of protein.

The Dangers of Overconsuming Protein

According to the industry propaganda, you should eat three meals a day, with meat playing a central role, otherwise you will get sick. This is at least what they want us to believe. However, the truth is that eating meat all too often creates the conditions for sickness. Common ailments like constipation and other digestive disorders can lead to toxemia and eventually to cancer, and these are related to eating too much protein. Autoimmune dysfunctions, arthritis, premature aging, impaired liver function, kidney failure, osteoporosis, and many other degenerative and pathogenic conditions result from eating more protein than we need.

Protein-based foods are acid-forming due to their predominant minerals (chlorine, phosphorus, and sulfur), which are acidic. As the body must stay in an alkaline state, it needs to balance out the acidity caused by the excessive consumption of protein. It does this by depositing calcium, an alkaline mineral, into the bloodstream, but first it needs to extract it from the bones and teeth. This sets the stage for osteoporosis and tooth decay.

Have You Ever Heard about a Case of Protein Deficiency?

In developing countries, where sufficient food is rarely available for everyone, and some people do starve to death, there are protein/calorie malnutrition conditions known as marasmus and kwashiorkor. These do not occur in developed countries, however. Symptoms such as extreme emaciation, lassitude, and muscle wasting do not result solely from protein deficiency but rather from the shortage of food. The ongoing severe deficiency of calories forces people to literally digest their own muscle tissues for fuel. As soon as high-carbohydrate or high-fat foods are reintroduced to the body, these problems resolve. Therefore, in our developed Western world, there is no such thing as protein deficiency.

What about Physical Activity and Protein Requirements?

Quite often, people associate high-protein consumption with athletes and bodybuilders. It’s quite the cliché to see those men and women with gigantic muscles eating large amounts of egg and lean meat and drinking protein shakes! This comes from a mistaken belief that dietary protein builds muscle. In reality, only weight-bearing exercise builds muscle. In fact, if athletes supply enough calories from carbohydrates, their protein needs go down dramatically, and their energy to train and their muscular growth both increase. If they decrease their carbohydrate supply, however, their protein requirement increases accordingly, as the body transforms this protein into carbohydrate to provide energy.

The Institute of Medicine’s Food and Nutrition Board determined that no additional protein needs to be added to the RDA (recommended daily amount) to compensate for physical activity, except for maybe a small amount to allow for the development of muscles during physical conditioning.

Our body efficiently recycles 100–300 grams (around a quarter to half a pound) of protein every day. We use this pool of amino acids to build new proteins. According to mainstream nutritional science, a protein’s quality is defined in terms of how efficiently it promotes body growth rather than whether it promotes health. That’s why milk and egg are considered to have the highest quality protein. T. Colin Campbell, author of the very illuminating book The China Study, proposes, “There is a mountain of compelling research that ‘low-quality’ plant protein is the healthiest type of protein.” All plant foods contain protein and surprisingly, those we commonly eat raw can comprise about 10–30% protein.

So, now my question is this: Where do you get your vitamins from? What about your dietary fiber? Think about the system in which we live. There are industries that rely on you using their products to make money. Thus, any propaganda related to food consumption should be taken with a pinch of salt. If you eat plenty of meat, egg and dairy, the producers of these foods will be happy. If you then get sick and go to the doctor, he or she will be happy to see you. He or she will then prescribe you some medicine, so the pharmaceutical company will also be happy. You’ll see the ads about all of these medications on the TV, so the TV channel owners will be happy as well. In fact, everybody will be happy except you, although you won’t be conscious of it. Be responsible for your health and life. Do a little research before accepting everything that others tell you. Start by checking up on this article. Who knows, maybe I’m just telling you some nonsense as well!

John Lennon and My Grandma Both Knew It

How Does Allopathic Medicine Ruins Your Yoga Practice