Home > Life > To The Part of Me Searching for Assurance 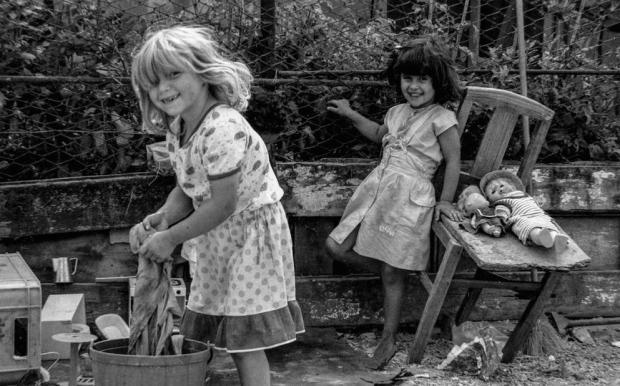 To The Part of Me Searching for Assurance

When I was a kid, I used to play with this boy in our neighborhood.
He would always buy a second chocolate bar before finishing the first one. As he ate the second bar, he would sometimes say, “This is my last chocolate bar!” before pulling yet another one from his pocket. As he greedily consumed his chocolate bars, we would all watch him while holding the empty wrappers from our own bars.
This really got to me back then, so I asked him, “Why do you do that? Why don’t you just buy another chocolate bar when you’ve finished the first? Maybe you’ll not want another, or maybe you’ll just feel like eating something else, like chips or cake?”
He would reply to this by saying, “if I have an extra bar in my pocket, I eat the first one much more easily. I don’t feel sad after finishing it.”
Strange how kids think sometimes. I, in contrast, had learned from my parents to eat what I have before getting a second serving. That’s why this kid’s actions felt so weird to me.
I later realized how this simple rule had followed me through every stage of my adult life, and I’m not just talking about candy.
For example, in my entire life, I have never started a new relationship before the previous one was well and truly over. I never looked for a new job before quitting my existing one. I never replaced an item until it was beyond all hope of repair.
I first finished something, and then I took steps to replace it.
When you look at it from an outside perspective, this might seem overly risky. For example, it might be better to get an offer for a new job before quitting. What if I didn’t find a better job? What if I didn’t find a job at all? I asked myself these questions many times back in the day. There was similar advice when it came to relationships, such as finding some common ground with person A or B before leaving person C.
I’m not claiming this is right or wrong. Maybe it is. I simply don’t know. All I know is that I always finished something before taking steps for the next move. I finished, and then I started, and so on for as long as I can remember.

A leap in the dark

I always quit before looking for another job, at least once I realized I didn’t want to do that job any longer. Once I noticed that my heart was rejecting the work, that was it. Perhaps I was taking a leap in the dark—I accept that—but I always complimented myself on finding the courage to follow my heart. And you know what? I not only found a better job than the last one—it was a vastly superior job.
When it came to my romantic relationships, as soon as I understood that one wasn’t working, even if there were people I was mutually attracted to, I was always careful not to sow any confusion out of respect for my current partner and the others around me. I only took steps toward a new relationship after finishing the previous one. And you know what? I always ended up in a much happier relationship than the previous one.
In a nutshell, I realized that in every aspect of my life, I wasn’t seeking assurances, because life always offered me a better option. This is why I could so easily let go of anything that my heart lost interest in, such as jobs, friendships, and even love. At first, I missed these things of course. Change is always challenging, but I would be much happier afterwards. Every time I had the courage to leap into the unknown, following my heart and not looking for assurance, life always rewarded me.

Now look around and see that even though I don’t seek assurances, my life is filled with people who do. They don’t let go of one branch until they find another one to hold onto, a bit like monkeys moving through the treetops. Time passes by and the names change, but the characters remain the same.
It’s odd how people like my childhood friend Ali, who would walk around with two chocolate bars in his pocket, keep coming into my life from all directions…
Many spiritual guidance books say that whenever something about the people around you bothers or disturbs you, you can heal it as soon as you accept and honor that side of yourself. Well, I thought I’d already faced the assurance-seeking monkey inside me, but I was wrong. How many other faces does it have? I don’t know, but it’s surely not over yet. One person leaves, and another one arrives.
Now, I repeat the following to heal:
To the part of me searching for assurance, I love you.
I accept and honor your existence.
Come on, it’s time to heal now…