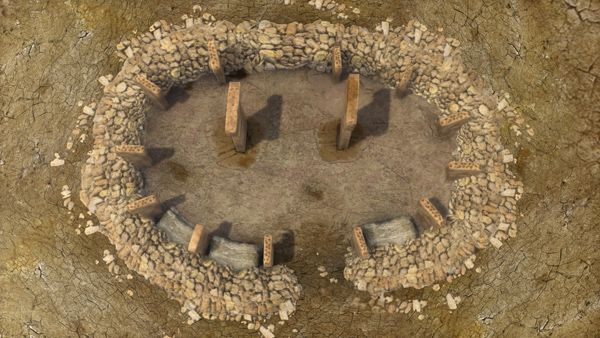 Exactly 17 years ago, German archeologist Klaus Schmidt started a dig at Gobeklitepe located 17 km northeast of Urfa in Turkey. As the excavation went on, Schmidt understood that Gobeklitepe held a secret which could turn the theory of civilization’s whole history upside down. The excavation slowly revealed the remains of a twelve-thousand-year-old temple.

Ruins of the temple had been constructed before man had even settled down and became familiar with religious concepts, not to mention, they were still hunters and gatherers.

This reality would startle the whole world. According to Archaeologist Schmidt the region is 5500 years older than the first cities in Mesopotamia and 7000 years older than the famous Stonehenge in England.
The German Stern Magazine announced its article about Gobeklitepe as the ancient site that has overturned civilization’s chronology, titled “The Palace of Adam and Eve Has Been Discovered.”
Nowadays, the excavation process still continues at Gobeklitepe. Every day a new piece of information emerges that enables the rewrite of the history of civilization.
Filmmaker Ahmet Turgut Yazman, who combined his profession and hobby, produced a stunning documentary after a five-year study about what really happened at Gobeklitepe, namely, Gobeklitepe: Documentary of The World’s First Temple. It was shown across Iran, United States, China, Japan, India and Canada and won The Most Educational Documentary Award at the Atlanta Documentary Films Festival.
We interviewed Ahmet Turgut Yazman for The Wise about his long-awaited documentary Gobeklitepe: The World’s First Temple.
Let’s start with the question Why Gobeklitepe?
Today as a member of this land, we can clearly state that Gobeklitepe is among the three most important archeological excavations of the world. In my opinion, Gobeklitepe is the most important archeological site in the world because there are findings at Gobeklitepe that may challenge us to reconsider information once known about the history of mankind.
The current historical set up affirms that in the final stage of biological evolution Homo Sapiens had discovered agriculture approximately eight-thousand years ago and settled down, thus leaving hunting and gathering. This shift, the “Neolithic Revolution,” was believed to cause the people to build temples for their religious beliefs or cults. Gobeklitepe challenges this information.
In Gobeklitepe, there are temples built approximately 12,000 years ago, long before mankind started farming and settled down. Scientifically, we are sure that these constructions are temples, but only guess what type of rituals or ceremonies had been performed in them. In this perspective, Gobeklitepe becomes very important for humankind to understand themselves both in the historical process and the present moment.

Can you tell us briefly how did it start out for you?
I discovered Gobeklitepe in 2006 in a newspaper article while I was studying the spiritual structure of Sufi, Bektashi and Alevi beliefs rising in Anatolia in the thirteenth century. In an interview given to Post Newspaper, Archeologist Prof. Klaus Schmidt of Berlin was talking about the animal reliefs and the abstract symbols discovered at Gobeklitepe, and how they represent the transcendent thinking capacity of the people in that era. The topic intrigued me a lot, and so I went to Sanliurfa to visit Gobeklitepe. The mystical air of the hill and the message from our ancestors really caught me. I decided that the process of understanding this site must be shared with the world, so I began to draft the project. After four years of shooting and producing, and the effort of forty people, this subjective documentary emerged.
How did it beginning, who participated, why did it start?
First, I tried to understand the view of the scientific world, so I talked with the head of the excavation Prof. Klaus Schmidt, and I also consulted Prof. Mehmet Ozdogan, the head of Neolithic Archeology at Istanbul University. After that I tried to look from the perspective of mythology and religious history. To do this I met with Metin Bobaroglu, a researcher and writer specialized in Islamic mysticism and spiritual traditions. I investigated the unique qualities of the symbolic representations and their probability of stemming from Gobeklitepe.
I traveled to Egypt to see Egyptologist Wafaa El-Saddik. I consulted with Indian astronomer B. G. Sidharth to see if the position of the temples has any reference to astronomy. With the help of his Vedic Astronomy references, I found out that he was already aware of such a place ten years before the actual discovery of Gobeklitepe. In brief, I was enthralled with the project marked. But, the most important detail for me was to find my business partner Kerem Akalin. The vision that he brought to the project made the film a reality—from the crew he set up for the two- and three-dimensional animations to the energy he brought to the workplace.
The documentary especially focuses on D Temple. The construction of the temple with 12 columns is studied very deeply. Why?
There are four temples discovered up to now that belongs to the same period. The highest level of symbolic representation is in D Temple; also, this temple is considered to be the oldest one among others. Twelve T-shaped columns encircle the temple. These T-shaped columns are believed to be highly-stylized human figures. In other words, an assembly of 12 people in this temple forms a depiction of an elliptical circle where a type of gathering takes place.
This, of course, reminds me of the number 12 in religious history: In Judaism, there are 12 tribes; in Christianity, Jesus had 12 apostles; in Islam, there is a phenomenon about 12 imams and also in Sumer, India and China 12 horoscopes, 12 constellations. I traced back this information to Gobeklitepe and shared the results with the public. According to astronomer and president of the Scientific Academy in India, B. G. Sidharth, and German archeologist Harold Haupman, a scientist that examined the findings at Nevali Cori (the site inundated with dam waters), a snake head column may have come from a civilization formed by Veda culture. He suggested a Vedic civilization may be found in the area where Gobeklitepe was discovered.
Also, what is the mystery about the letter H and the letter T in temples?
Tau, or in other words T, is in fact a celestial symbol. T is the Ankh figure in ancient Egypt, and it is a form of a cross in Christianity. This may represent the period where the individual consciousness had not yet formed; individualism had not emerged and the inner world of the human being had not yet been established. Namely, this phenomenon is seen as a period when the myths and perception of mythological consciousness were formed. There is much mystery surrounding the T symbol.

There are many animal figures on the columns, do these symbolize anything?
There are many animal figures at Gobeklitepe: The fox, snake, boar and cranes are the most common ones, and they also possess very impressive aesthetic qualities in terms of art, especially the reliefs. Some of the archeologists interpret these symbols as the representation of different tribes. Another opinion suggests that these animals tell stories about the era, like the hunt scenes depicted in caves.
By looking at the history of symbolic storytelling, we contend that these animals represent human characteristics. In other words, the fox symbolizes cleverness similar to Lafontaine’s or Rumi’s work. The snake denotes change and also the symbol for Kundalini energy believed to reside in people, according to Indian teachings. Also in Bektashi-Alevi culture, the crane represents the migration of the soul. This same bird signifies a very important symbol for Australian Aborigines and traditional Japanese belief systems. For this reason I considered the animal figures at Gobeklitepe, not as a zoo carved out of stone or a statue park, but with the intention of understanding their hidden symbolic meaning.
One of the interpretations of the letter T is that it represents the human being.
That is what archeologists insist. There is a very unique quality. These T-shaped columns have arms and hands drawn like subtle reliefs on the side. When they realized that there were fingers, they concluded it is indeed symbolic of a human. These 12 people together may represent a gathering as well. Some archaeologists surmise that there may be many tribes and every one of them may have a unique symbol.
Also the sun and the moon symbols are interesting on these columns.
When we say symbol, we are not merely talking about a figure; that figure has the capacity to express many different meanings. For example, when we consider the snake, we do not just talk about its guarding characteristic. The snake in Egypt means protection, but it also symbolizes the change. A snake coils, and when we look at it coiling, it represents Kundalini energy in India. Kundalini in Sanskrit means the coiled one. When the coiled one erects, it means this bodily energy awakens and points to another level of consciousness. Similarly, pharaohs and goddesses of Egypt had snakes coming out of their foreheads to imply location of their third eye.
In the documentary, Metin Bobaroglu concludes that the snake figure either represents the will of Moses’ wand or consciousness.
The snake symbol frequently refers to the prophet Moses and mentioned many times in the Qur’an as well. The wand is sometimes interpreted as the will. Also, the snake symbolizes the awakened consciousness. The pharaoh gathers his sorcerers and they show some of their magic to Moses. In the Qur’an, the story relates that Moses throws his wand to the floor, and the wand turns into a snake and devours the magic of the sorcerers, and then turns back into a wand.
What are three or four extraordinary questions that capture your curiosity about Gobeklitepe?
To date, 20 temples have been discovered in Gobeklitepe, all constructed 12,000 years ago. It is quite amazing that until now the four temples excavated contain abstract symbols as well as animal figures. Yet, the deeper question asks: Who built these temples? They were built by people who were not yet settled; they were hunters and gatherers and believed to have no cultural objects. How did they manage such a vast organization, and more importantly, for which purpose did they build them? The answers to these questions may change the history of mankind and religion as we know it.
How does the Western World react to Gobeklitepe’s scientific importance? Why has it been neglected for so long?
I guess the Western World is taking it a little bit slow to try to understand Gobeklitepe. I think this has to do with the fact that Gobeklitepe has the potential to shake the status quo. It is time to shift the attention to Gobeklitepe from a less meaningful Stonehenge in terms of symbols and seven thousand years younger in age. Mankind must look at Gobeklitepe to understand its history. Gobeklitepe stands as a major discovery that cannot be neglected. 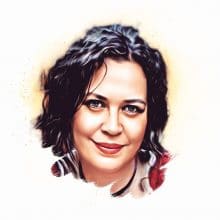