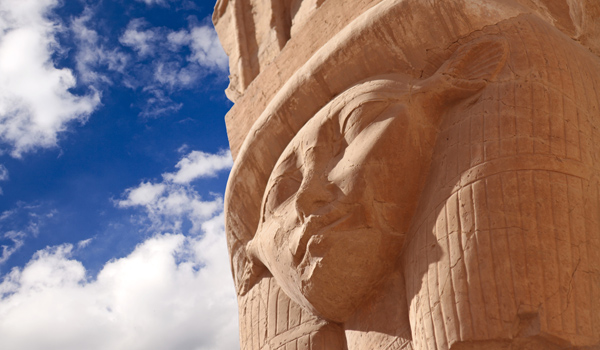 After world destruction by nature herself and man’s own nature by global capitalism, today, one who seeks enlightenment, typically gains an interest in ancient knowledge and paganism. Now, ancient Goddess teachings prepare to embrace the Earth once again in a way that fits the modern age.

Ancient Egyptian wisdom has always attracted the attention of all civilizations, with Greece and Rome the first ones on the list. Egyptian wisdom affected Greece, and Egyptian cults became popular in Rome’s last stage. We may conclude now that paganism is a wisdom that will enlighten the modern times. Before considering this, however, we should take a look at what we know about paganism.

Man exists as an individual within nature and should live in harmony with it. Today, what we call paganism is, in fact, the first belief system and determines the relationship between man and nature. Paganism now integrates into our lifestyle aiming to stand against the consumption of our planet and to build the holiness of life once again. Consequently, we may say that paganism covers all individual and collective actions to make peace with nature and to align with it as a whole. In this context, we have a lot to learn from ancient pagan civilizations and an example is Egyptian wisdom.

The Gods of Kemet

Egyptian Civilization (ancient name Kemet) consisted of different tribes in the first periods of their history, and then of several nomos (spirit of law or socially accepted practices); as a result, Egypt pantheon was full of many gods. Before the unification of Upper and Lower Egypt, there were lots of local cults and each tribe followed a different god. The triumphant tribe of each war absorbed into their pantheon the loser tribe’s god.

Daily life also carried a great role in the formation of Egyptian wisdom. The Nile gifted this daily life and prompted the Egyptians to think about ways that led them to form a culture as the basis of Western civilization. The Egyptian culture affected the developing Western culture as well as Mesopotamian culture. The effect of Egypt on Western culture begins with the Crete civilization, continues during the Medieval Age, and even reaches today.

By examining the two Egyptian Goddesses, we may explain today’s paganism.

Isis is the Greek name of Egyptian Goddess “Aset” or “Eset.” The Greek combined their goddesses Ceres, Hera and Selene into Isis. Isis also became an important goddess in Rome. There is no doubt that Isis was also an important Egyptian goddess who combined the characteristics of several goddesses in herself.

The people began worshiping Isis in northern Egypt. After being Osiris’ wife Isis-Osiris-Horus became popular in Egypt and many people began to worship her throughout Egypt.

While the Goddess Isis carries all the characteristics of a goddess, she also comprises a wise woman and an ideal figure for today’s woman. She still speaks to today’s world as in the ancient narratives and transforms the man into a “real” man. Let’s have a look at the myth of Isis and her husband Osiris as told by Plutarch and to understand this archetype.

Willing to accede to the throne, Seth prepared a plan to destroy his brother Osiris. He prepared a coffin that fit Osiris and decorated it with precious gems. Then he invited Osiris for a dinner. Osiris did not get suspicious about this invitation, but after dinner, Seth offered that coffin to the one who fit it best. Everyone tried, but no one could fit in. When it was Osiris’ turn, the coffin closed all of a sudden and Seth nailed it and threw the coffin into the Nile. He thought that he could get rid of Osiris and reign Egypt. Immensely saddened, Isis began to look for that coffin in the Nile.

The coffin with Osiris in it was swept to the shores of Byblos, a city in Phoenicia and got stuck in the trunk of a tree. Byblos’ King Malkandros saw that tree and wanted to use it as a pillar in his palace. When the tree was cut, a beautiful smell wafted. Isis heard of it and understood what happened. She went to the palace of the king and became the nanny of Astarte.

One day, Isis wanted to make this child immortal and threw the child into the immortality fire. The queen saw that and interfered. Isis had to confess her true identity. Thereafter, she received permission from King Malkandros to open the trunk of the tree and take out the coffin.

Isis took the coffin back to her homeland, and before visiting his son Osiris in Buto, she hid the coffin in a place thinking it would be safe there. When hunting under the full moon, Seth found the coffin and saw Osiris’ body. He divided Osiris’ body into fourteen pieces and distributed each piece to different places in Egypt.

In this myth, Isis takes the role of a woman who rescues her man and fulfills all his archetypes. This story accounts for a great role in man’s maturation and explains the reason for many Osiris tombs all around Egypt. These tombs stand as symbolic tombs used in symbolic death and rebirth rituals for men.

Isis is also Horus’ mother and this is the basis for the Mother (virgin) Mary icon. Isis explains the rebirth of Horus, and as with Mother Mary, Christ is transformed into a Puer Aeternus (a child-god who is forever young) and symbolizes the never-maturing children of the society who wait for their own Isis.

Isis educated, civilized and taught many lessons to the entire Egyptian society through Osiris. Isis was also important as a healer and gave this ability to others. Isis proved that she was a great leader by being with Osiris in his journey to help Egypt become civilized. This is the humane role of the Mother Goddess played by Isis.

Isis as a Mother Goddess acts as a healer and also a magician. Her powers are not as strong as the powers of Ra; however, Isis is an important magician. According to a myth, Isis wanted to possess the powers of Ra. Knowing that Ra never gives his secrets and his secret name to others, Isis collected Ra’s saliva in a pot while he was sleeping and mixed it with the soil where the god walked.

She shaped this mixture first as a snake, and then by using her magic, she transformed the snake into an arrow. She hid this arrow where Ra would walk. Ra saw this arrow on his way, and it turned into a snake again and bit Ra. He felt the poison in his whole body, but he could not find a cure because this power was as strong as his. The gods could not find a cure either for that poison, so at last, he went to Isis for the cure. Unfortunately, she wanted him to tell her the secret name if he wanted to get rid of this poison. Ra refused to do this; however, he tried to deceive Isis by telling her the adjectives not the name. Isis did not believe him and insisted on what she demanded. At last, without showing the other gods, Ra sent this name from his heart to Isis’ heart and she cured him. Consequently, Isis became the most powerful of all gods and goddesses.

Isis is related with several symbols like the throne, the moon and the Sun, but more commonly, she is related with Sirius. This star, also known as Sothis, had some spells in honor of Isis named Isothis.

Isis is an eternal and real goddess in the unconsciousness and can be constantly heard.

Hathor is an ancient sky God and known either as Horus’ wife or Ra’s wife or mother. According to a myth, Horus enters his mouth every evening and gets out every morning. The Greek identify her with Aphrodite.

Hathor resembles a cow or a woman with a horn and cow ears. The cow is already Hathor’s holy animal. On the other hand, Hathor carries the characteristics of Mother Goddess and her femininity. She is the guardian and the protector of women and also related with their care. Moreover, she is related with love, music, songs, dance and festivals. The milk coming from her breasts gives strength to the Egyptian administrators.

With these characteristics, Hathor looks like Hera rather than Aphrodite. Hera was also following Io (pron. eye-o) who looked like a cow. All these stories tell us about the traces of cow cult in Egypt. As the ones who worshiped the Golden Calf instead of God as told in the Old Testament, perhaps this cult may still remain somewhere in the unconsciousness.

The goddess Hathor gives and takes life. In this context, she is related with growing of the crops as a Mother Goddess. As Queen of the West, she helps the journey of dead people, fulfills the needs of the newly departed and protects Theban Necropolis. The Anatolian Mother Goddess Cybele, who rules life and death is similar to this Queen of the West.

Hathor’s most important temple was built in Dendera where feasts were held to honor the goddess. Her birthday was also on the day of the most important feast, the New Year feast. This day was celebrated by drinking a lot of alcohol. This temple was in fact the “party place” of that time.

Isis and Hathor—two goddesses of ancient times—both dominate life and death cycles, like Cybele. Both reflect the beautiful abundant and fertile face of the earth’s creative power and wait for us at the unconscious corridors like the Mother Goddess and call for us. For the sake of this unique planet Earth and for nature…It is up to us to hear her or not.