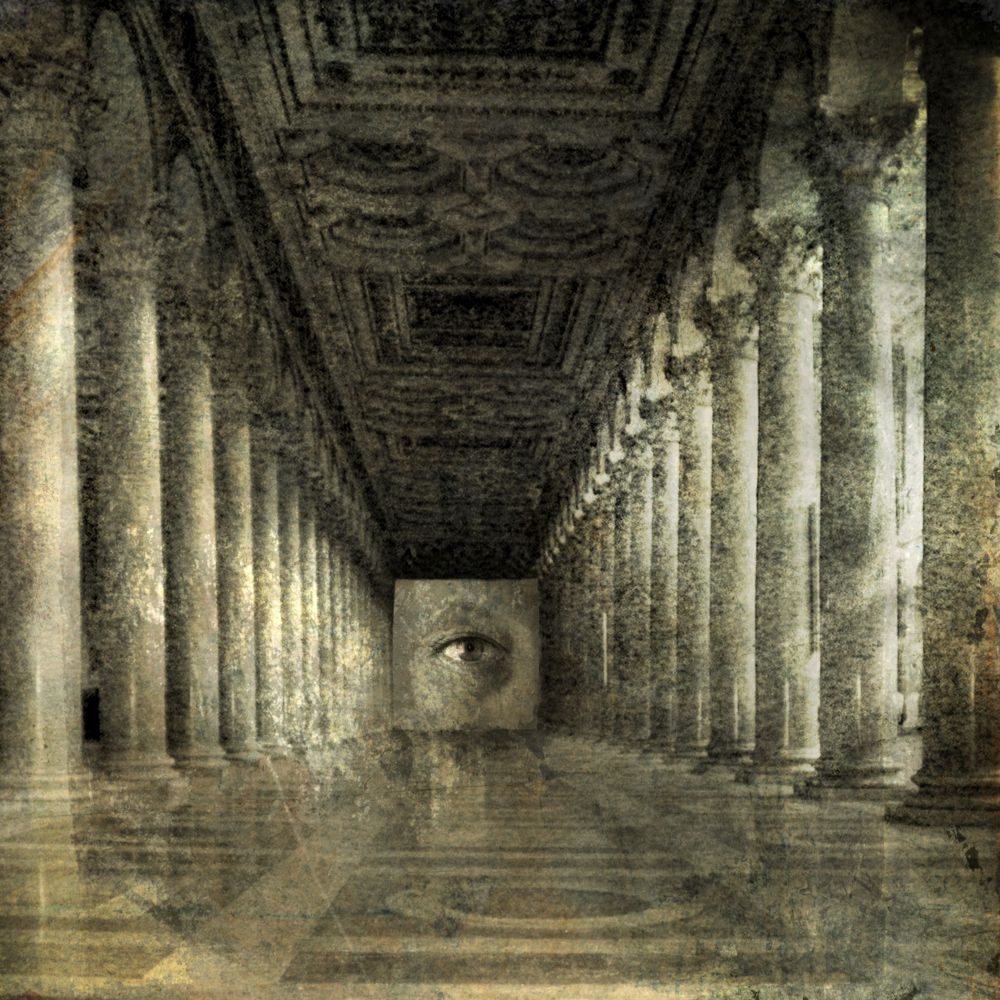 Enlightenment antipathy always has the same result: It releases that familiar ghost onto the aisles of the agenda. This ghost is the leading actor in a conspiracy theory that was first introduced in the early 19th century by American ideologists on the conservative/religious wing: It is the Illuminati. It is a postmodern story about the bad and powerful guys who want to dominate the world. We can understand how religious, conservative, and nationalist factions are drawn to such legends, but it’s strange how people who regard themselves as democrats and leftists also support the Illuminati theories. This must be a problem among the confused intellectuals.

I was exchanging ideas with Ahmet Meriç Şenyüz via Twitter when suddenly our subject turned to the Illuminati. I began to quote a chapter from my book Fraternis that dealt with the Illuminati. In the book, I mentioned the fraternity tradition that goes back at least 3,500 years and emerged during a critical point in history. It tried to correct “the fault” at a breaking point and determine the course of civilization.

Of course, I can’t cover everything in Fraternis here, but I would like to quote some pieces to give you an idea. If you would like to know about the Pythagoras Fraternity, Roman Republicans, Mythra Chambers, Bogomils and Cathars,  Alumbrados, Masonry, and Illuminati from a point of view other than conspiracy theories, you can find what you need in the complete book.

Let’s take a look at some quotes from Fraternis:

A few months before the Declaration of Independence was signed by the leaders of the American Revolution, on May 1, 1776, when Beltane—a festival from ancient Celtic-Germanic traditions marking the beginning of summer—was celebrated, a professor of law declared to his trusted friends and students that he had established a secret fraternity organization that aimed to create “a new and free world.” The European bourgeoisie were not aware of the exaggerated radical revolutions, and enlightenment was not a hot and exciting subject yet.

Adam Weishaupt, who was a fan of Rousseau and a professor of law at Ingolstadt University, was a scientist who came to dislike Catholic beliefs during his adolescence. He was attracted by the principles of Enlightenment, although he was taught religious doctrines at a Jesuit school. He probably encountered Masonry and its ideals at an early age, and he researched the roots of the organization but never joined any chamber. He was more concerned with ideas about social reform and transformation, but the enlightenment targets and revolutions that were so reformist for Europe were not sufficient. They were nowhere near finding the necessary solutions for him.

First, he named the organization “Perfectibilis” when he established it in May 1776, but he later changed its name to the “Illuminati.” This was not a secretive organization. In fact, it was more like the reading and brainstorming groups that were common in Europe, especially in Germany. However, the organization was kept secret for a simple reason: Bavaria was still a Catholic stronghold. If a university professor or student were to openly establish a group based on dreams of equality, freedom, and other “deviant ideas” not compatible with the dominant teachings, he would be dismissed from university and maybe even prosecuted.

As a result, Weishaupt only told a few trusted people about the Illuminati, and for a long time, the organization had a small membership that was engaged in reading books together and discussing basic philosophical concepts. However, because Weishaupt was a respected and trusted person, many young academics and other smart, well-educated, and open-minded people heard about the Illuminati and were drawn to it.

Adam Weishaupt and the ones with him in this small structure were worried about being prosecuted, so they kept the organization a secret. He copied the fraternity model of Pythagoras, which he set up in Croton. Only those trusted to keep the secret were accepted into the organization, because any small mistake would get them into trouble. As a result, they gave themselves historical and mythological names and held their meetings in secret locations.

Weishaupt shared Rousseau’s ideals of social transformation to a great extent, but he was more radical.  For real freedom of thought and conscience, the religious organizations and clergy had to be totally dismissed, and if monarchies, dynasties, and national boundaries still existed, universal peace would never be achieved. If social classes and inequalities in individual wealth were preserved, equality and justice would never be realized. As Rousseau reminded everyone, the social structure of sharing and equality, which existed thousands of years ago, should be applied to today’s world, and this should be the ideal that we pursue. A sharing society based on peace and freedom, where there are no countries, no boundaries, no religions, and no individual wealth.

The Illuminati became popular among the intelligentsia of Bavaria, and many popular Masons joined the group. As a result, Weishaupt and his fellows felt optimistic excitement. Around the same time, the Declaration of Independence was signed in America, and its effects were felt throughout Europe. Could this revolutionary movement, looking like it was built on the ruins of the 1640 English Civil War, have the power to change the world? Could the Illuminati play an active role within this awakening?

After a short while, when the news broke about the chaos in France, the young professor felt hopeful: Perhaps it was time for a great revolution that could shake the whole of Europe, guided by an organized structure of well-trained and determined people. However, maintaining secrecy was now more important than ever. “Only a secret coalition between the fellows of liberal thinking and progress could overcome the power of superstitious beliefs.”

Adam Weishaupt did not want his fellows “to conquer lands, seize authority, or generate fortunes.” Their mission was more difficult: “to win the individuals.” Change and transformation was only possible through the contribution of enlightened people within a society, so training and winning people over to the ideals of the Illuminati were more important than making great and challenging plans.

Due to the positive effects of the French Revolution, Weishaupt believed it was the right time to work on the principles of “liberté, egalité, and fraternité” on an international level, so he began to make contact with Masonic chambers. He also joined a chamber in Bavaria. The Illuminati’s prestige and reputation increased among European intellectuals and revolutionaries.

The number of Illuminati members was over two thousand in 1778. Weishaupt contacted not only German Masonic chambers, but also revolutionary groups and other prominent figures of the Enlightenment. Many well-known people—such as the author Christopher Nicolai, the composer Gottfried von Herder, and the famous author and philosopher of the 18th century, Wolfgang von Goethe—became members of the Illuminati.

However, this relative growth in popularity caused lax discipline, and overconfidence caused increased imprudence. In addition, members were no longer carefully selected, because “having large numbers and seizing power” was now more important than the principles of the Illuminati.

The developments that brought the end of the Illuminati began in 1785. One of the Masonic chambers under the influence of the organization was prosecuted because they were accused of campaigning against the Church. The scope of this prosecution grew because other chambers were also involved, and after a short while, the Illuminati was identified as the central influence. The news echoed throughout Europe: “A secret organization influencing the Masonic chambers has been caught in a great conspiracy to overthrow the European governments.

The organization was dismantled in a clampdown. Some members were arrested, and Adam Weishaupt was fired from his university. He then went to Regesburg and wrote a book defending the Illuminati. He later taught philosophy at Gottingen University and died in 1830. After he died, the organization that he founded with such great hopes had completely vanished.

Beginning with its modest start and ending in a dramatic climax, the Illuminati’s adventure lasted only nine years. The first three years were a foundation and developmental stage, and the organization was only a local esoteric community. The most successful period of the Illuminati lasted no longer than three years starting in 1782, when a group of intellectuals boosted the prestige of the organization. However, the radical views and principles of the organization caused a surprisingly profound effect, in both Europe and the New World, by the end of the 18th century. How did this small community manage to have such an effect when it could not even preserve its membership?

The Catholic Church, aristocrats, and conservative bourgeoisie, who felt threatened by the winds of enlightenment and revolution, thought that unveiling the Illuminati would act as a kind of counter propaganda. The winds of change and transformation were felt all over Europe, and the masses were feeling sympathy for these revolutions. It would therefore be a smart move to reveal the Illuminati and present those who talk about revolution and innovation as the bad guys.

After Weishaupt was arrested, the above-mentioned groups began to accuse the Illuminati of planning to “demolish religion, overthrow government, and establish a despotic dictatorial regime of an elite minority.” They accused them of aiming to establish a world order without religion, where suppression and violence were the dominant forces!

The Illuminati was scattered and destroyed in 1785, but during the “days of terror” of the French Revolution between 1793 and 1794, the Illuminati was accused of having a finger in the pie. The American bourgeoisie, which first sympathized with the revolution, now began to fear it: “What if the same things happened in our country?”

In short, the Illuminati was a “club of idealists” that was established in Bavaria 236 years ago and was effective among the European intellectuals for a short while until they were erased from history in 1785. They were not planning to establish a “dictatorial regime of elites,” nor were they hoping to set up a club of powerful people to manage the entire world. On the contrary, they were striving for a world without countries and boundaries, where ownership and social class were redundant; where there were no religious dogmas; and where men and women were all free and equal. They were a group of intellectuals chasing a dream. Under the circumstances of the time, it was impossible for them to survive, so the bourgeoisie swept them away in the late 18th century.

This is the whole story, but the conservative and rightwing ideologists and media of the West succeed in presenting the “Illuminati Tales” as a kind of ghost story filled with mysterious images of a secretive, frightening, and dangerous enemy! In fact, the real bloodsuckers were the international union of capitalists that built on the fattening bourgeoisie. Looking for enemies in the wrong places is postmodern nonsense that is both confusing and wasteful, and it made the idealistic Illuminati members turn in their graves.