Home > Soul > Do You Choose Life or Death? 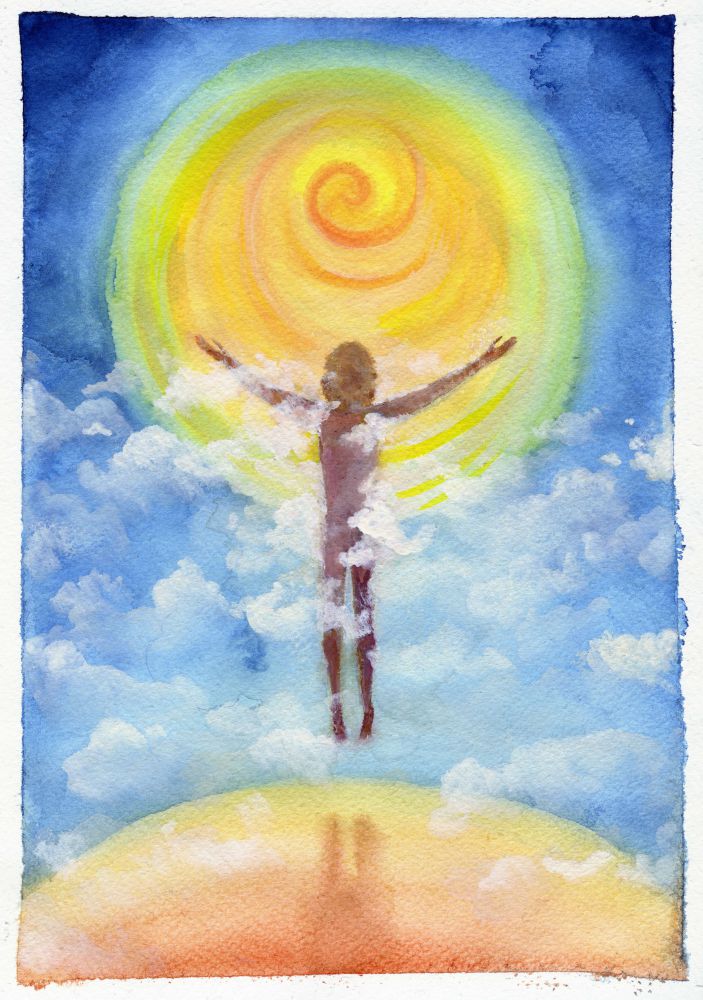 In October, I was in Kayakoy, Fethiye for some Tantra training. One evening, I was talking with Meryem Suna, my Tantra tutor. During this conversation, she suddenly said, “You know, there’s a seven-hundred-year-old  sycamore tree in Kayaköy cemetery. I think I’d like to go there for some midnight meditation. Would you care to join me?”
A little shocked, I replied, “Meryem, did you just ask if I would like to accompany you to a cemetery in the middle of the night for meditation?”
She then said, “Yes, I did. Are you scared?”
“Of course I’m scared,” I  replied , “but I’ll go if you go…” In my mind, I had already built up an image of a dark, deserted cemetery and some creepy tree. I had watched numerous horror films since my high school days after all. My impression of cemeteries had always been a creepy one. Yes, I do fear this image, but even though I felt scared, I decided to go anyway.
At midnight, we set out for the cemetery in Kayaköy. Meryem also invited the rest of the team, and this put me a little more at ease. There were five of us trying to find this cemetery in the middle of the night. It was certainly a new experience for me. Although we couldn’t find it at first, after I finally got over my last trace of panic, the cemetery appeared right in front of us, complete with the amazing sycamore tree. It shone bright in the spotlights, prompting me to say to myself, “So, this is what I was so afraid of…”
Meryem gave us a commentary as we approached: “This seven-hundred-year-old sycamore tree has been nurtured by the wisdom of all the people buried here. It’s such a precious tree. Hasan, I know you see visions, so if you see anything negative, just ignore it. Remember, you will always be stronger than them.”
In fact, the tree was so beautiful that I had no fear left in me. The trunk of the tree was hollow and open like a large womb. All five of us entered, yet there was enough space remaining to accommodate another five people if needed. This “womb” was that large… We then sat and closed our eyes in preparation for meditation…
Countless visions appeared to me of course. A dark energy visited me, but I refused to empower it, so deprived of energy, it disappeared. We gave our blessings to each other and those buried in the ground, and I saw myself there. The tree shone bright the entire time, until I finally became completely connected to the tree.
A question echoed in my mind: “Do you choose life or death?” I wondered about what the difference was before first choosing death. Everywhere and everything suddenly became death. I was incarnate, yet I was dead. I left my body, but I was still dead. I was always death—I was dead. It didn’t matter whether my body was breathing or my heart was beating—there was only darkness and the absence of life.
I then chose life,  and everything was suddenly illuminated. There was no death. I was incarnated in a living body, and after leaving my body, I was still alive. The energy of life flowed with me always.  At that moment, I came to understand that I had never comprehended anything about what we call “life and death.” I had perceived death as the end of the breathing, living body, with there being “happiness” afterwards, at least for me, but this was merely an illusion. Both life and death were there in each and every moment, and my existence was shaped by whichever I chose.
Death was my rejection of my own existence, while life meant embracing it. I had chosen death in countless lives and lived like a dead person, not realizing my power, my existence, my origin, my truth, or even my own self. Now, however, I was asking myself something through a seven-hundred-year-old tree on the cusp of a full moon, at the exact time when everyone on the planet was deciding whether to choose the energy of “life or death.”
I replied to this question by saying, “I have chosen death enough times already. I now choose life. I choose to live with life.” Everything then shone brightly as life began to fill my every moment, not just that moment. I felt it.
I’m sure we’re all asking ourselves this question, even if we don’t realize it. I would therefore like to ask it directly, as it was asked of me:
Do you choose life or death?
Do you prefer life? Or death?
The choice is yours…

There Is Only One Source for Everything