Home > Soul > The Creative Power of Being a Female
Soul 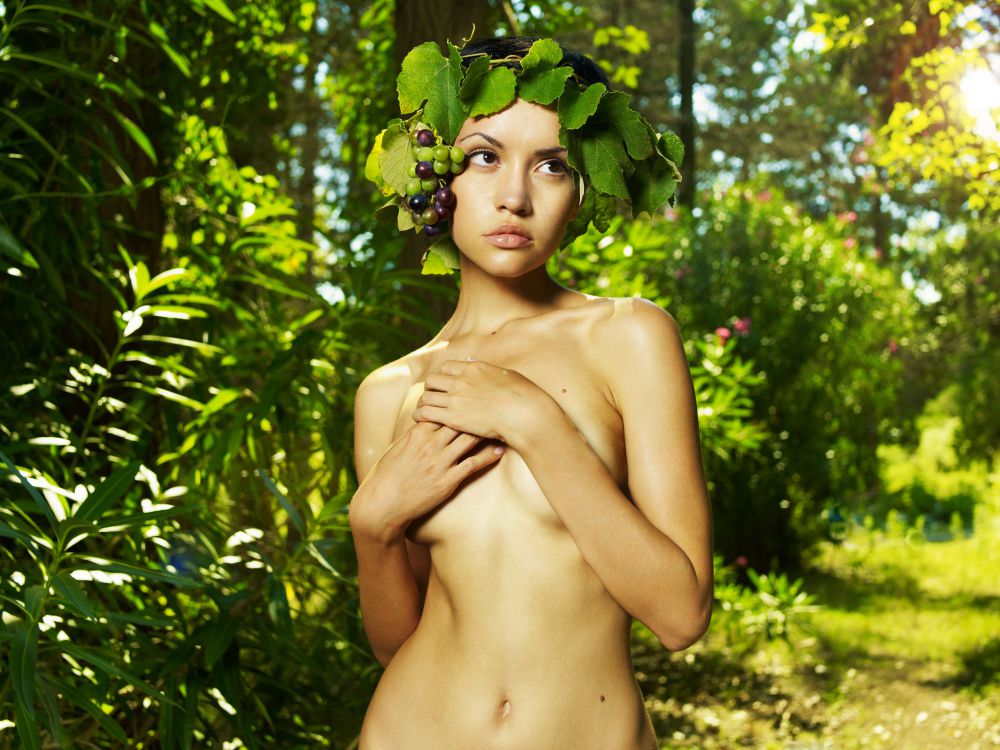 The two poles of creation and existence, the masculine and feminine, are seen in all planes of existence. The emergence and continuation of life depend on the cooperative union of the masculine and feminine powers. Without this union, nothing emerges. Throughout history, examples of this union have been expressed using different symbols and conveyed in the folk tales of various traditions.

Symbols such as earth and sky, water and fire, night and day, yin and yang, Adam and Eve, and protons and electrons are essentiallytelling us about the masculine and the feminine. These are the “positive” and “negative” forces that are inherent to existence. Of course, when we talk about positive and negative, our minds tend to associate the positive with good things and the negative with bad things. However, creation is only possible when these two forces are in balance.

Therefore, creation emerged only through the cooperation of these two polar opposites, the masculine and feminine forces, and this balance is intertwined with all aspects of our lives. Despite appearing to be opposing forces, they are actually two sides of the inseparable whole of existence. One could not exist without the other.

Our modern civilization tends to emphasize the masculine force through its mostly patriarchic societies. The imbalances in the world, and our civilization’s march to the brink of collapse in many ways, are due to a lack of balance between the masculine and feminine forces, with the scales being heavily weighted in favor of the masculine force. New technologies are developed without proper balance, and Mother Nature’s delicate balance is disturbed, because society overly emphasizes masculine qualities and mentalities. Most of the problems we suffer today come from the masculine force becoming increasingly dominant and consequently disrupting the natural balance.

Looking at the level of the psyche or the spiritual, we see the “masculine” and “feminine” forces that were called “animus” and “anima” by Jung. These two very different energies exist in both men and women, ideally in balance. Of course, the “masculine” tends to dominate in men and the “feminine” in women, and this is all natural, but it’s important to have a certain balance. When not balanced, a dominant “masculine” in a woman brings out the character of a “ball-busting woman,” while an excess of the “feminine” in a man brings out an “effeminate” character. The ideal situation, of course, is for the masculine and feminine sides to be balanced in everyone, regardless of gender.

Keeping this in mind, I would now like to talk about the creative aspect of the “feminine” force. My aim is to show you that femininity is not exclusive to women. Men should also develop their feminine sides, because they will become more creative. Of course, when seen from a wider perspective, these are nothing but symbols, but it is a fact that the feminine side of  existence is a significant part of creativity.

In feminine creativity, the female part contributes a piece of herself to the creation and feeds her fetus with her own blood. The masculine force contributes as well, but he does not give up something of himself. The female nurtures her offspring with food she produces herself, allowing the baby to develop. These examples in nature demonstrate the self-sacrifice and true creativity of the female as she contributes to the creation. This is why we think of creativity as a “feminine” quality.

We all know the saying, “Men make houses; women make homes.” This succinctly expresses the creative and constructive qualities of the feminine force. What’s more, as more men get in touch with the “feminine” force within themselves, they too will become more creative and constructive.
When a person balances the masculine and feminine energies inside and acknowledges them both, it means he or she has become whole. When this wholeness is reached, everything is all right. The problems people experience are mostly caused by them repressing or rejecting one of their two inner sides. The suppressed side becomes a “shadow,” and we then start projecting  it to others. We start to say things like, “Look at how emotional that woman is!” or “Look at how rude and mean this man is!” The annoyance we feel when we face such traits is due to the masculine or feminine side that we suppressed within ourselves.
Therefore, when we make peace with the situation and integrate both of our sides, things become much easier. However, this integration takes time and may require some specific exercises.

The contribution of the masculine force to creation is momentary. The male’s intervention simply involves fertilizing the egg, but nurturing and caring for the egg after fertilization is left to the female force. In nature, there are many examples of this. When we focus on mental creativity, we see the same feminine and masculine forces at work here. In this case, the masculine force starts the action, let’s say by bringing up an idea. The feminine force subsequently nurtures and grows this idea, because every creative idea goes through an incubation process. All creative geniuses begin with a germ of an idea and then incubate it. The feminine force effectively dominates this process by nurturing and growing this idea until it becomes just like a comely pearl in the dark waters. Afterwards, the “masculine” force brags about what he created, just like the average family guy does.

When we study the lives of all the creative geniuses, especially the male ones, we see how their feminine sides were very strong. They are creative because they utilize their “right brain” very well. Sometimes their feminine sides may become too prominent, so they may display a female character in a psycho-sexual sense. This is a pathological state, of course, but keep in mind that creativity needs the feminine force to be in the greater extent.

For ideas to pop into our minds, again we need emptiness. Without it, we cannot create anything. And this emptiness is the symbol of the feminine force. Usually we focus on what already exists and ignore the empty spaces where objects do not yet exist. However, we should remember that a huge proportion of every atom is empty space, just miniscule particles moving in the emptiness. That is why all geniuses create emptiness in their minds, and as they create things for this empty space, they do it using the power of emptiness. You cannot create something without empty space. This is another example of how important the feminine force is.

Our civilization has conditioned a society that emphasizes the qualities of the left brain, such as consumerism. This imbalance has led to the masculine qualities becoming more dominant while also suppressing the feminine qualities, hence the imbalances. With such an arrangement, even the women have become more male-like to fit in.

The new period we are about to enter is a time for rebalancing the masculine and feminine forces and restoring the feminine creativity to its rightful place. The state of unity that will come from this integration will form the basic reality of humanity’s new era.

There are so many things to talk about when dealing with masculine and feminine forces, but for the time being, I will stop here and leave the rest to your imagination.

The Tyrant and the Sage

Don’t Brush Your Teeth with a Hammer