Home > Traveller > Cuba: Not a Place where Time Stops But Rather One where It Flows
Traveller 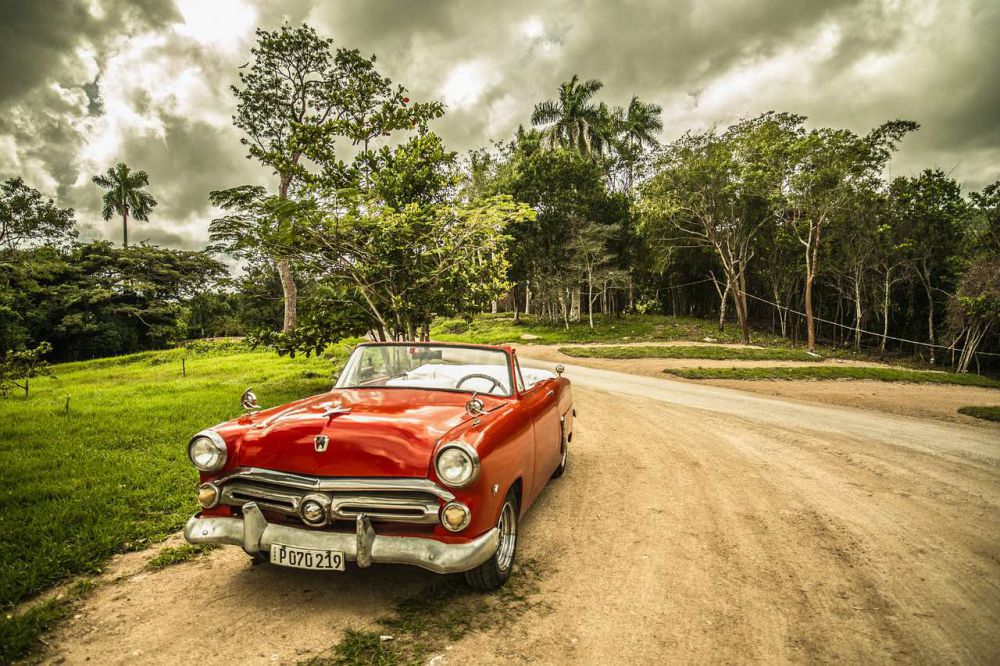 My Cuban adventure started with an email I received in April. The subject was “My dream is Cuba.

I usually don’t read emails that sound like a commercial, but it was about Cuba, and it really was my dream to go there, so I read it. It was actually a very sincere email, and it talked about a project. For this reason, the price of the trip was much more affordable than you usually find. Although I was not really thinking about going to Cuba that year, I suddenly decided to go. I said if this email found me and got me to read it, there must be a reason for it, so I said, “What the hell. I’m going.”

I didn’t know either the organizer or the tour agency, but I talked with the organizer over the phone and found her voice very friendly and sincere, so I sent the money in May. Although it was cheaper than many other tours, it was still a good amount of money for me. The tour was in July, and later on, when the date was approaching, some others said their dream was also to go to Cuba and expressed how lucky I was. I wonder how many people would take such a risk in trusting whatever comes their way. Dreaming is one of life’s most wonderful marvels, and I believe that if you dream with your heart, your dreams will come true, although you should also trust and take action. To those who say, “I also want that, but it never happens,” I ask what you are willing to do to realize your dreams? Will you take risks, for example?

A week before the trip, I had neither my flight ticket nor my visa. I would be lying if I said I didn’t worry at that point, but once I met our tour organizer Naciye and my fellow travelers, I felt ashamed even for that fleeting doubt. Our flight departed at 1:40 am for Cuba, and I was very excited. It was the first time that I had taken such a long flight. I watched the onboard films, which I had missed at the cinema, and slept for just a few hours. 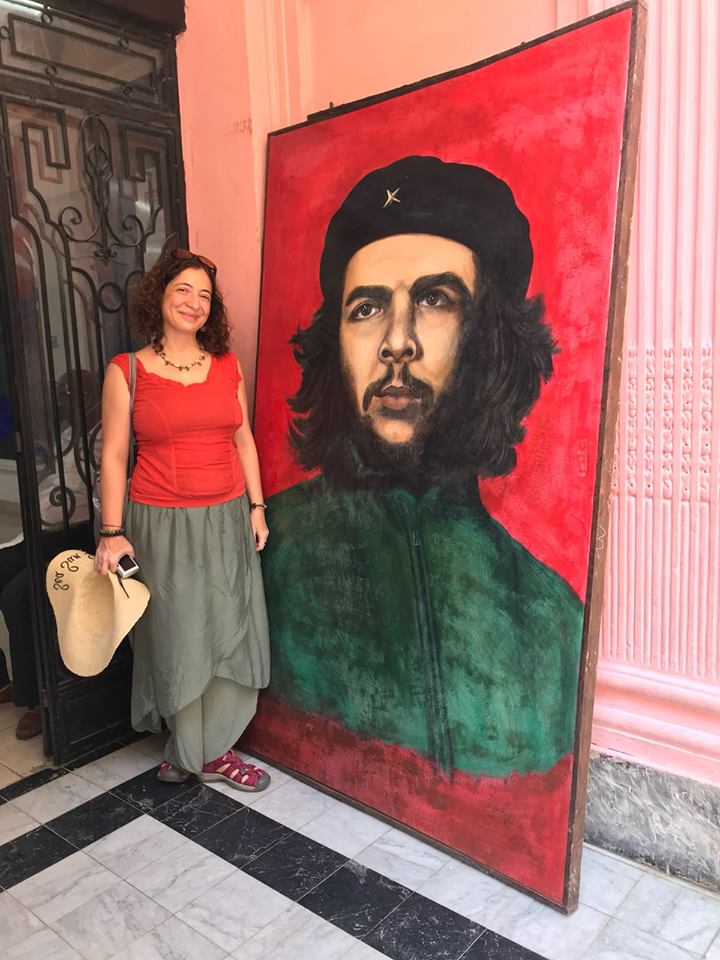 When we landed in Cuba, our cute guide, Daryon, met us. Although he was an engineer by trade, people do much better in the tourism business in Cuba, so he became a tour guide. Honestly, he really loves his job, but I can’t say the same for his English. He recently started to learn Turkish as well, and I am curious how that went. Talking about income inequality, this only applies to the tourism sector. Tourists use a different currency that is pegged to the US dollar. Unfortunately, Cuba started to see tourists as a source of income, and for this reason, people have a higher income in the tourism sector. Otherwise, doctors, engineers, teachers, and so on earn approximately 30 euros per month, although the state provides accommodation and meets basic needs, so Cubans do not have to worry about their future and are generally happy. There is no unemployment, but even if someone is unemployed, all needs are provided for anyway. There is no violence against women—on the contrary, they see women as the household leaders. It is also a sort of a crime in Cuba if you do not pick up a hitchhiker when you have room in your car. If anyone needs help, everyone runs to help him or her, because they see themselves as a big family. They love Che Guevara, and everywhere is full of posters of him. The same cannot be said about Castro, however, and they do not talk much about him, as if they are afraid to do so.

For me, Cuba’s main theme was “to love.” All Cubans love themselves, a lot, and I think this is the main reason for their happiness. There, women can also compliment men they see on the way, even when they don’t know them. If a man is handsome, they call him “mango.” When we said women cannot do this in our culture, they felt pity for us. “How bad it must be to not be able to show you like someone,” they said, because they do it in such a natural and innocent way. They also have a certain self-confidence based on their self-love. Even a woman without a single tooth in her mouth finds herself beautiful, and her female energy is so great that she genuinely seems beautiful. Such a woman makes people look at her through her female energy, gestures, and dance. While we do our best to hide our “unshapely” bodies, the Cuban women wear very tight dresses and they fit them surprisingly well. All through the tour, I watched the Cubans with admiration.

I will not write about the tourist sites we saw during the tour, because you can read about them whenever, and the specifics are a bit vague in mind by now, so I rather share my experiences with you.

All through our tour, we stayed at casas (Spanish for houses) rather than hotels, sort of like Airbnb, where people rent out rooms in their houses. Instead of taking the bus, we used the classic cars and tried to feel the Cuban spirit. On the first day there, we visited a few places in Havana (or La Habana in Spanish), and at night we went to a concert at the Buena Vista Social Club. By the end of the concert, half of my tour, including me, were on stage. On the second day, we went to Viñales where we saw the farms there. I also somehow managed to have a horse kick my leg. Everything had started so well. We toured the farm on horseback, and I enjoyed it so much that they thought I must have ridden before. Unfortunately, my horse was just as rebellious as I am. She was staying away from the group and going different routes to the same point. In fact, it was her wisdom doing this, and what happened arose because I did not trust her wisdom. Although she was trying to keep a distance from the group, I forced her to approach. At that moment, the horse in front of us kicked my horse. Both my horse and I pulled ourselves back out of reflex, but I couldn’t save my leg. I had a bump as big as an egg, but luckily I had tea tree oil with me, which I used as soon as I dismounted the horse. Later we put some ice on it.

By way of an apology, the farm owner gave me a cigar, but he did not take even a cent off the price of the horse ride, but it didn’t cross my mind to sue him or anything. Later on, I learned that there was some kind of bad blood between the two horses, so I was grateful that it wasn’t worse. I was truly grateful, because if that kick had hit the horse instead of me, it could have been far worse. With ice, the bump subsided, but it then started to bleed. The bleeding continued for such a long time, but we eventually stopped it with honey. I learned something new: Honey is very good for stopping bleeding. When I returned to Izmir, my doctor said that the wound had gone very close to the bone. I had been lucky apparently. My doctor was also very surprised that the wound hadn’t become infected, given that I was walking around without a bandage for ten days. And when he heard that had I climbed up a waterfall, swam in the ocean, and danced the nights away on that leg, he was shocked.

Of course, I had options after this unfortunate event. I could have seen a doctor in Havana, I could have returned home early, or I could just enjoy the rest of the tour. Another option would have been to complain every day and spoil the tour for the others around me. I chose to just enjoy the tour. I had some antibacterial ointment with me and tea tree oil, so I cleaned the wound every morning every evening and forgot about it for the rest of the day, although it hurt of course. When something touched it, it hurt even more, so I created a new fashion of wearing one-legged pants. A good thing about being a foreign tourist, especially in Cuba, is that you will never look strange. I folded up one leg of my pants, so it was like wearing normal pants on one leg and short pants on the other. Some girls even approached me and ask me where I had bought them from. Even though it hurt, I still went everywhere and climbed up every place, being grateful for the experience. As a result, another thing I learned from Cuba is gratitude.

So, what else did we do? We learned how they make cigars and how Che smoked his cigar. I also experienced smoking a cigar for the first time in my life. We drank a lot of mojitos.  We were always going somewhere. We saw many cities, but Trinidad was perhaps the most inspiring one. We saw the Che Guevara Museum and Mausoleum. We danced on the streets of Havana. I learned that disco is universal, and even in Cuba it works much the same. So, what were the main things that this tour added to me? I learned to love myself, be grateful, and trust the wisdom of animals. It was as if I had gone to an accelerated life school. They say Cuba is a land where time stands still, but I think it is quite the opposite. They say it because in some ways, Cuba seems like it’s stuck in the 1950s. But time certainly did not stop there, and the people there live every moment with passion. Everything they have is natural, and it is quite impossible to find anything full of chemicals. They love themselves, they do not worry, and they are in acceptance. Yes, it may seem like the 1950s, and they do not have opportunities to travel overseas. They are poor and do not have internet, but Cubans really do live. Do we?

(Unfortunately, the situation may change in future as Cuba slowly embraces capitalism.)

Metin Under, 8 years ago
Traveller