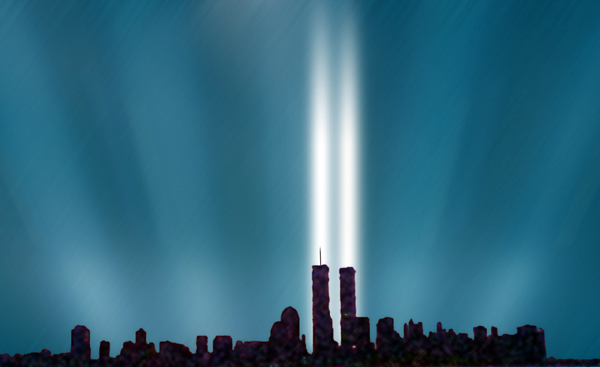 Let me comment on Ahmet Taner Kışlalı. He was my Political Science teacher in the Faculty of Communication at Ankara University. He was one of the prominent teachers of political science and a very well-known columnist. Unfortunately in 1999, we lost him in an act of terror. He is still remembered well through his writings.

The Latin root word “terror” means great fear or shaking with fear. Its goal is to create a common fear or rather to spread horror to pacify the public, and hence its leaders.

Terrorism is a means of political terror chosen by those who are weak. It tries to hit and run in an unexpected place and time because the security forces of the state are stronger both in arms and numbers.

In simple violence the goal is to hurt or eliminate a person, but for the terrorist, violence is not the goal but the means. For example, a murderer kills because he wants to kill that person. Yet for the terrorist, the person or the people killed are not important. What is important is the effect that event will have on people. When a bomb is placed on a train, the identities of the people who die do not carry importance. That is why there can be no terrorism without violence, but violence alone is not terrorism. As underlined by Ahmet Yayla regarding acts of terrorism, psychological results are more important than the physical targets.

Terrorism is calculated violence. It ensures that masses will be terrified and that they will think giving in to the demand of the terrorist as the only remedy. (P36-37)

To start with, the terrorist perceives himself not as the attacker but as the victim. He thinks that the one who is responsible for terrorism is not himself, but the “enemy,” and that the act of terrorism is not an individual choice but an historical obligation. He believes that he acts not on his free will but as a soldier of a holy authority. He might even feel “guilty” for living when his comrades are dead or arrested. (p. 41)

What should be done against terrorism?

In the fight against terrorism three principles can be considered:

A military war alone can never bring a solution, yet there is no solution to terrorism without arms. In the words of another expert “no concession will satisfy a terrorist.”

It is a mistake to try to change the beliefs of terrorist groups. It can only be effective on the individual terrorist alone. Accepting the demands of the terrorist only means bowing to blackmail. It will only help encourage new acts. But just as it is a mistake to show that the public has bowed to demands, it is just as wrong not to take democratic measures to change the conditions that created the terror.

The attitudes of the official or private mass communication tools carry a great weight in the war against terror. The news should be based on truth, but it should never be perceived as the success of the terrorist or revealed as panicking. Expressing terrorism as “war” would be the most rewarding factor for the terrorist. Such a description would increase the respect the terrorist has towards himself and his case.

There are two basic factors that would lower the resistance of the terrorist: The terrorist’s doubts about their basic beliefs and his awareness in the impossibility of armed success. News and interpretation on terrorism will be effective as long as they emphasize the following principles:

Goals cannot be achieved through terrorism.

And lastly, let me conclude: Over time, terrorism blocks democratic means of communication and results in polarization. In an environment where emotions rather than logic rule, the public is usually on the side of the authority and backs the strongest measures. These conditions—especially in communities that lack democratic experiences—find favor that give rise to totalitarian regimes. (p. 42-43)

To Be or Pretend To Be?

Your Journey with your Soul Mate…

Do You Let Society Tell You Who You Are?