Home > Life > The Psychology of Love 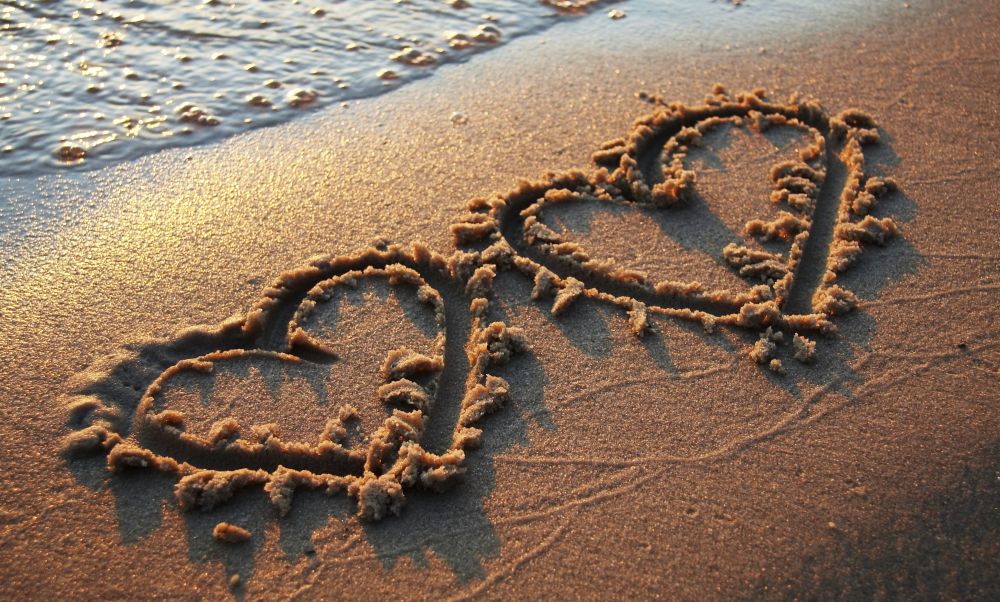 I have always wondered why some extremely handsome men end up being with relatively unattractive girls? In other words, what effect does physical attraction have over love?
It’s the fate of all psychology students to deal with questions like “Why did that happen?” and “What’s the reason for this?” People around them are continuously asking them these questions. It’s a rather annoying situation because people assume psychology knows the reasons for everything people do. We should first be aware of something: If psychology could explain every aspect of human behavior, we would be living in a very different world today, believe me. It would be a world where psychology students didn’t encounter these questions!
These questions can be classified into two main categories. The first category includes the questions about pathology. For example, some people ask, “They say schizophrenics are actually very clever—is this true?” We may explore this category further in another article, but this article’s subject, which has drawn your attention, belongs to the second category. It involves questions about the concepts of relationships, love, and everything involving love. Why do we fall in love? What is love? Does love really only last for three years? And my favorite one: How can I make someone fall in love with me?
I want to stress that this article does not claim to be scientific or academic, nor does it claim to reflect psychological literature either. The research studies conducted in the field of psychology about this subject are much more significant and respectable than what I have reflected here.

The Inquisition of Love: A Short History

Even though some well-known names such as Sigmund Freud and Carl Rogers emphasized “love” as being a crucial part of the human experience, no one attempted to define it clearly until the 1970s. One reason for this is how love was perceived as a special and delicate matter. In other words, people were concerned that science would spoil the magic of love. It could also be because love is a subjective experience like all other emotions, so it would be hard to find a consensus about how to define love. If everyone has a different understanding of a subject or a concept, it’s pretty much pointless to investigate it because everyone measures it differently. This would not help to accumulate knowledge (Livermore, 1993).
In 1970s America, the rising divorce rates started to remove the obstacles caused by the sanctity of love. Couples were ending their marriages just because they were no longer in love. The concept of love was no longer an issue that needed to be avoided, so researchers started to focus on this field. There are now hundreds of published articles about love (Livermore, 1993).

A Theory: The Six Colors of Love

Based on studies and research, psychologists have developed numerous different theories about love. One of the most popular is Hendrick and Hendrick’s theory of 1989. According to this, there are six types of love (Djikic & Oatley, 2004).

Research into this theory showed that partners are especially harmonious when they are in an Eros, Storge, Mania, or Agape relationship (Livermore, 1993), but this doesn’t necessarily mean a relationship will not work out when partners have different types.

Your Beauty Isn’t Worth a Dime…

I have always wondered why some extremely handsome men end up being with relatively unattractive girls? In other words, what effect does physical attraction have over love? Do we become attracted to people because we fall in love with them, or do we fall in love with them because we’re attracted to them? In 2000, Sangrador and Yela tried to find answers to these questions. I should mention the research took place in Spain, so it reflects the Spanish culture. Let’s see what kind of results they found about relationships:

In the long-term relationships, physical attractiveness was ranked ninth with a percentage of 19.6%.
This study’s findings about the connection between love and beauty are much more enlightening. It found that the attractiveness of another person statistically affects all relationships in a meaningful way, regardless of whether they are derived from a love at first sight, a love that flourished over time, or a love that was nurtured through the love and affection of the other person. As the researchers put it, “As the other person seems more attractive, the possibility of love at first sight also increases accordingly.”

A Couple of Hints about Love and Relationships

Nothing is certain! If you’ve decided what type of lover you are and what kind of effect it could have when you find another person attractive, we can proceed with the practice.
Say there’s someone you like but you’re not in a relationship. You’re unsure about the other person’s feelings, but you want to be loved in return. It does not make him or her fall in love with you, but there is a way to make this person feel attracted to you.
Research studies show that when you are stimulated (no, not sexually but rather when our nervous systems go into an alert mode) the possibility of becoming attracted to a person nearby increases (e.g., Lewandowski Jr., 2004). Imagine you’ve participated in a tennis doubles tournament. Let’s say you reach the final of this tournament. In this situation, both you and your tennis partner are under considerable stress, so your nervous systems become stimulated. According to the findings of this research, such circumstances can cause an emotional attraction toward each other. Another example of this is seen in action movies when the main characters end up falling in love.
So, do we need to enter a tennis tournament with the person we like? Of course not. For a first date, something like a carnival or an amusement park would be appropriate in the same sense. The many activities there, such as the Ferris wheel and bumper cars, will stimulate the nervous system and increase the mutual attraction between you. Likewise, you could try a game such as paintball that is both competitive and entertaining.
Now you have managed to make your future spouse fall in love with you, I should also show you a way to sustain his or her affection toward you. Before that, however, we need to talk a little about mice (yes, mice). Don’t be scared, I’m not going to go into details.
In psychology, there is a concept called conditioning. As described in its simplest form, conditioning is the development of a certain reaction in a human or animal to certain stimuli. Those who already know the story of “Pavlov’s dog” will understand me better. After some practice, Ivan Pavlov managed to make a dog react automatically to a bell ringing. Every time Pavlov ringed the bell, the dog would drool because of food expectancy.
Conditioning can be achieved in certain ways. For example, if you teach caged mice they’re going to get a piece of cheese when they press a button five times, it means you’ve conditioned them. As the term implies, the mice are conditioned to get a piece of cheese for every five times they press the button. There are also variations on this. For instance, you can feed the mice by ringing a bell after they press the button five times and drink some water, but there are many other examples.
Studies into various conditioning techniques have determined which are most effective at provoking a response. One such technique is to feed the mice at variable intervals. Since a mouse is unable to know exactly when it gets the cheese, such as when it presses the button three or five times, it is inclined to press the button continuously. We’ll see more details of this soon.
If you want your partner to show you continuous affection, I would recommend you use the final method I mentioned above. If you pick up the phone every time your partner calls or talk to him or her every day at certain times, then he or she will not feel the need to call you constantly. In contrast, when your partner doesn’t know when you’ll answer the call, he or she will call you more often.
The steps you should take can be summarized as follows:

Warning: After all this trouble you’ve been through, if you return to your old habit of picking up the phone every time your spouse calls you, all your efforts will go to waste and the effect of the conditioning will vanish.
We have looked at love and relationships through the window of psychology. There’s no doubt that real life is much more complicated than what we’ve mentioned here. Love and relationships, like everything concerning humans, are highly complicated and derive from the interactions of many factors. The research and studies mentioned above are not shams, and the results they found were achieved using scientific methods. The references to these studies can be found below. However, it wouldn’t be fair to depict an article that summarizes two or three studies as being more reliable than it really is. What I’m trying to say is this: When you come across these so-called “hints and tips” about relationships, you shouldn’t take them too seriously, including mine. What’s more, if you think you have serious problems in your current relationship, you should see a couples therapist rather than just anyone. These professional people are highly educated in the field of relationships and marriage. They have the best answers to your questions.

The Unbearable Happiness of Losing Weight by Eating