Home > Life > What Are You Really Worrying about? Is It Real or Just Mental Fiction? 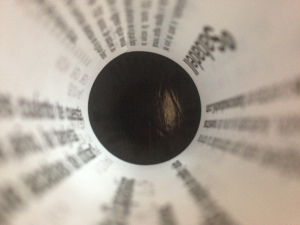 I bet we would get five different answers from five different people if we showed them the same cover photo for this article and asked “What do you see?” Of course, each would form an answer based on different issues, such as his or her emotional state, past experiences, and creativity. Each answer would naturally be a mental interpretation of the photo. The only real fact, however, is that this picture is a photo of a rolled-up credit card slip standing on a black table.
Do you know how often we worry about things that are not “real” but rather just our mental commentaries and interpretations? How often do we descend into a cycle of hopefulness and frustration just because of our mind’s flawed interpretation of reality?
When something occurs, instead of looking at the facts as they really are, we add our own feelings and interpretations to them, transforming them into something else, something fictional. We then start worrying about these fictional interpretations, causing ourselves suffering in the process, even though there is generally no need.
For example, if you don’t hear from a friend for a long time, you may start thinking, “She must be upset with me about something.” You may even think she no longer wants to be friends with you. There is only one real fact here, though: You haven’t heard from your friend for a long time.
Likewise, a co-worker sees you in the cafeteria, and despite being alone, he chooses to sit at a different table rather than join you. Your mind then starts rattling off thoughts like “He is angry that I didn’t invite him to yesterday’s meeting” or “He’s jealous of my new assignment.” You then feel hurt and upset. Do we realize that such thoughts are mere assumptions and commentaries? Why do we exert our brains on creating these fictional scenarios? Again, there is only one real fact: He saw us and despite being alone, he sat at a different table.” Do we know why he did this? No, we don’t.
When our mind engages in this mental chatter, we get sucked into a whirlpool that can soon drag us down into thinking nobody loves us, at least if we don’t escape its pull in time.
There is a similar danger when we create “positive” interpretations as well. If, instead of seeing the facts for what they are, we interpret them in an overly positive way, we form unrealistic expectations that inevitably lead to disappointment.
For example, someone you like says something quite innocent to you. You really want to date this person, so instead of taking it at face value, you interpret it as a signal that this person is attracted to you. False expectations then start to form.
If your manager starts complimenting your work, enjoy the praise, but don’t interpret it as a sign that he wants to promote you at the end of the year, at least unless he says it directly.
On realizing how many of my worries and disappointments originated from these incorrect mental interpretations, I decided to do something about it.
I try to catch my mind before it descends into the vicious cycle of chatter. Whenever I notice that I’m starting to have worrying or saddening thoughts, I immediately ask myself, “Is this fact or fiction?” This simple question wakes me up and allows me to escape the grip of the whirlpool.
Say a friend hasn’t been in contact for a long time. Instead of getting into an hour of mental chatter about why she hasn’t called us, phone her and find out what’s really going on.
A workmate sees you in the cafeteria and sits at another table, even though he’s alone. Maybe he’s in a bad mood and wants to be alone. Maybe he’s just very busy and doesn’t have the time for small talk. After all, the only real truth is that he sat at another table. Why speculate about the reasons and get upset about them?
I had a great opportunity to try this while I was traveling with my son the other day.  We were flying from Los Angeles to Madrid and about to take our connecting flight from Dallas. About ten minutes after boarding started, the process was halted and everyone had to wait at the gate. It was then announced that the plane had a technical problem that would take at least 45 minutes to correct.  My son then started worrying about it right away: “If they stopped boarding, it must be a serious problem. If they can’t fix it, we’ll need another plane. What if there are no other planes? We’ll need to find somewhere to stay in Dallas.” The drama increased with every sentence, so I decided to intervene in the way I normally use for my own mental chatter:
“Did you hear them say that in the announcement?
“No!”
“So, what exactly did they say?”
“That there will be a wait of at least 45 minutes!”
“So, do we need to worry then? We have 45 minutes, so let’s leave the waiting lounge and get a coffee from the Starbucks round the corner.”
With our restless minds constantly speculating and interpreting, we render our lives even more difficult than they already are. So, let’s make our lives a little easier by questioning whether it’s a case of fact or fiction whenever we feel ourselves descending into a vicious cycle of mental chatter. Let’s just worry about the “real facts” instead. 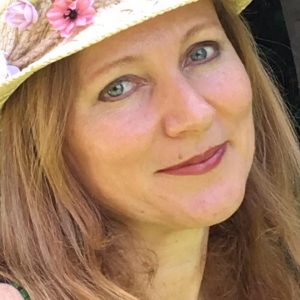 Can a Person Change His Own Luck?