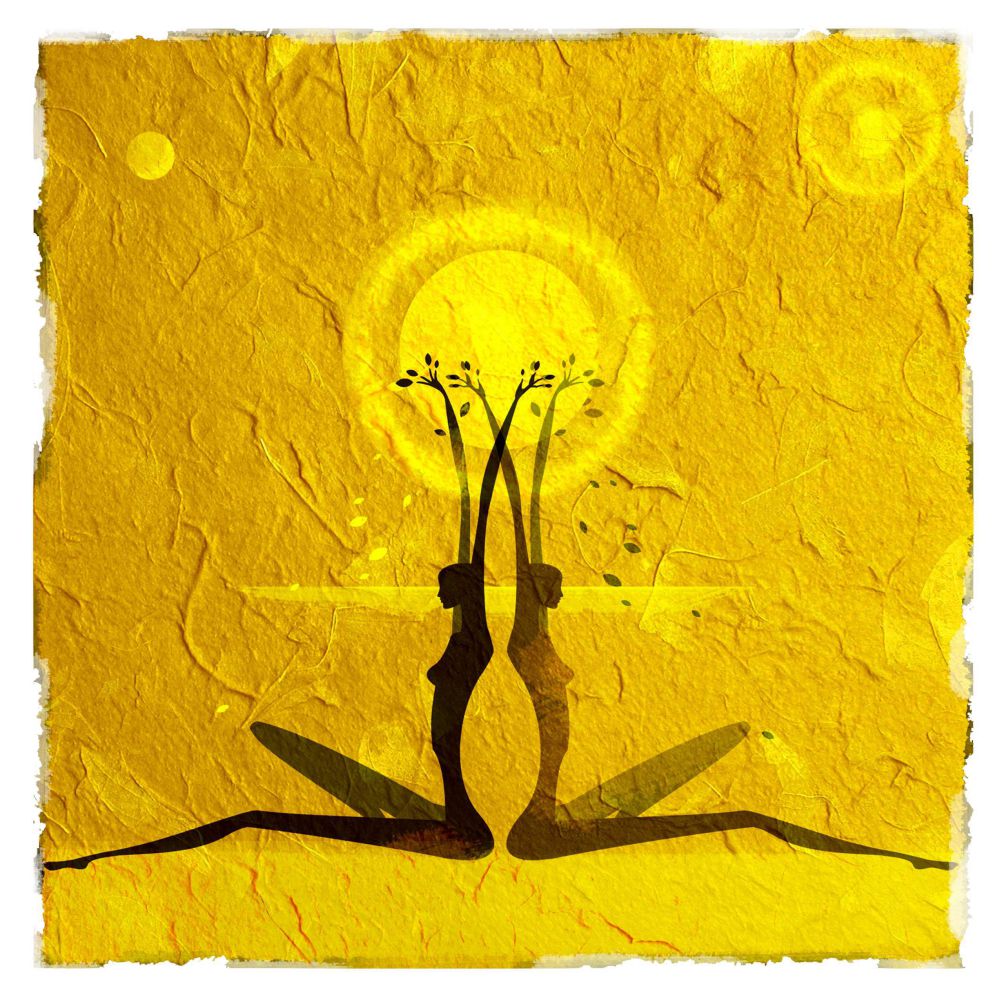 Now, after almost 1,500 years, the children of our modern world, or more realistically, a small fraction of it, seems to be re-discovering the goddess and the “life-giving, life-sustaining qualities” of the universal female energy.

Until relatively recent times, our comprehension of the early stages of human civilization was limited to a generally-accepted model essentially based upon the view that urbanization began with the Sumerian and Egyptian city-states in the late fourth millennium. In the early 1900s, many respected scholars strongly believed that Eridu, Nippur and Ur were among the first human settlements we could call “cities” and almost immediately followed by Memphis, Thebes and Heliopolis along the Nile Valley. Any social organization which predated those great ancient civilizations were simply placed in a large box titled “prehistory.”

What was history then, or if put in a correct way, which benchmark defined the thin line between history and prehistory? According to the established opinion, the main criterion was the invention and extensive usage of the most impressive product of the human intellect, namely, writing. The earliest examples of writing that archeologists have discovered thus far belonged to the Sumerians of Southern Mesopotamia; then their Egyptian counterparts appeared almost simultaneously, following suit with their marvelous Metu-Neter, or as the Greeks called it, hieroglyphics.

Thus, the distinguished scholar of Sumerology, Samuel Noah Kramer, chose the title for his famous book, History Begins at Sumer which crowned the Mesopotamians with the most important invention. Not only did the genius designation of the syllabic sign system lead Kramer to conclude that the Sumerians were the pioneers of modern human civilization, but he also attributed many “firsts” to this nation, including the first cosmogony and cosmology, the first education system, the first legal regulation and others. So accordingly, the southernmost part below the “fertile crescent” sits the place where history began.

All the human settlements inhabited prior to the Sumerian and Egyptian civilizations belonged to prehistory (for they could not invent a writing system), and they were generally considered nothing more than simple agricultural villages that hosted skillful, industrious, yet somewhat primitive, farmer tribes. An inclusive concept of cosmology and cosmogony could only flourish in a society with a highly advanced symbolism and abstraction, and the folks of pre-Neolithic era lacked this asset, having developed only a simple “totemism” connected to fears and superstitions dependent on the unknown forces of nature.

Then, in the early 1960s, something happened that strongly affected our view on prehistoric people who predated the Sumerians and the Egyptians: A well-known British archaeologist, James Mellaart, unearthed the ruins of a large Neolithic settlement in Central Anatolia, which astonished the scholarly circles with its impressive urbanization and highly-sophisticated social structure. The name of the site was “Çatalhoyuk” (Fork-Mound in Turkish), situated near the town of Çumra, Konya. After the initial surveys and evaluation of the data obtained from ongoing excavations, Çatalhoyuk was dated approximately to 7500-5700 BCE, which placed the settlement more than four-thousand years older than the Sumerian cities.

Beyond its antiquity, the site appeared to be the best preserved Neolithic settlement ever discovered. But, what impressed Mellaart most was neither the dense occupation of the site (estimated to host around 10,000 people) nor its enormous sizes for a Neolithic town. The amazing part of Çatalhoyuk was the surprisingly advanced mural art and many marvelous figurines found on the site which reflected the culture of its mysterious builders.

It did not take Mellaart very long to discover and identify the essential elements of the Çatalhoyuk culture with its spiritual character. Numerous identical figurines unearthed at various parts of the site eventually began to give an inclusive idea about how the inhabitants thought of life, death and the main principles of the universe. Those clay figurines, among which we find the very famous birth-giving “Seated Woman,” depicted a picture of a world view centered on the female characteristics of an apparent deity that outshined any other ornament that could be considered a “cult object.” The mural paintings on the internal walls of some sacred rooms seemed focused on spiritual concepts related to the regeneration of life and the never-ending cycles of birth-death-rebirth, pointing to pregnancy and especially the womb as the life-giving source of the universe. The people of Çatalhoyuk were among the first developers of a faith system we now call “The Mother Goddess Cult.”

Many scholars followed the works of Mellaart beginning in the sixties and focused on the general characteristics of the goddess cult which seemed to emerge not only in Çatalhoyuk but in many similar Neolithic and pre-Neolithic sites across Anatolia, Northern Mesopotamia and as far west as the Balkans and Eastern Europe. Now lying on the historians’ table was culture with a unique conception of the universe along with some key principles. Among those distinguished scholars, we must name Marija Gimbutas, the famous Lithuanian archaeologist, who in the late seventies became the pioneer of extensive research to shed light on the spiritual life of our ancient ancestors.

It was by no means an easy task to bring the scattered parts of a big puzzle together with so few clues available; yet, Gimbutas and her colleagues knew they had to start somewhere to work on the jigsaw puzzle that looked promising to assist pre-historians’ hard work to fill the gap between the early Neolithic and the first great civilizations of the Bronze Age. The first thing to do was to evaluate and categorize the enormous data unearthed (many of them by Gimbutas herself) during numerous excavations. She worked exhaustively on dozens of sites from the Balkans and Greece to Aegean Islands and Anatolia for decades, which helped her to prepare extensive material for use in her monumental works like The Language of the Goddess, The Civilization of the Goddess and The Living Goddesses.

With the valuable contributions of Gimbutas’ works, the picture that began to emerge helped us fill the gap in our understanding of pre-history by illuminating the darker parts of the ancient symbology employed by Neolithic think-tanks thousands of years ago. That meant unearthing the oldest cosmology and faith of human history, nothing less.

Mother Goddess, or more correctly “The Universal Goddess” as Gimbutas put it, was the source of everything according to the people of Neolithic towns that began to flourish around the Old World ca. 10,000 years ago. She was the essence of the universe, the provider and the sustainer of life. She was the one who kept the entire system evolving through the regeneration of nature. She was “the one” but with numerous different manifestations that represented the different forces and powers of a heterogenous universe; thus, she had many different epithets regarding her various aspects that composed this complex system as a whole. Yet, she was not a vague or abstract being, separated from the essence of the physical world: She was the universe herself, with all its visible and invisible components; nothing more and nothing less.

The studies on the early Neolithic societies in Eastern Europe, the Balkans, The Aegean Islands and Anatolia, yielded valuable clues on the social organizations as well. Not only was there an absolute equality among genders in ancient settlements, but also a social order that exalted female qualities as well—an order Gimbutas called “matrist” or “matrifocal” where the spiritual leaders of the society were wise women. And notably, those early societies definitely had a peaceful character: No traces of warfare, manufacturing of weaponry or even the slightest clue of a “warrior system” were found during excavations. They were working, producing, harvesting and sharing together in absolute equality.

The peaceful life of the “Goddess people” lasted thousands of years until a critical breaking point emerged around the fourth millennium BCE: New and unfamiliar people who came from the steppes of the central and northern parts of Asia began invading the lands they lived in. These new immigrants had advanced metal weapons, mastered horseback riding and appeared to be strong warriors. The naive inhabitants of the Neolithic towns could not resist these never-ending invasions unless they themselves developed a warrior system to fight back Further, the picture of the known world began to change rapidly in favor of violence and male-oriented values. That was the end of the reign of peaceful, caring, loving and nurturing Mother Goddess; the wrathful, jealous, punishing male deities were now appearing on the scene to eventually replace her.

The last 5,000 years of humanity, which we call “the historical era,” has become the thrilling story of the patriarchy that has dominated our culture in every manner, of course, beginning with lowering the social status of women and simultaneously downplaying the role of the goddess. The Goddess Cult did not suddenly disappear of course; in fact, it resisted the new situation for centuries before finally surrendering. The so-called “polytheism” of the Bronze Age did include the goddess figures in its patriarchic theologies, though lowered their status to a mere “helper,” “mother” or “wife” of a chief male deity. In the fourth century AD, when the Roman Empire introduced the male-oriented monotheism, the end of the goddess cult appeared on the horizon.

Now, after almost 1,500 years, the children of our modern world, or more realistically, a small fraction of it seems to be rediscovering the goddess and the “life-giving, life-sustaining qualities” of the universal female energy. Could this be a first step towards a new era that would bring the golden principles of “liberty, equality and fraternity” back to our world while we enter the second decade of the new millennium? It’s still too early to say anything about it, but at least there appears to be something in our hands, to be optimistic about.