Home > Story > The Young Girl and the Soldier
Story

The Young Girl and the Soldier 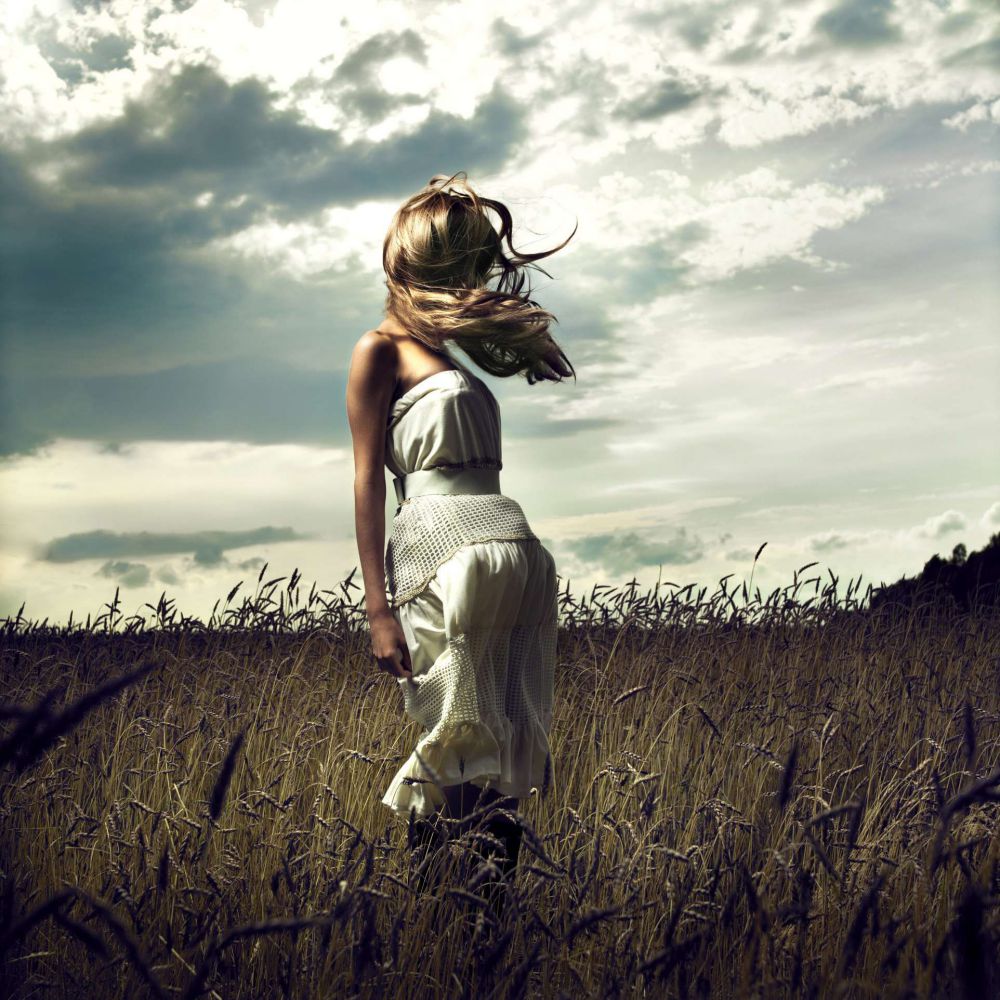 It was times of war. Out of breath, the young girl trying to escape Nazi soldiers collapsed under a tree. She looked tired, and obviously had spent many a night without sleep because she had to hide. She knew well where they would take her if they found her. She wore a loose pair of slacks made of rough material and a pair of boots. She inspected the bag she was carrying…so little food left. She would make do for a few more days, and then…well, back then, there were no “then’s.” She found the sun’s rays reaching out to her through the branches of the tree, so she lay down. She had to rest for a while and then had to figure out what to do.

When she awakened it was already dark. The moist cold of the forest made her shiver. No light shined anywhere. Complete darkness. She raised her head to see that even the moonlight was in hiding. She sighed and wished the war were over. Men were worn out. What kind of fight was this? She fell asleep again.

She woke up in the early hours of the morning and drank a little water. She strained her ears to hear the birds. She smiled bitterly, because she was just imagining. There could be no birds in such hell. She rose to her feet slowly, afraid of making any noise. She was on the run for days. In the end they had left her in this forest hoping she would survive somehow. She was still very young. She had found herself in the middle of what was just after she had finished school. Things started happening much faster after her father’s death. It had all started with innocent protests of war, then…then, here she was. Her only sin was to have been born into a different religion.

Days were passing and there was little she could do. Soldiers were everywhere. She was running out of food. She often wondered what had happened to the friends she had set out with. Maybe they were all dead. Who knew?

All of a sudden, she shuddered from a sound she heard nearby. It was a moan. She walked towards the moaning. Then, she saw him, a wounded soldier. His shoulder was bleeding. He was about to pass out, when with one last effort, he opened his eyes, gazed into hers and out-stretched his hand. He was losing a lot of blood. His blond hair turned thick with dust and blood. “How young and how innocent,” she thought.

She gathered her strength and tried to drag him to her hiding place. She tried not to hurt him. She took out the water and wiped his face and wet his lips. She wanted this war to end. She took out her jacket, tore off a sleeve and wrapped the wound, trying to stop the bleeding. She started crying to feel so helpless. She wiped away the tears with her now bloody hands and wrapped the wound carefully with the rest of the jacket. She placed her bag under his head. Now, all was in God’s hands. When she saw the blood on his leg, she remembered the motorbike next to him. She had to hide it as well in case it could be seen.

Now she had taken on another responsibility, another life. He had a right to live even if he were a soldier.

She tried to give him more water when he came to. The soldier would open his eyes every now and then and look at her. It seemed they were the same age. He might have been a few years older. For days she sat by him and watched him. The new bond between them was unbelievable: as if they were old friends, like family, friends from childhood. Who knew, maybe they had played in close-by streets while kids. What kind of fight was this?

The soldier healed miraculously. She was so happy. Yet another life had been saved. But it was time he left. They no longer had any food, so he went. He came back…He went and came back again. Now the days passed as she waited for him. She found consolation in these new emotions. Some nights they spent together. They never talked much. They didn’t feel the need to.

As the days passed, she found a little boy in the forest. He was around nine or ten years old. He had lost all his family. A priest had left him here hoping he would be saved if he managed to survive. He was wearing Bermuda shorts and a worn out sweater. He limped from a wound incurred while escaping. His name was Patrick. Now, they also had a young boy with them. It would only give her hope, sharing what little food she had with this boy. Maybe she could also save him. His light brown eyes looked so innocent and hopeless.

She tried to go down to the nearby village with the boy. She thought maybe she could find someone to entrust him to. There was smoke everywhere. The village was in ruins. There was no one. “Wonder where they have all gone?” she thought. “All of them,” she questioned. Yet again in desperation they made their way back to the forest. The soldier would come almost every day; yet, she felt there was something different during his last visit. Although nothing was spoken, her instincts told her something wasn’t right.

One day the soldier didn’t come. She felt uneasy, but consoled herself with a reminder that there were other times he hadn’t come either. “It is because of the war,” she thought.

The next day they woke up with a lot of noise. The soldiers had come. They put them on a truck with many others. The end was approaching. The high walls of the prison camps could already be seen. Nobody spoke. Nobody cried. They unloaded a truck full of women, men and children.

There were long wards, cold walls. Outside were people digging holes, inside peeling potatoes. Tired faces. A shot could be heard every once in a while. They would just raise their heads and wonder who it was this time. Then they would go on with what they were doing. All hopes were gone.

One day they called the women out. They made them line up next to the waiting children. They pointed to the big building. Together they walked to the building. The doors opened into a huge and empty room. The high ceiling revealed only round holes.

Notes from the Light Bridge Practice:

How to Charm a Spiritual Woman - Part 1

Gülüm Omay is a Reiki Master and trained in yoga and meditation. She has owned an Advertising Agency and specialized in advertising and graphic design. In 1987, she was introduced to Sufism and mysticism and carried on work in those subjects. Since her introduction to Reiki in 1995, she regularly gives Reiki seminars. At present, she offers a variety of seminars in many cities. She is the author of a book on Reiki named as “Reiki – Universal Life Force”.