Home > Story > We Are One
Story 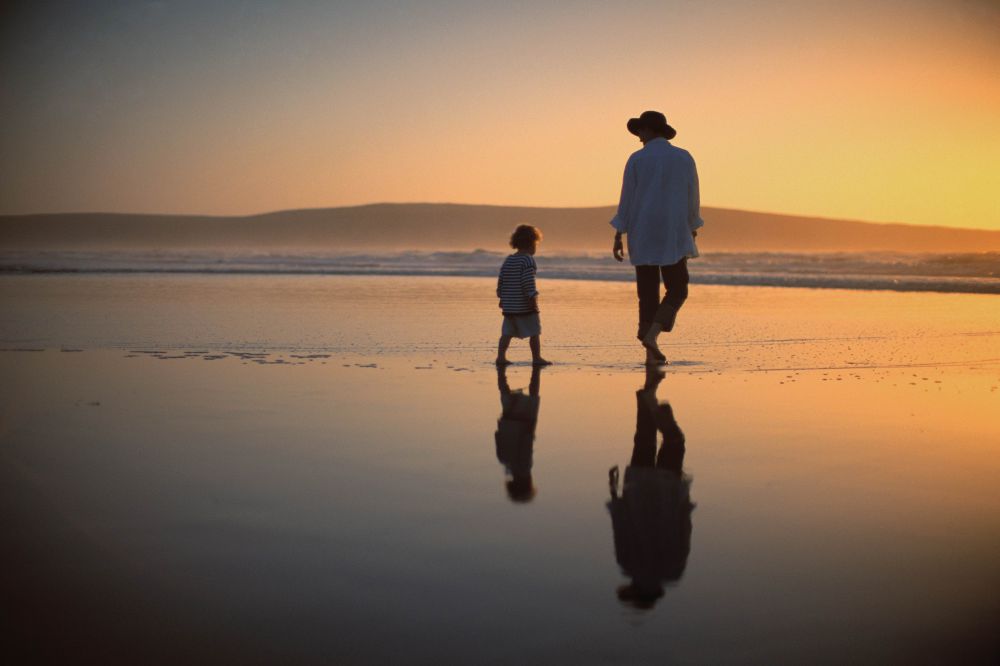 I don’t remember exactly when I started asking questions like “Who am I?” and “Why are we living here?” However, I distinctly remember when I was given the first answer. I was too young to comprehend such matters at the time, but this is what I was told: “God created us to serve Him. We are being tested in this life, and good people will rise to heaven, while bad people will be sent to hell.” I am sure everyone has heard similar things, and some of you might even say, “Of course, that’s just the way it is.” My reality was also this for years, until I asked myself “Who am I?” and “Why am I here?”

From its beginnings, humanity has always asked itself these questions, and various answers spread around the world in the form of belief systems. You can find a multitude of sources on this subject. The answer given to me was based on the location, family, and time I was a part of. What’s more, I was also instructed, “Don’t think differently. Don’t question this answer, or you might end up going crazy or being cursed by God.” These instructions tried to prevent me from questioning further, but I didn’t care about any of these. One day these obstacles would be wiped out, and until that day, I would be guided by those obstacles in accordance with “the lifestyle I chose before coming to this world.”

I literally experienced the most shocking moment of my life when I opened the front cover of Ramtha’s book Soulmates. It said, “You are God” on the cover, and as soon as I read that sentence, I knew I was on a one-way road. Up to that point, God had always been my fellow traveler with different roles, but now God was removing his mask and showing me his face. As some of you may have guessed, I was the one behind the mask.

Later, throughout our long journey, God showed me many of his masks and explained how I benefited from them, why I chose them as fellow travelers, and what roles they played in the universe. God acted perfectly during this process. While I was acting out his scenes during my daily life, I forgot they were performances. After every scene (incident) was complete, God poked me and said, “Hasan! Hasan! Do you hear me? You got carried away again. We need to continue our journey.” Sometimes, when I couldn’t wake up, God himself stepped into the play, trying to wake me using firm but kind methods.

Some scenes involved an armed man threatening me. Some involved a girlfriend leaving me. Sometimes there was an illness. Sometimes there was a ghost in the house. But God always did his best to wake me up. When I finally awoke and said, “It was hard to wake up because you acted so brilliantly,” he just smiled and said, “What would the point of my solo performance be without you accompanying me so well?”

Occasionally, God would disappear. I looked for him and became scared when I couldn’t see him around. When he appeared again, I anxiously asked him, “Where have you been?” God smiled again and replied, “I suppose I have the right to enter the game as you after I became integrated with you, eh?” I never understood this statement clearly. Yes, I knew that I saw him as me when he took off his mask, but how was it possible for him to enter the game as me when he already was me? I was confused, and one day I asked him about it. He smiled and replied, “One day, you will realize I am not with you on this journey, because I will already have been united with you. Right now, we’re playing this game as two fellow travelers, because you think you are lonely when you’re alone. On the other hand, I should also force you to get used to being on your own, so one day, when your path coincides with those of others, we can enjoy walking with other unified ones.”

As far as I could understand, he was trying to stop me from feeling lonely when alone. When the time came, I should be able to walk with others who were also “used to themselves” on this long road without any need to play games. I then asked him why we started this journey on a narrow path that needed this kind of a friendship. He smiled again with his usual serenity and charm and replied, “The answer to this question will give you the secret of creation, Hasan. Are you ready for the answer?”

Before starting this journey, I considered myself as someone looking toward vast lands in deep thought. I had the power to change the entire scenery whenever I wanted. One day, I decided to step into the scenery, and this started everything. You wouldn’t believe the astonishment I felt when I stepped on the ground. Suddenly, I found myself inside a body. It happened all of a sudden and without as much thinking as many would assume. I merely took a step, and it happened. When I took a second step, I saw many of “myself” around, and we all looked at each other in bewilderment. It’s really hard to explain. It was incredible.

That moment, I saw myself for the first time. We were being reflected from each other’s eyes. I didn’t know how beautiful I was until that moment. Actually, I always knew it as a fact, but experiencing was very different to knowing. I turned and looked at the me standing next to me, and he did the same. Another new experience was about to happen. I started feeling wetness on my face, and we later called it crying. The feelings I/we had at that moment were so incredible and inexpressible that they stayed inside as the most basic, deepest, and ultimate feelings. Then, through a joint decision, we started walking toward the path ahead of us. We heard these words inside our spirits: “Each of these paths will take us in different directions, but when the time comes, we will all meet here and have that first moment of feelings again, but with the experiences of our long journeys as well. The paths will then merge and become a single infinitely wide road, and we will walk hand in hand on this road toward infinity. We will walk as one who has lived life and found his real self, until we decide to look toward far-away lands again… This time, I will have known myself and lived life. Hasan, I chose to live myself, and this is exactly what I’m doing now.

I am deeply impressed with your words, and I feel it all inside me, God. But what about my position among all these? If it is your experience, then what am I supposed to do here? Please, don’t again tell me, “I am you. We are one,” because I don’t understand it. It doesn’t make any sense. Please, tell me something different, but in a way I can understand and that isn’t already written in books.

“I am you, and we are one, Hasan,” said God with a grin before adding that he was joking. “Actually, it’s very unfortunate that this simple truth has lost its energy among people. I think it has lost its real effect by being repeated over and over again.”

“Maybe only I have lost its real meaning,” I replied.

God then asked, “Do you remember when you made love for the first time?”

“In theory or practice?” I playfully replied.

“That’s what I like about you,” he said laughingly. Actually, the answer to my question covers both. You’ve known about making love in theory for years. You’ve read books about it and listened to your friends, but you didn’t know what it ‘really’ meant until you made love for the first time. Am I right?”

I said, “I really wonder where this conversation is heading to.”

He smiled again and said, “A person cannot learn how to make love on his own, can he? He needs a partner to practice with. You are my partner in this whole endeavor. I am learning how to live with your help.

I sighed and said, “I’m afraid I still don’t get it, God. It doesn’t make any sense to me.”

He laughed hard this time and said, “Hasan, I wouldn’t be able to experience this life without you. Let me tell you how I felt while walking down the path. I used to feel the earth, the air and nature around me. However, something was missing. Because of this, I wasn’t able to enjoy and make the most of everything as I should. Then I found you next to me, and I was astonished. Actually, I realized that something was missing after I met you. As you started accompanying me, my journey became an amazing experience. I realized that nothing would be the same again after I touched you, because you were me without knowing you were me. When you opened your eyes for the first time, you looked around blankly and asked, ‘Where am I? Who are you?’ Since then, I have tried to remind you who you are. I’ve tried on several different costumes, created numerous scenes, and tried to wake you up from your deep sleep. Each time you awoke, I witnessed how you came closer to remembering your real self. In fact, this was not a process for you to remember yourself, because the way you were was already there, standing before your eyes. I was trying to remind you about us. You were actually living and enjoying everything we knew about ourselves. I was the one who knew, and you were the one who forgot. The one who knew he was living himself while remembering the other one. We were making love as two opposite sides and experiencing how magnificent the things we knew were. We learned about us by making love to each other. I was your higher self, while you were my lower self. I was your God, and you were my servant. I was your soul, and you were my flesh… But actually, we were one who made love to himself. Without having the other, we would never know how amazing it was to make love.”

God gently said, “All right. I think you should take a rest now. It’s been a long process for you, and now you know it. Take a rest, we can discuss the rest later.”

“Okay, we’ll talk about the rest later,” I said.