Home > Soul > How to Charm a Spiritual Woman: Part 4
Soul

How to Charm a Spiritual Woman: Part 4 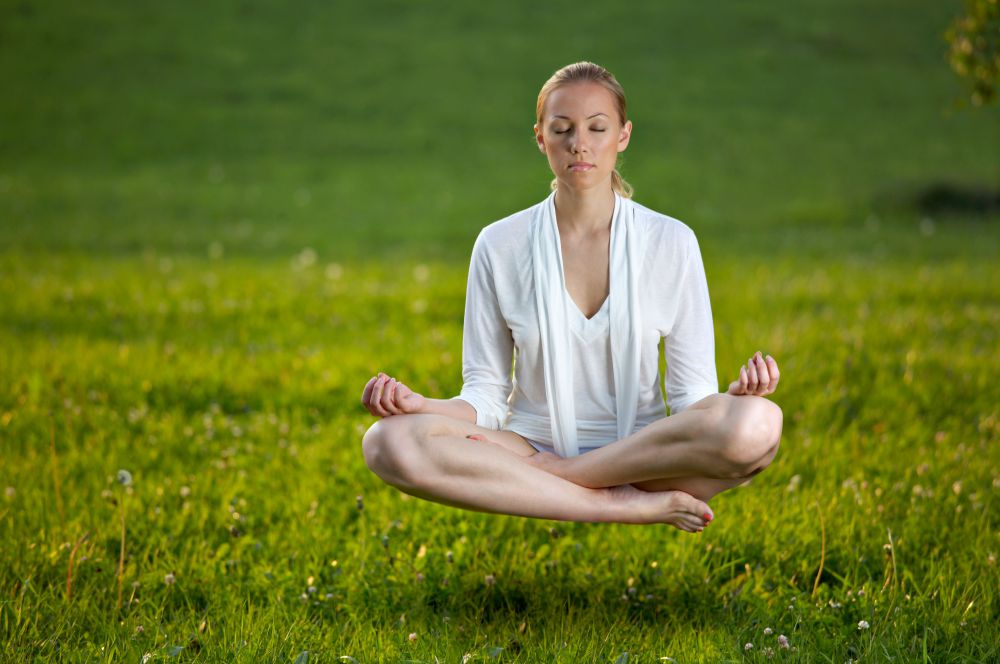 So far, I have explained and explained, yet no one has asked, “Okay my good friend. You have shown us how to charm that spiritual woman. What if you were to categorize them? So we would know who to approach and how to approach her.” To answer this, our topic this time will be the different types of spiritual women.

From the start, women will be frowning and probably saying something like, “Women types? Now this guy is going to sit down and categorize us? How ridiculous! Let’s read this and have a laugh! After all, I can’t be categorized!” Whether spiritual or not, being special is every woman’s fixation. All the women I have met in life have, somewhere along the line, told me, “You can’t categorize me. I’m not like the rest.” I could choose not to categorize you and accept you are “special,” but by doing this, I am categorizing you as the type who refuses to be categorized and underlines that she is “special.” I don’t think anyone can dispute this. If someone were to come up to me and say, “To be honest, I am nothing special. I am just an ordinary person,” she would sound very “special” to me at that moment.

Let’s return to the different types of spiritual women. We’ll assume you fell in love with one from this world, and you want to pursue her. But each has a different approach and different energy. Some will exhaust you, make you dizzy, or make you wish it had ended before it began…. Among those in the first group are the “mystic” ones.

The most obvious characteristics of the mystic woman is the smell of incense surrounding her and her constant presence in shops that display masks in their windows. I am sure you have seen such shops. I am also sure you were unable to even enter one. Furthermore, these women can’t wear anything other than the creations of Navajo Indians dating back to the 11th century. They look like walking rugs in these outfits. They often read Carlos Castenada and similar authors, and they tend to believe in magic and often attend mystical rites. This group can further be divided into two: The type who is more interested in the appearance of things, and the type who is more interested in the philosophy of it all. The former usually has little knowledge, and upon meeting someone who knows just a little, they will jump into it. Therefore, it’s rather easy to charm this group, even with your very limited spiritual knowledge. But since the void in her knowledge also reflects the void in her emotional state, do not expect a lasting relationship. Even if you do not leave her, she will soon drop you, because she does not know what she wants. Making love will not be a problem, but if you do so without taking off her numerous rings and necklaces, you may end up with serious wounds. Don’t say I didn’t warn you—these wounds can even become infected.

The latter group can also be subdivided into two again based on their outlook on sexuality. First of all, these women have comprehended spirituality relating to thousands of years of teachings and reached the level of priestesses. It would be a hard task to charm them with just a few simple stories of astral voyages. The division comes in that some have really become priestesses, denouncing any carnal dealings. They may later regret it, but your efforts will be wasted in the meantime. The others see sex as an act of worship. These women try to make you pious, and you may end up chanting. Have I made myself clear?

How do you approach this type then? I have already given you a few tips. Reading a few books, putting on a mysterious look, and engaging in a few intellectual activities will probably be enough. As for the second type, there is a monastery I know. I will give you its address and phone number, so you can go and receive training. After the training, you won’t want such a relationship any more. May God be with you along your path. As for the second type, the priestess: don’t bother. If she sees you are strong and ready enough, she will come and find you. There is no need to make a fool of yourself!

The second type is the healers, and heading the group is the Reiki practitioners. This type is the most easily approachable. For a start, you have a common topic. Through Reiki lessons and gatherings, you already have a place to meet. Furthermore, you also have the chance to touch her. Since the first, second, and fourth chakras are situated at very sensitive regions, you can avoid being called a pervert (although using Reiki like this is against the unwritten ethical rules of Reiki).

Unless you are living in a fantasy of Reiki giving (although I wonder what kind of fantasy this would be), be clear that this will be considered perverse. The healers do make great sweethearts, and they are very inclined to lasting relationships. The energies they use are effective, so they are balanced and they won’t give you headaches. Reiki masters spend most of their time quarreling with other masters, so they usually have no desire to quarrel with you as well. Instead, they will want to cuddle up at evening and give you all the gossip from Reikiville! As most of them do not delve into deeper philosophies, they have a feeling of belonging to this world. In fact, they are barely at the beginner’s level, and Reiki has been a good start for them. They tend to be more beautiful than most, especially between the ages of 20 and 30. Over 70 percent of them wear some Japanese writing in the form of tattoos (these are usually the most attractive), rings, or necklaces. As I mentioned earlier, approaching, meeting and getting close to this type is the easiest, especially if you find one that can massage, which would be just perfect. She promises a lasting relationship, doesn’t nag, gives massages, and gives energy! What more could you want of a woman?

The third type is the pure spiritualists. They lead a life based on reading spiritual books of all kinds, channeling, meditating, and so on. They are very fickle and try everything they see. They are like the children who go to the playground and don’t play with anything because they can’t decide what to start with. This is the type to avoid. First of all they are indecisive, because they never know what they want. Their psychological states are a mess, and they will want to pull you into this mess. One day you will be listening to the channelings of Kryon and meditating the next. The following day you will be attending a meeting of a spiritual group, and eventually, one day, she will leave you. The next day she will return and tell you it was the force of karma, so she will forgive you. The list can go on and on, and eventually you may end up very mixed up yourself, which wouldn’t do. The best course is to stay away

The fourth type is “divorced with one kid.” Not that this has anything to do with spirituality, as you can find them in all walks of life. However, if a woman calls herself spiritual and has one child, then she is almost certainly divorced. In this sense, “being spiritual” is like a virus where the infected woman always ends up divorced with one child. Many of the young girls around the age of 20 now will probably belong to this group later. This type tends to get married between the ages of 20 and 25. The favorite hobby of the 20-year-old spiritual is to fall in love with a psychopath who will ruin her life, rushing into marriage right away. Most of them realize their mistake within the first few weeks of marriage. They realize the man they have married is sick and how they have overlooked it until now. Once the marriage is consummated and the illusions regarding it have been dispelled, the truth becomes apparent. Eventually, after their first baby is born, a divorce follows. Some of this type may not have learned fully from their experiences, so they again fall in love with another psychopath, but they are experienced enough to not want any more children.

It isn’t too hard to charm this type. All you need is to be is somewhat “proper,” by which I mean mature and respectable. This is because this type has spent her life among psychopaths followed by long periods of desolation. She also carries the responsibilities of bringing up a child, so she hungers for someone to be with and share with. Here I emphasize the word “proper,” because even though they may seem easily charmed, there is only one way to approach them. Since most of them are over 35 by now, they know what they want. They are well-experienced, and they won’t be charmed by mere spiritual chat. For those 25-year-olds who fantasize about the mature woman, I should warn you that this type will only be interested if you show the maturity they require, otherwise you will never lure them to bed (at least the spiritual ones). If you feel you have enough problems of your own, and if you feel you have psychopathic tendencies, don’t even go near them. They will only treat you like an older brother. (You could instead just go and chase the 20- year-olds who are still searching for their own psychopath). Assuming you are mature and able to carry on an intelligent conversation, you are in luck! This is the best type of woman in some ways. She will have no expectations from you. Just be kind, romantic, and full of surprises. Unlike the 20-year-olds, this type behaves maturely, doesn’t nag, and doesn’t create problems. Because she has a child that needs attention, you will have plenty of space, which will benefit the relationship. However, this type comes with a gift: She will have a dog or a gay friend. If you don’t have any objections to these, you’re in for a great relationship. I would advise you to pursue it.

Of course, we could imagine further categories, but I’d rather stop here for now. See you next time for yet another part!