Home > Life > The Bird that Forgot How to Fly
Life

The Wise Guest, 7 months ago 0 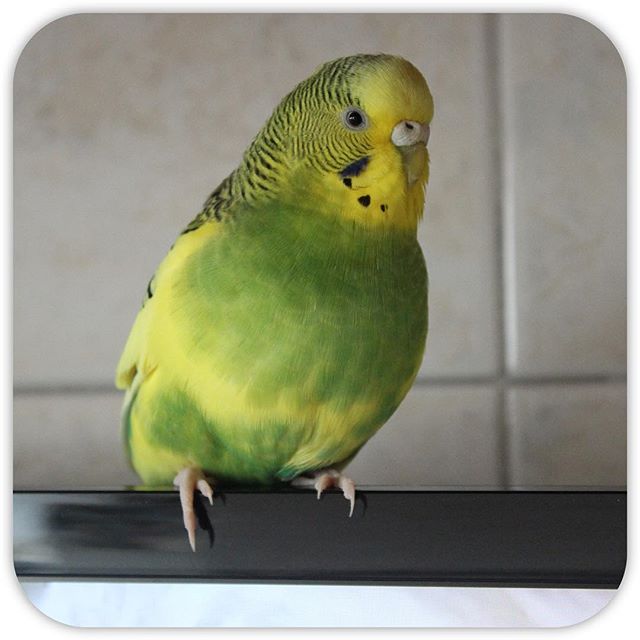 I have a green parakeet as a home pet. Her name is Fistik (meaning Peanut).

Fıstık is a bit heavier than your typical parakeet. Actually, she’s not just a little heavy—she’s rather fat, with her wings now being disproportionately small for her body. Because of this, she quickly tires while flying in the house and lands soon after, even though she used to fly such distances easily. Then, as if she is frustrated with the situation, she uses her remaining energy to walk back to her cage, where she stays for the rest of the day.

I feel sorry for her of course. I changed her birdseed as my vet suggested, but she continued to gain weight. I’ve been constantly trying to find ways to cheer her up…

You may not know this, but when you have a bird at home that doesn’t fly, you begin to develop new ways of communicating and understanding each other, all without you even noticing it. I’ve just learned this as well.

For example, we now communicate just through our eyes, by simply looking at each other.

When Fıstık wants to fly, she chirps toward the place where she wants to fly to. I then go over to her, pick her up, and carry her there on my hand. I am actually “flying” her around, rather than her using her wings like nature intended.

I’ve done everything possible to avoid her feeling bad or insufficient because she cannot fly. Every time she would land prematurely, I would pick her up and lovingly carry her to wherever she wanted to reach, which was usually the kitchen counter or on top of the TV.

I believed that I was making life easier and more comfortable for Fıstık. At first, we were both happy. I even enjoyed it, because I felt I was helping her. I felt compassion and affection.

Over time, however, she gained even more weight from not moving around enough. Eventually, she couldn’t even fly a few feet anymore.

So, can love, compassion and affection harm a living being?

For me, it’s no effort to carry her from one room to another. It’s actually very easy. Okay, I’ll admit it can sometimes be a burden to put my book down, get up from my comfy couch, and carry her from A to B, but what really matters is for her to feel happy and comfortable, right? If she’s happy, then I’m happy.

I was the person who wanted to bring this cute little bird home and care for her. She became my responsibility. That’s why I was also responsible for her happiness and comfort, just like parents who find themselves responsible for their children’s entire lives and the choices they make.

With a feeling of responsibility, I continued carrying her around on my hand for a while longer. I kept on thinking about it of course, but the conclusion wasn’t what I’d hoped for.

I realized the things I believed I was doing for her wellbeing were not helping her but rather harming her. But can love, compassion, and affection harm a living being? Is it possible for any action taken with these feelings to be detrimental?

If you lose the balance, yes, it can be.

Not allowing Fıstık to do certain things by herself made her dependent on me and needy. I made her forget her potential to fly by herself. My existence was now her wings, so if I wasn’t around, she had no wings. Fıstık had become a fat parakeet who was dependent on me. She had forgot that she ever had wings and the self-confidence to fly.

The worst thing was how she didn’t even realize how dependent on me she had become. For her, it all seemed natural. She would only realize how unnatural this situation was when she was deprived of my presence.

What I Thought Love Was…

I realized that I may not be there for her one day. I could die or become so ill that I couldn’t look after her. If my existence was her wings, it meant she couldn’t fly when I was gone. Imagine a bird that cannot fly!

With just a little effort, I could actually encourage her to do the things she used to do by herself, instead of doing them for her. This meant that I would have to invest more time of course, because encouraging her to try herself was harder than carrying her around when she fell.

Is it possible for people to give something they lack themselves to another living being?

It’s like a mother who doesn’t love herself trying to teach her child how to love. It was too deep an issue to face at that time, more than I could handle…

Now we have an intense exercise program for Fıstık. I prepared an exercise area with several heights, so she can fly comfortably without being afraid. We do short flying exercises on this, so her wings will grow stronger.

She was angry with me at first of course, because I wasn’t carrying her around and forcing her to fly instead. This wasn’t what she had become accustomed to. I’d got her used to comfort by taking the responsibility for things she could handle. Thankfully, we returned to better terms later on. The ice between us melted. I explained how important these exercises were for her and her freedom, and that I would still be there for her when she could fly again. I reminded a bird in a human world of the existence of her wings.

This experience with Fıstık has affected all the relationships in my life. Now, if those I love fall down, instead of picking them up, all I do is remind them of how they have wings (their real potential) and encourage them to fly, so they can reach this potential. I now realize this is the most useful contribution I can make toward their wellbeing.

We Are the Ones Who Make a Brighter Day