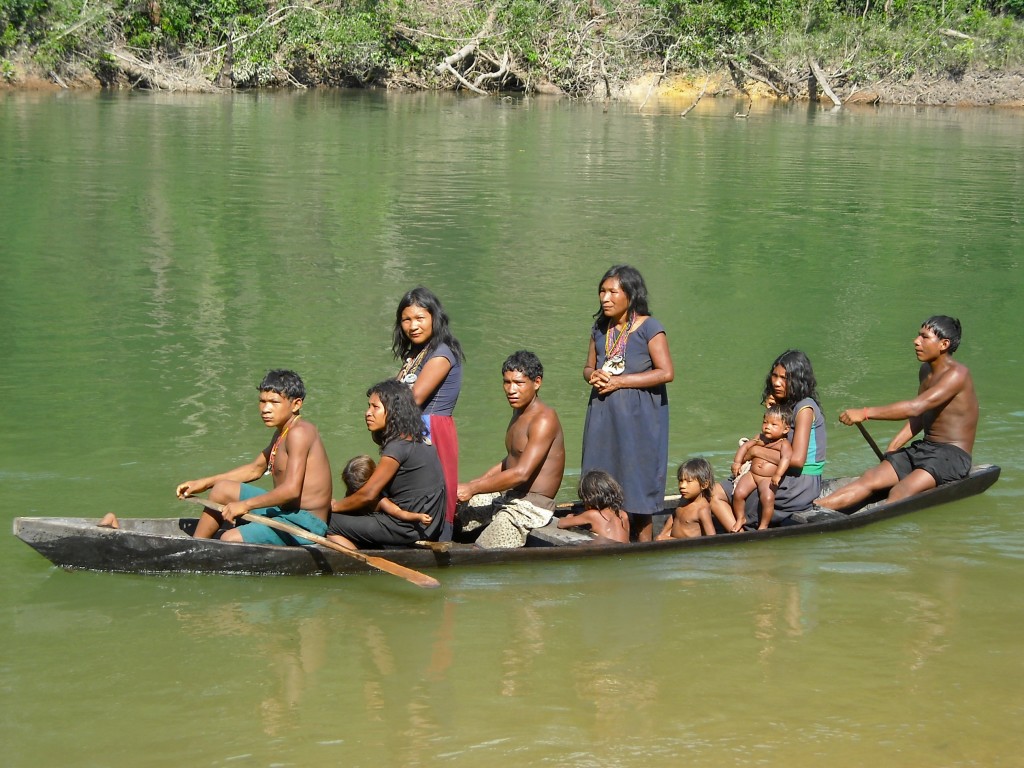 Daniel Everett, an anthropologist and Christian missionary, travelled into the depths of the Amazon forest and managed to be accepted into the Pirahã tribe. His objective was to make these “savages” believe in his God by transforming their hearts. Being a young anthropologist of 26 at the time, he never imagined that the rest of his life would change entirely after living with this small, lost tribe of the Amazon forest. The philosophy of these natives, who numbered only 400 and chose to live their lives in their own way, greatly influenced and charmed him. They cared nothing about what the modern world could provide for them, so he left his faith and his mission and devoted his life to studying their lifestyle.

Daniel L. Everett explained the years he spent with the native Pirahã tribe in his documentary “The Grammar of Happiness” and in his book “ Don’t Sleep, There are Snakes.” He not only examines a primitive culture but also reveals the secrets of happiness, because this tribe, of which he observed the life and culture, comprises the happiest people on Earth according to anthropologists. We learn this tribe’s secrets for happiness through Everett’s book and documentary.
In his book and documentary, Daniel Everett describes his adventure with the Pirahã: “I have never seen people before who live with such happiness and refinement, despite the severe conditions they deal with.” American psychologists who later visited the Pirahã admit they agree with him: “If we are to compare Pirahãs, and the time they spend laughing and smiling, with the other communities we study, we should say that they are the happiest people in the world.”
This tribe, which astonished Everett and his psychologist friends, is a community of some 400 natives who continue their lives in the depths of the Amazon forest, unchanged for hundreds of years. The Pirahãs live totally isolated from modern life, 400 km away from the nearest city, Porto Velho in Brazil. It requires at least a four-hour boat trip from the closest town to reach the tribe. The tribe—which survives by fishing, hunting, and gathering herbs and coconuts—was actually first discovered in 1784 by missionaries.
They met with the colonists, merchants, and smugglers, but despite all this, they resisted colonialism and did not adopt what modern life tried to impose on them. Instead of working for foreigners and attaining material success, they chose to maintain their culture and values despite the temptations of the merchants and the threats of the smugglers. In contrast with the other tribes of the Amazon, they were uninterested in the weapons and tools from the outside world, which could have helped them in the forest. Choosing not to accept the enticing products of the merchants, they continued to be content with what they had. Therefore, they did not exchange their secret of happiness for the things others brought into their lives.

The Key to their Happiness Is their Language

Everett, who lived with them for eight years and has researched them for over 30 years, was most impressed by their free lifestyle. He observed how Pirahãs did not work for longer than necessary and reserved the rest of their time for having fun, chatting, and enjoying what life presented to them. There was no hierarchy or etiquette, and they didn’t even arrange special ceremonies for their marriages. Any couple planning to spend the rest of their lives together would retreat into the forest for four days, and then the tribe would accept them as legal spouses.
The Pirahãs are a perfect sharing community. All food acquired is shared among the members of the community, with the disabled and elderly cared for by the community. Any orphans are taken care of by the community as well. The Pirahãs, who live in perfect harmony with their environment, do not shirk from the threats the animals and the forest might present. Not even the crocodiles and snakes frighten them, because the Pirahãs regards these animals as not only harmless but useful too, since they eat the insects. It is one of their principles not to hurt any animals other than the ones they hunt.
After learning about Pirahã lifestyle, Everett directed his attention to their language, and this was where he found the real key to their happiness. Their language is a poetry of sounds, melodies, and lights that their splendid nature has brought about. The interesting thing about this language, which cannot be written down, is that it has no past or future tense. There is only the present tense.
According to Everett, because of this feature of their language, the Pirahãs do not experience any anxiety about the future or sorrow for the past. So, by not having expectations for the future or regrets for the past, they can be the happiest community on Earth. The language—which does not define any cycles of time, such as months, years, or weeks—is almost the language of timelessness.
They use expressions like “when the moon wanes” in order to explain the future, “big sun” to describe the afternoon, “when the sun touches the earth” to signify the evening, and “when the sun eats the night” to explain the morning. In the Pirahã language, which has no word for “tomorrow,” it is enough to say “not now,” so they know nothing about the pressure of time on people. The Pirahã have no myths belonging to the past. For them, there are only the things they see and the things that really happen. It becomes an ordinary aspect of life to just “live in the present,” because they have no definitions of time in their language.

Another reason for their happiness is the lack of numbers in their language. They only use concepts like “little fish” or “much meat” to express vague amounts. They are content because they are unaware of the virtual restrictions created by numbers and amounts. Mothers do not know how many children they have, yet this does not prevent them from recognizing and naming their children.
Their language, which relies on intonation, left Everett astonished. The whistling, murmuring, and melody are each a means for communication. The Pirahas, who use each musical note like a letter, can communicate through whistling. They always listen to nature and imitate it, and this is reflected in their language. They can even communicate with animals this way. They can ward off monkeys and attract eagles by just imitating their voices. According to Everett, who experienced all this by living with the tribe for years, all these things are strokes of genius rather than primitive abilities. Everett, who continues his anthropological studies at Bentley University, is the only “stranger” who has managed to be accepted into the tribe. He remarks that the people of this tribe, which he has studied for 30 years, do not keep their happiness to themselves. He further explains, “The life of the Pirahãs has revolutionized my thinking style. It taught me to be happy under any condition.”

My World as a Whole