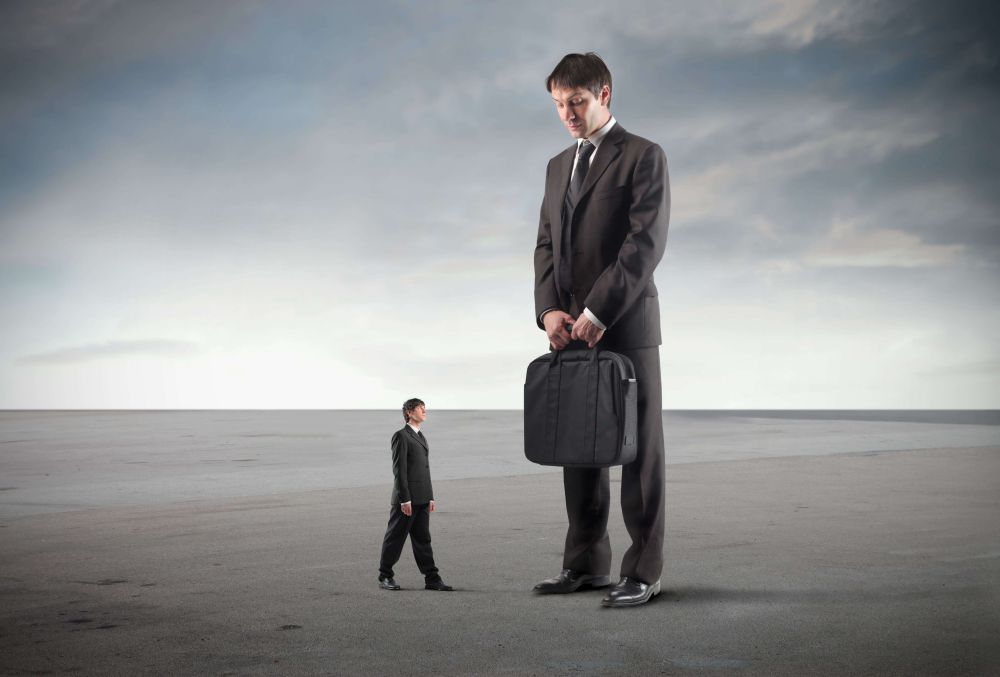 While working at his shop, the butcher is taken aback by a dog coming through the door. He kicks the dog out, but the animal comes back.

When it’s back for the second time, the man approaches the dog and sees it carries a note paper between its jaws. Taking the paper from the dog, the butcher reads the message: “I want a dozen of sausages, and a lamb thigh. The dog has the money in its mouth.”

Butcher checks the animal’s mouth, and really, sees a ten dollar bill. He takes the money, puts the sausage and lamb thigh in a plastic bag, and gives it to the dog’s mouth. He’s so impressed and since it’s the end of the day, he decides to close his shop and follow the dog.

So he begins to walk after the animal.

When they reach a crossroads, dog puts the bag on the pavement, and jumps to press the button of the traffic light. Then takes the bag back in its mouth and waits patiently for the light to go green. When it’s green, it cross the street, and the butcher after it.

Dog reaches a bus stop, and checks the timetable.

The man is speechless. Dog checks the rounds, and sits on one of the seats to wait. The bus comes. Dog approaches it, checks the routing board, and returns to its seat. Another bus arrives. Dog checks the board again, and realizing this is the right bus, it gets aboard. And shocked, butcher keeps following.

The bus takes a round in the city and heads for one of the slums, the dog watching outside the window meanwhile. Then it stands up and approaches the exit doors. Standing up on its hind legs, dog presses the button to let the driver know it wants to get off. Then it leaves the bus with the bag in its mouth.

The animal walks a while with the butcher behind it, and finally, stops in front of a house. Walking along the path to the door, it puts the bag on front steps.

It comes back along the path, runs back to the door and hits the door with all its might; then it repeats the process once again. When there’s no respond to the door, it jumps over a narrow wall, and runs around the house. Approaching a windowpane, it hits the window glass with its head for a few times, then comes back to the front and begins to wait next to the door.

A bulky guy opens the door, and with the butcher watching, it begins to kick, punch and swear to the dog.

The butcher runs to the man and stops him. “What the fuck do you thing you’re doing, man? This dog is a genius! It can even be a movie star!”

The man responds: “You call it a genius? This dog forgets its keys at home the second time this week!”

Apparently, some people are never pleased with what they have.

When it comes to the working places, the bosses sometimes don’t appreciate what their good employees, who serve them profoundly for years. More often than not, we see many companies that lose their good and highly qualified members, just because of a leader who have week judgment.

The employers who have great egos like having more power and authority than others. They enjoy feeling superior, throwing decrees around. The truth is that such people are idiots, and everybody else knows it, but themselves. And such people never listen to or take heed of their subordinates’ ideas.

Why? Just because of their foolish pride and insecurity!

Forget about please such people. They’re focused on themselves too much that they care nothing or nobody else, but themselves. And you can never quench such egos. Happy and productive people are those who put others before them. The best leader is the one who can achieve to act through the sense of service first.

The happiness of such people comes from the ability of doing things that help others. If you aim the sense of service, then the success follows it naturally and with no efforts.

Reset Yourself Now and Then

About Birth and Death

You Are What You Believe

Dost Can Deniz, 4 years ago
Life

Dost Can Deniz, 2 years ago
Life