Home > Life > Why Do Some Relationships Fail? 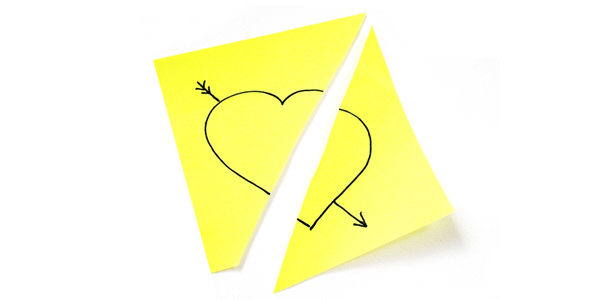 Why Do Some Relationships Fail?

This time I wanted to write a piece like you might find in Cosmopolitan. Why is it that some relationships fail? I put this piece together based on my own experiences and observations, as well as what my clients and I have discovered together. So why is it that some relationships don’t work? I believe that being aware of the following in our own relationships could make things easier.-
• Not knowing clearly what you want: To be thinking, “I love my freedom, I’m happy this way, I don’t want anyone in my life,” and yet at the same time, to be thinking, “Oh! I wish I had a happy and easy-going relationship!” is to end a relationship just as it’s begun—just as a car goes nowhere if you press on the gas pedal and the brake at the same time. What’s more is that most of us aren’t even aware that we’re doing this. Decide what it is that you want out of a relationship. Write this down if possible.
• When the role of man and woman gets mixed up in a relationship: When couples dance, it is the man who leads. When the woman follows, then the dance begins to flow. On the other hand, if the woman turns left as the man tries to turn her right, then the dance falls apart. It becomes tiring for both parties. It is no longer a pleasure for them to dance or for others to watch. Pay attention to the role of man and woman in relationships you consider to be healthy.
• Putting the opposite sex to a test of their love for you: When a person doesn’t love himself, he is likely to challenge the other party. It’s most striking two forms are as follows:
a) Breaking up for one reason or another and waiting for the other party to call. When the other party doesn’t call often enough, the person complains “you haven’t called me enough.” When they call too often, they complain again that “You’re smothering me!”
b) Challenging the other party’s limits: Testing the limits of the other party with exaggerated behaviour and trying to see how much that person still loves you by pushing the limits even harder. Saying “I love you” so much that they get sick of hearing it, doing the things over and over again even if they say they don’t like it. Instead of looking for a confirmation of his love for you, first find ways of loving yourself. Make a list of things you can do that make you feel good and start doing them. One method here which I think is especially effective is to look into your eyes in the mirror every day and repeat many times to yourself, “I love you,” and “I love myself.”
• Trying to start a new relationship before clearing out the old: Only one person can fit into your heart. If you’re trying to bring a new person into your heart without clearing away the bits of the old relationship, that person cannot fully enter into your heart or your life. Clear your heart and mind by writing them a letter expressing your feelings and then burn it after writing. Rewrite new versions if necessary.
• Persisting in showing interest in people who don’t want you: Continuing to pursue someone who has told you already they are not interested in you or a relationship with you. Not only is this damaging to your self-esteem, it won´t ever get you anywhere either. Instead of getting stuck on someone who’s made clear to you they aren’t interested, take a look at how many other possibilities there are in the city you live in. Why insist on someone who doesn’t want to be with you?
A final note to those who are unattached: Always look ahead; never look back. Imagine yourself within the happy relationship you’ve described. Above all, don’t worry about it. Don’t waste your life with regrets. Whatever it is that you wish to do when you have a partner, start doing it today.