Home > Soul > The Awakening of the Goddess
Soul

The Awakening of the Goddess 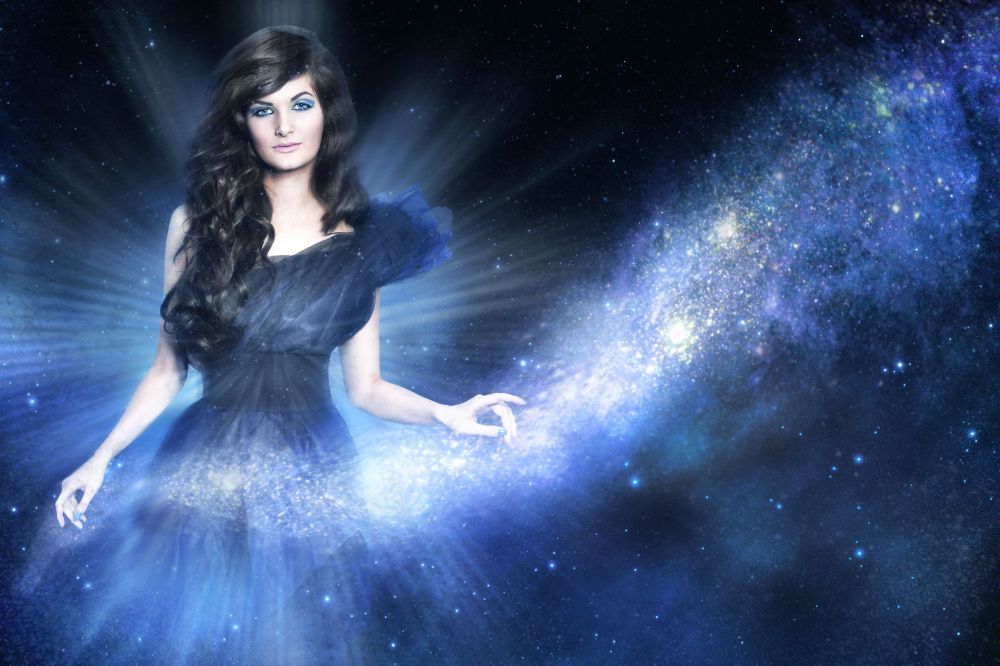 This is what the Goddess is, the underlying feminine principle of the universe, the queen of secrets, the mother of magic that lights up the sky at night, and the mysticism of the very land we live upon.

“Since our souls are adjusted to be in harmony with the structure of the universe, an identical pair of every event in the macrocosmos consists of the smallest and most private particle of our souls that is within reach.” —CG Jung

For thousands of years, civilization has evolved based on a masculine system, so humanity became estranged from its own nature. The divine female, the magic of femininity, and the Goddess became invisible.

Everything was built on a masculine system, including the education system, teaching us how to think and conditioning how we act.

The hierarchy, the systems, and the monotonous rules dominated everything, especially our dreams. Yes, we even limited our dreams, which have the potential to be boundless and infinite. We were forced to do this.

Nevertheless, the universe and all of creation were founded upon a magnificent harmony of masculine and feminine energies. This harmony encapsulates the mysteries of the boundless and the infinite. As Jung said, since humanity forsook this harmony, it’s existed under an intense conflict, both in its inner and outer worlds. The deepest parts of our souls crave and yearn for the Goddess again…

This is why the awakening of the Goddess is crucial. It is time to wake up the divine female within us that we have denied for thousands of years. If you want to feel the touch of the Goddess, awaken it and connect to the divine female that embraces the entire universe. All you need is the will to do it as you embark on a journey inside to find her. This journey takes you to an unknown land, but your goal whispers to you everywhere if you let yourself hear it.

So, what is the Goddess…

Back in the ancient days, before the secrets of nature were forgotten, miracles were everyday occurrences. During this age of legends, people remembered the ancient ones. They remembered the God and Goddess that the One created. These ancient people used to look at the sun and place horns upon their heads to awaken the strength of the Hunter God. They observed the cycles of the Moon and learned how to heal and craft.

The old paths were not yet forgotten. The compassion and mercy of the Goddess was still remembered, and the ecstatic dances and smells of the divine feminine were not yet lost in the mist.

I, Isis, always am, and always will be; no mortal human could unveil me, yet. – The city of Sais scripture at the Temple of Isıs

We have all heard the word Goddess and are somehow familiar with it. It makes us all wonder and ponder what the Goddess is. It still whispers somewhere inside of us, as if challenging time itself…

The Goddess keeps everything in balance, good and bad, death and rebirth, the hunter and the hunt. Without it, destruction and chaos would rule. — The Mists of Avalon

While creating the universe, the One Creator first created two basic consciences that complemented each other, namely the masculine and feminine energy, yin and yang. The entire universe was then formed through these two energies. The ancient peoples referred to the masculine energy (although these are also consciences) as God and the feminine energy as Goddess. These were the first existing archetypes, representing the earliest ancient knowledge.

I must stress here that our image of God in modern times is dislike that of celestial religions. The modern God represents the masculine element from ancient beliefs. What the Abrahamic religions call Allah, Jehovah, or God, the ancient people called the One, the Creator, the Divine, or the Nameless, because no human language could adequately define this entity. Some simply referred to it as “He.”

As a matter of course, the God and Goddess were used to represent the two basic consciences that were directly connected to this Creator, the masculine and feminine energies. God was the masculine portion, while the Goddess was the feminine portion. God represented the divine man, while the Goddess represented the divine woman. They existed in everything, and the consciousness of both lived in the human spirit.

Scott Cunningham tells the ancient story as follows in his book The Book of Shadows:

And space moved. Dryghtyn transformed energy into two forms and so the gods were formed by Dryghtyn. The God and The Goddess expanded and thanked Dryghtyn.

The Goddess chose the moon as a living symbol, and the God, the sun; to remind constantly; the human race who created them.

This is what the Goddess is, the underlying feminine principle of the universe, the queen of secrets, the mother of magic that lights up the sky at night, and the mysticism of the very land we live upon. Above all, it’s the Mother, the Mother Goddess, because it conceived all life. With different names and different faces—Mother Nature, Mother Land, Mother Mary, Mother Fatima, Mother Moon—she always holds the same secret…

She whispers her secrets to those spirits who still remember, reminding them of her.

The ability to remember the divine female, the feminine principle of creation, and the deep ancient knowledge is within our souls. She comes from consciousness, she is the silent language of nature, she is both melancholy and joy, she is the unknown, she is the aspect beyond the veil, she is the gateway to the eternal ocean where our spirits swim together, and she is our inspiration and intuition. Most importantly, though, she is the light that guides our way through the dark tunnels of self-discovery.

It may be a naive uprising, but it’s also an indication of strong freedom and rebirth from the womb of the ancient Goddess. It’s the journey to explore our collective feminine self, which has been denied for thousands of years. This is a giant step toward completing our spirits. Every one of us in this universe reflects our own soul, and throughout this discovery, the Goddess’s beacon will lead the way.

If you also feel this awakening deep inside, if you start to hear the whispers of the Goddess, if you feel it calling in your dreams or your moments of silence, and if you feel our system is monotonous and restricting your freedom, then it is time to permit your awakening…

There Are No Secrets

From Sexuality to Spirituality