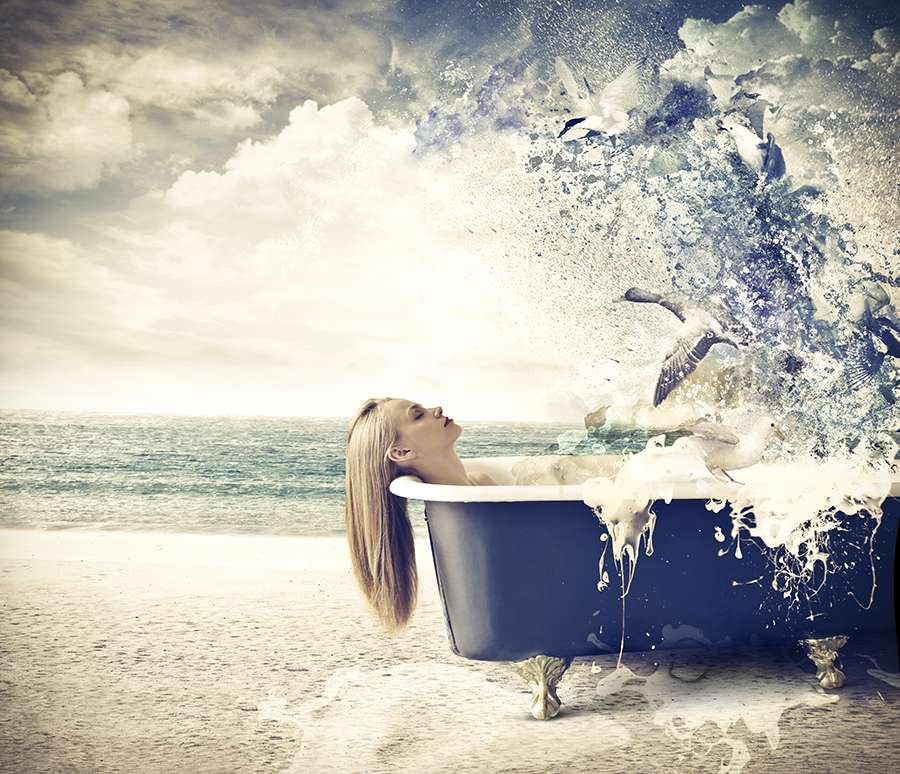 I’ve been doing research about topics that can be gathered under the umbrella term spiritual. I’ve read, watched, and listened to a lot of things on this topic. I’ve lived through many experiences. I’ve written a lot, explained numerous things, and given countless lectures…

At the end of all this, I’ve come to an understanding where I realize that most information defined as spiritual is actually fictional. I understand that while we assumed we were embracing the truth, we were actually playing in the sand. Of course, no effort is in vain, but shouldn’t sensible people distinguish truth from fiction?

For almost a decade now, I’ve been obsessively trying to explain one thing. Every thought, every speech, and everything we express in language while we live here on Earth is a product of our brains. If you were to look up what I’ve posted on Facebook, you would see that I’ve written a lot about this.

For us, spirituality is merely an accumulation of simulated images that are comprehended by our brains. Even if we live through the utmost spiritual experiences, the only thing we can remember is what remains in our brains. You can bust your guts out all you want, but you are still bound by the images created in the brain. This of course does not imply that consciousness is limited to the brain, but while we are here, everything is limited to the brain. So, how can we know what we perceive according to the simulations of a biological machine, one that cannot even be considered as tiny when compared to infinity.

So what we call consciousness is just a mechanism that is completely dependent on senses and limited by certain boundaries.

Thus even though realities beyond senses exist (they should do), our perception of them would merely depend on images in the brain. This is the point where the fiction begins. People with greater imagination can create anything in their brains as they please. It’s interesting that those people considered to be “sensitive” in a psychic sense have well-developed imaging skills. For example, there isn’t a “seer” whose visual imaging skill is not elevated.

I’ve never been a person to reject perception beyond senses, because they’ve all been tested, acknowledged, and approved under sound conditions. What’s more, everyone has had some experiences that cannot be explained by normal circumstances. That’s fine, but what I’d like to draw your attention to is that since people with psychic perceptions also have rather developed “imaging” skills, they can easily make stuff up. So at this point, imagination and perception can easily often get mixed up.

Due to this need, people chase after certain teachings that could be defined as spiritual. We see many variations of this these days.

My aim is not to belittle the paths people choose or judge them. Everyone can follow the path they prefer, and they should. But as a brother who has already walked some of these paths, I suggest that while reading or listening to something, please filter it through your wisdom and your heart. Please check whether you can apply something that you learned in your life without losing your connection to the physical reality.

If a piece of information cannot find a place for itself within the flow of life, let it remain wherever you found it. Decide whether it solves a problem of yours, and push the ones that cannot be proven to one side. Sure, they may be useful one day, but a form of spirituality that drags you away from the reality of life will not really serve your spiritual improvement, because what we call spiritual improvement is nothing more than training the brain and the nervous system. All spiritual practices are based on training the brain. Screening for higher influences can only be achieved through proper training of the brain. This means that spiritual improvement is a journey that occurs by existing completely in life and fulfilling the necessities of life. Anything else is nothing but a repetition of belief on a mythical level.

If the only tool to comprehend what happens on the spiritual level is the brain, is there any other way to develop the brain? What’s more, since the brain has its limits too, are we not forcing ourselves to exercise the imagination in order to reach spiritual facts? Train your brain to be creative within life. If you are going to make fiction, do it by creating useful things, because believe me, metaphysical fictions do not take us far on the path of spiritual improvement. On the contrary, they delay us.

So, what’s the result? As our understanding develops, our ignorance grows all the same.

The King Gods Who Wanted to Reach Peak Power

How to Charm a Spiritual Woman – Part 1