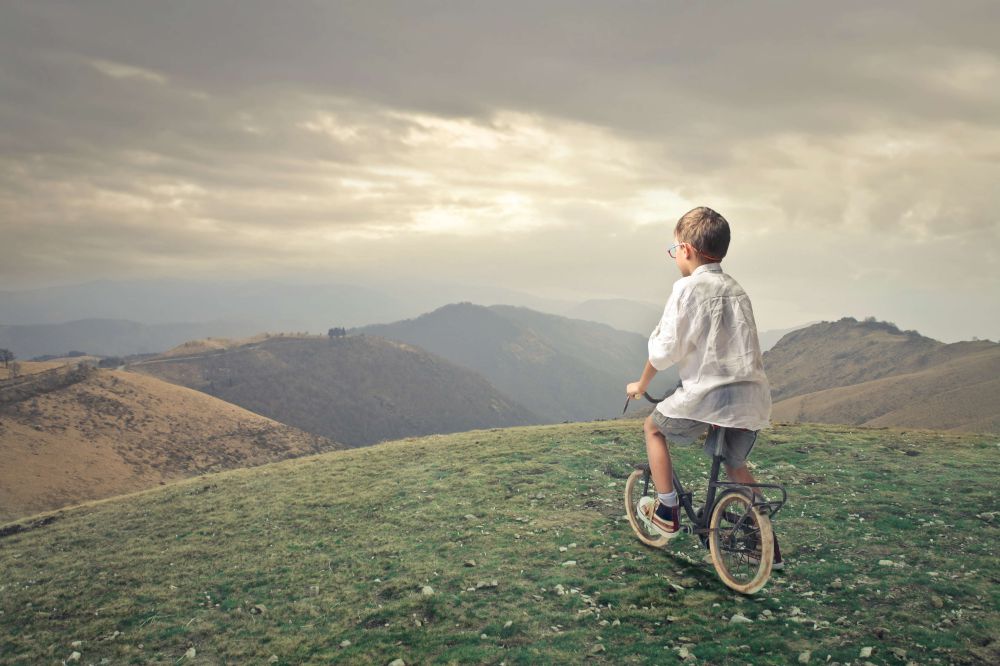 “Open your palm” he said for the third time. I angled my head slightly to the right to hear a hint of hesitation in his voice. Or maybe in his eyes?
But I was nowhere close to lifting my head to look him in the eyes. I clenched my fist further. Behind me I heard my cousin Esin’s sobs. Silly girl. She is not going to be punished. She didn’t do anything other than to follow me. Would she be punished for that? No way! She is never punished anyway. Even at times when she had been guilty. They always think that I am the source of mischief. And this time, it is true – she just acted according to my instructions. No, dad would not do anything to her. He wants to scare her a bit. That is all.  He knows she had to obey. Or does he not?
Keeping my gaze down I looked around. The pathway leading to the green iron gate was paved with colored stones. Yellow, pink, beige triangles. I didn’t like to step on the beige, so I always skipped it and put my feet on yellow and pink.  Why don’t we have any blue stones? Blue would have looked pretty on the pathway. It would have matched with the blue of the hydrangea flowers lined up on both sides of the pathway. I should ask Nene, why they had not picked blue for the tiles during the construction of the house.
Later of course. Now is not good a time. I am not allowed to move anywhere anyway. Not before I open my palm.
To gain some time I checked the position of my feet. They were carefully placed on pink and yellow. I felt a temporary relief.  Things were in their usual order. Just like they had been in the morning. Oh god, was it the morning of the same day?  I was standing on the exact same two yellow and pink stones with my face turned to the sun, eyes closed, hair standing up on my legs. I was glad that I remembered to grab a cardigan before leaving the house. Nene was right. Early morning winds were chilly.  I heard her many times talking to my mom and my auntie “Girls, put something on when you go out. The morning chill could make you sick”. Now I knew what they were talking about! I felt proud and included as if I had discovered a secret that was known only by adults up to that moment.
In the terror of now, this morning felt like a distant memory. Me, enjoying the morning chill and the yellow rays of sun on my face. The whole house was still asleep. Except for my grandfather of course. He was already up and preparing the breakfast when I entered the living room in my pajamas.
“Ho ho little one, you are early this morning.”
He was placing the plates and the silverware on the table with his shaking hands. The room was filled with the sound of his favorite Vivaldi’s Four Seasons and the smell of toasted bread.  I ran and passed the living room out the door. Oh the outside!  The cry of the crazy seagulls and the fresh smell of the damp grass. Last night the old mulberry tree dropped its ripe babies out on our stairs again. Avoiding the mulberries on the floor I rushed down the stairs to the swings. Dad built the swings for me and Esin last summer. They were hanging from the iron bars of our small grapevine. Towards the end of the summer, when grapes are all red and drunk from their own sweetness, I would be able to reach out from the swing and catch a few.  I would have to swallow them quickly though. Mom said I had to wash them before eating. They had poisonous chemicals on them but I saw my father eating fruits from the supermarket stalls so I thought it was okay to eat our grapes without washing as well.
“Last time I am telling you Defne. Open your palm or it will be worse”
No. Not a pinch of regret in his voice. He is fully determined to execute!
I released the grip and closed my eyes. I listened to the sound of the metal bicycle pump being lifted up in the air. Whoosh.
Before my closed eyes I saw the red pain of my palm.
I opened my eyes.
It wasn’t that bad.
Yet why was I crying then?
When finally I managed to lift my head and caught a glimpse of my dad’s eyes I froze. There was so much agony in his face. Not that he was crying or anything but something worse than that. He was feeling a pain redder than the one in my palm.
As he lifted the bicycle pump up in the air again he grunted:
“Get lost now!”
I moved quickly out of my frozen state and ran. As I disappeared into the grass, which had grown as tall as me -grandma kept complaining that the gardener was not, doing his job ever- I heard the second whooosh of the bicycle pump. Oh my God! He was punishing Esin after all!  She must have already handed her palm with no resistance. I pulled a big bunch of grass off the soil with all my might. They came up with their rain smelling roots. She wasn’t supposed to be punished! Another bunch of grass. Green felt good in my palm.
Oh well, what to do? After all, didn’t I do all this for her anyway?
To be continued, stay tuned…