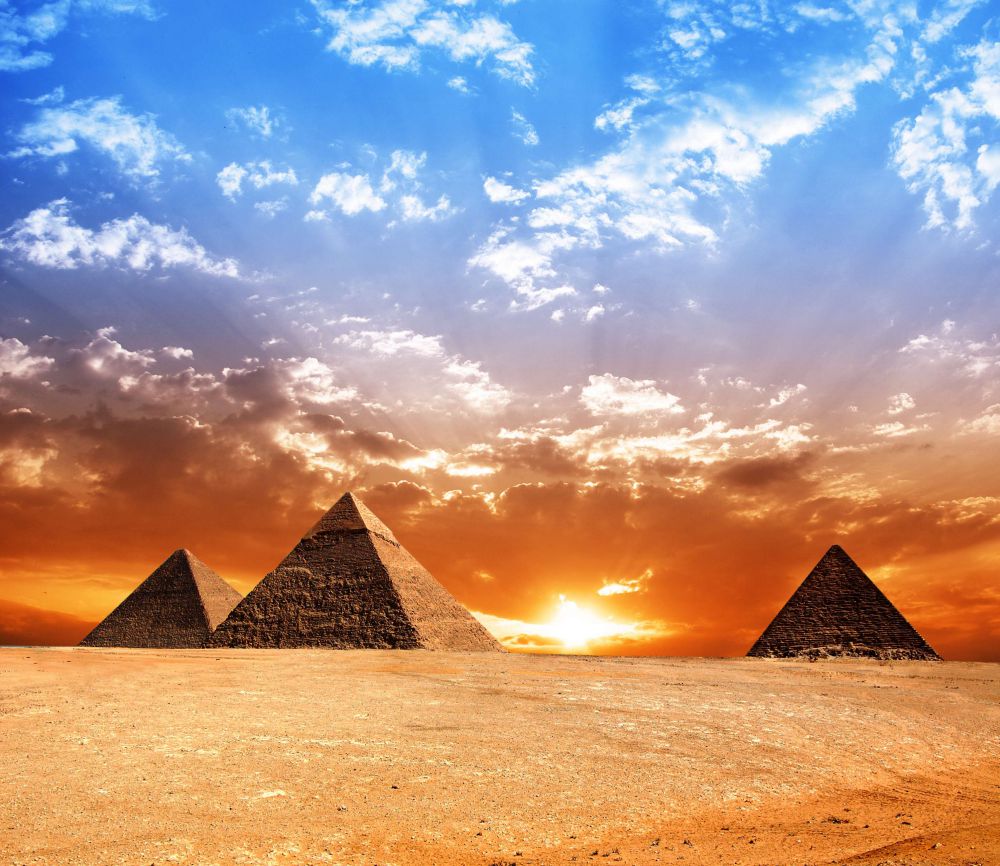 In a few days, I’ll be going to Egypt for the first time in my life. I’ve been curious about this country since childhood, but its time has only come now.

I recently also learned that I have roots in ancient Egypt. Maybe this explains part of my curiosity as a child, but that’s not the whole story. I’ve always liked researching mysterious things. In high school, I liked to read about UFOs, the Bermuda Triangle, spiritual beings, and Egypt and its pyramids. I remember doing a project about the pyramids for my history class in high school. I explained the alternative ideas about their construction, including one involving help from aliens of course (Erich von Danieken’s books were in my reference list). My history teacher was quite shocked as he was very conservative, but he found my arguments logical, so he couldn’t cut too many points.

Anyway, I don’t want to repeat all the explanations and theories about the construction of the pyramids. You probably already have an idea. If not, just search the net and you’ll soon find many sources. What I want to write about is something that I thought of myself  after reading a book called Antik Mısır Sırları (meaning Ancient Egypt’s Secrets—I’m not sure if it’s available in English) by Ergun Candan. I’m probably not the first person to think this, but I haven’t yet read it anywhere else. It is accepted that the placement and the dimensions of the pyramids are miraculous. They show many properties that I do not want to list here. In the book I read, it said that enlightened priests of that time were aware that a large flood was approaching, and they predicted the future form of the world. They then placed the pyramids in such a way and with such dimensions to have all these properties.

What I want to discuss is another idea, however. What if it wasn’t a prophecy that became true about the world’s shape but rather the pyramids that gave the world its shape? Scientists have undertaken numerous experiments with the pyramids. We know that they have a very particular shape, and studies prove that they keep meat fresh and so on. They most probably also reflect energy, sunshine, wind, and so on in a particular way. So, maybe after the big flood, they played a role in forming the world’s new shape, such as the ratio of water to land, the axis of the world, and so on. Maybe the pyramids weren’t just built to preserve some stuff for the future and tell a prophecy. Maybe they were built to give the world its current shape.

Why did I find this idea so fascinating? Let me explain. To be able to make a prophecy is a power, but to be able to shape the world is an even bigger power. As human beings, we forgot our power, and maybe that was necessary in those times. But it’s now time to remember. It’s time to realize that everything is possible, and we can create the world we want. This brings both power and responsibility. We should stop blaming other people and making up excuses for our miserable outcomes. We should start taking on the responsibility of creating a better world, like it was thousands of years ago.

What is Sacred Travel?