The call for love and sex in the song is also the subject matter of the eighth house.
So, what about the sign where we see the South Node in, Leo? Leo is the sign of passion and love, and the flame of passion in the song is special to Leo. In the song, the words “Be mine tonight”  remind us of his North Node in Aquarius in the second house. The second house is the natural house of Taurus, who loves possession, and the words “Tomorrow will be too late” reflect Aquarius. It may be that this freedom-loving man leaves his darling the next day!
2 – Frank Sinatra and his Unforgettable Song “Strangers in the Night”
Let’s follow the tracks of this song through Frank’s Lunar Nodes in his horoscope chart. Can we find any connections between his spiritual life goal and his unforgettable song that took him to the top? Let’s see together.
Frank Sinatra has the same Lunar Nodes as Elvis: his South Node is in Leo and his North Node in Aquarius.
This song tells about two strangers who become lovers, or two people who have just met for the first time…

We see reflections of both Lunar Nodes in the song. Leo represents love and passion, while Aquarius is about people from different places, effectively strangers. The North Node in the fourth house completes the stage for the lovers. This is because the fourth house is the house of home or country, and we see two strangers coming together to set up a home. The South Node is in the tenth house, representing people who want to come together through a formal marriage. After this night of coming together, they want to marry and share a life together.
The Lunar Nodes in the fourth and tenth houses also represent an important, loving relationship that changes people’s entire lives.
Do you see how these two love songs have the Lunar Nodes in the same signs but with different goals and stages? Presley’s song highlights passion and sexual desire, while Sinatra’s talks about romanticism and marriage.
3 – Barbra Streisand and her Unforgettable Song “Woman in Love”
Barbra Streisand has a dreamy voice, but think about why. When we look at her horoscope chart, we see Venus in the 12th house and in Pisces! While the Sun and Mercury in Taurus give her a strong voice, the Venus in Pisces in the 12th house gives her voice a dreamy, soft quality.
Let’s look into her song to get some clues about her spiritual life goal.

The South Node is in Pisces and in conjunction with Venus in the 12th house. This reminds me of the lyrics in her song: “I’m a woman in love, and I’d do anything to get you into my world.” In this song, we see a woman who will do anything and who is ready to give everything for her love. What a romantic woman!
Looking at the other signs of the song in the horoscope, we see the South Node in conjunction with Venus in the 12th house, supporting my theory about the South Node.
4 – Michael Jackson and his many Unforgettable Songs: “Bad,” “Billie Jean,” etc.
I’m confused as to which is his best and most unforgettable song. I can’t narrow it down to just one, so I have to use at least two or three.
Michael has his South Node in Aries in the seventh house and his North Node in Libra in the first house. Do you see how he has a rising sign in Libra and the North Node in Libra too? He was crazy about cosmetic surgery!
Well, we can find the tracks of his songs by following his Moon Nodes.

The South Node is in Aries, and Aries’ ruler is in Taurus and the eighth house, while Mars is also in the eighth house.
The eighth house is the house of sex, and Mars is the planet of sex. This immediately reminds me of his typical gestures, if you understand what I mean, such as grasping his groin on stage. These sexual dance moves were very natural to him because he has Mars in the eighth house.
The eighth house is also the house of hidden destructive desires like killing and fighting, and we often see reflections of these feelings in his songs, such as “Bad,” “Dangerous,” “Smooth Criminal,” and “Beat it.” Because the ruler of the South Node in Aries is Mars, he became a worldwide star by conveying concepts that represent Mars.
Now let’s look at the houses of the Lunar Nodes: the first and seventh houses, the houses of relationships and confrontations, love and hate, open debates, and so on. We can see many examples of these themes in his songs.
Jackson often had something to tell someone, such as a wish, a sorrow, or an outbreak. When we turn back to the eight house and Mars, which also represents our hidden fears, we remember how his song “Thriller” tells us about fear. We don’t just see the effect of Mars in this song but also that of Uranus and Venus in conjunction in Leo.
In the movie Thriller, Jackson acts like a man enjoying strange things, such as scaring his lover. In the song, we notice the reflection of Venus, the ruler of his North Node, and its conjunction with the strange planet Uranus.
Coming to perhaps the greatest of all his songs, “Billie Jean,” we hear lyrics like, “Billie Jean is not my lover… She says I’m the one, but the kid is not my son… She showed a photo… His eyes were like mine…”
We see Venus, the North Node’s ruler, and its conjunction with Uranus in Leo, and we see Mars, the South Node’s ruler, in the eighth house and square with Venus and Uranus. All of these astrological indications reflect the story in the song about two people meeting on a dance floor and having a one-night stand, with a baby being born as a result.
Another thing Jackson often talks about in his songs is war and peace. The South Node in Aries represents war, while the North Node in Libra represents peace.
5 – Sezen Aksu and her Unforgettable Song “Beni Unutma” (Do not forget me)
Sezen Aksu is a music star from Turkey. I don’t know her exact birth time, but I do know her rising sign is Leo. Her horoscope chart goes something like that.
http://www.youtube.com/watch?v=EsZTne6WEQE
The South Node is in Cancer, and the North Node is in Capricorn. The South Node in Cancer means she was born to sing melancholic songs about deep love, nostalgia, and so on. In her unforgettable song, she tells about a woman having a deep attachment to her lover and saying, “do not forget me,” even after the relationship finishes.
For both the North Node in Capricorn and the South Node in Cancer, the important themes  are memories, past, remembering, and attachment to the past.

The most important thing for a woman of Cancer is not to be forgotten, to be remembered. A Cancerian wants to be unforgettable.
“Don’t cry,” another of her famous songs, is a typical song that represents the effect of the South Node in Cancer.
6 – Teoman and his Unforgottable song “Paramparça” (All in Pieces)
I don’t know Turkish rock star Teoman’s exact birth time either, but I at least know his rising sign.

His South Node is in Libra, and his North Node is in Aries. While following the tracks of his song through the Lunar Nodes, I notice some interesting astrological indications.
We also see Saturn in Aries beside the North Node in the fourth house. Teoman’s father died early when he was a child. The fourth house is the house of home, roots, and fathers.
Just like in his real life, he sings about painful memories of a man losing his father in the unforgettable song that made Teoman a music star.
Let’s look into the South Node. What can it tell us?

Both the South Node and its ruler, Venus, are in Libra, and Venus opposes Saturn. In his song, we hear the story of a man running from love and instead having meaningless relationships and being unhappy. He is afraid of love, because Saturn makes him fear taking root. Teoman tells his real life story in his song!
I think Saturn gives him the idea that there is no point in taking root, because one day something will happen to uproot him. The song starts with the words “I don’t have a watch, so I can’t exactly know when…”—these are the words of a man who is not on good terms with Saturn, the Lord of Time.
Next, what about these words in his song: “I’m just like a suitcase being lost…” Again, we see the reflection of Saturn. He almost defines himself as being rootless.
Consider these words: “The lives of all the people I know are in pieces…” Venus and the South Node in Libra, as well as Saturn and the North Node in Aries, give clues about the song’s theme of people’s lives being in pieces.
Let the shining stars brighten your path! 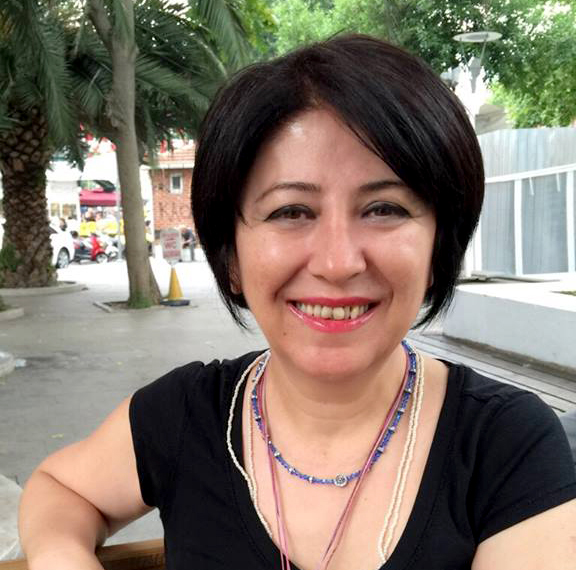