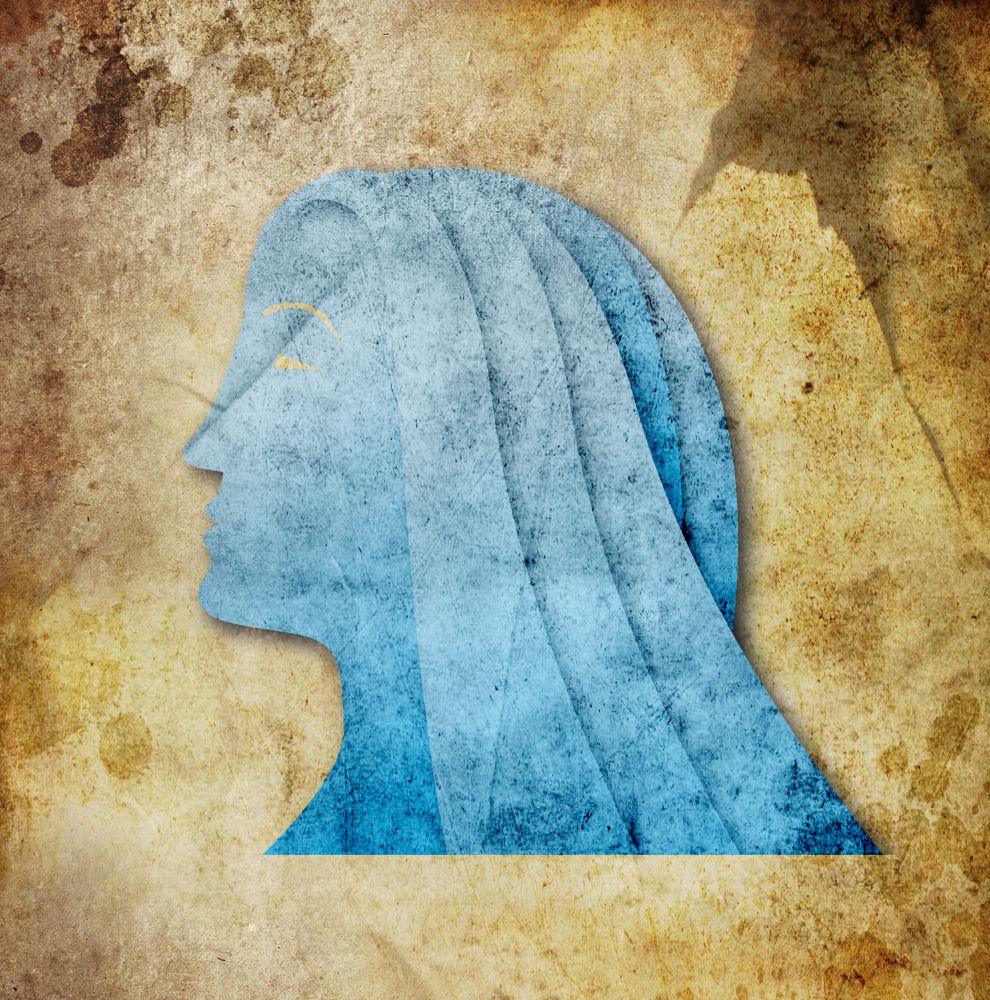 If “Being paranoid doesn’t mean people aren’t out to get you” were the phrase to describe Scorpio, the phrase that described Virgo would be “Looking clean doesn’t mean that you won’t wash it again.”

Yes, this is how they are: hygienic and over punctilious. They claim they’re not, because they really believe that what they are doing really needs to be done. It’s just “normal” to them. For example, they will hold their bread with a napkin!

They have certain standards, so they take care of every detail. They never leave anything to chance or time, and they never compromise their standards.

When they order a salad at a restaurant, they will describe it for 15 long minutes. Then, if the waiter doesn’t bring exactly what they described, they send it back.

They are workaholics that are keen on details. They are analytical, sarcastic, humorous, technical, good at archiving, prudent, perfectionistic, and controlling.

They Are Young and Pure

The name Virgo derives from the Latin word “virgo,” which means virgin. There is no sexual meaning here, but this symbolism tells us the details about Virgo. Virgo also means pure, untouched, and young. Here are some clues for you about the general characteristics of Virgo. The themes related to the spirit are the subjects of Pisces in the zodiac, and the themes related to the body are linked with its opposite sign, Virgo. Virgo, being responsible for preserving the mortal body, is of course fond of hygiene and healthy foods; they are detail oriented and even obsessive. Virgo’s duty is to keep the body pure, clean, and alive, so a Virgo’s subconscious is constantly occupied with that. Of course, they are obsessive about cleanliness, health, and perfection. On the positive side, we learn many things from Virgo, such as how we should feed ourselves, how we should keep the order, how we should consider all the details, and so on.

Seeing an overweight or malnourished Virgo is as rare as seeing a polar bear in the Masai Mara. Virgos are concerned with the cleanliness of all material things that represent the body. That’s why they are always anxious and hardworking. Because they are so occupied with keeping the body healthy, young, and pure, they may have trouble with illness. The legendary Michael Jackson was a Virgo. Because of his desire to get a perfect look, he became freakish. He tried to bleach his skin color and had many cosmetic surgeries because of his desire to gain the perfect body and look. His affection for his children was also a reflection of the sign Virgo: Virgo takes on purity, and children are entirely pure. The handsome actor Mickey Rourke was also a Virgo who couldn’t accept growing old. He had extensive cosmetic surgery, and his magnificent face became disturbed. The other symbolism of Virgo is related to sexuality. Yes, Virgos are picky in this regard, and they do not share their bodies and spirits with others easily. They also get married at a later age. They are afraid of the responsibility that marriage and passionate bonds bring. Because they need to be perfect in everything they do, they cannot take this step easily.

A Virgo Is Good for the Home!

When there is a Virgo in your life, you will be well organized. Just as we sometimes need a doctor or a lawyer, we also need a Virgo in our lives, because a Virgo is the zodiac’s guarantee that protects us against the danger of disintegration. With the help of a Virgo, you will pay your bills on time, not forget your tax deadlines, and visit the dentist for regular checkups.

Being a Virgo has many advantages. They always look young, for example. Virgo, being an earthly and mutable sign, is ruled by Mercury, which also rules the mind and communication. As Mercury is related to the mind, analytical thinking, and the search for innovation, Virgos look young and smart. They are humorous, adept at using languages, and shrewd and cynical. Many great comedians are Virgos, such as Peter Sellers for example.

Virgos also make good fashion models, like Claudia Schiffer. Sophia Loren and Raquel Welch, two women who never grew old, are also Virgos. Hugh Grant, the prince of romantic comedy movies, and Keanu Reeves, one the most futuristic faces of all time, are also Virgos. Would you say that Richard Gere looks old? While his peers, such as Dustin Hoffman, act in grandfatherly roles, he still seems young. Salma Hayek, who is over 45 years old, and Cameron Diaz, who is also in her 40s, are also Virgos. They both have the appearance of much younger women.

Virgos can also make good authors, such as Goethe and Tolstoy. Indian author Kiran Desai, who had an affair with Orhan Pamuk, is also a Virgo. It is interesting that an article about Desai states that she had the ability to describe the concrete reality with all the details. Attention: “concrete reality.” Yes, this is what Virgos know best, but they fail when it comes to abstractions. Put a Virgo in a room and ask him to observe the things there. He will tell you where the chair is, what the picture was about, how the shapes were arranged on the carpet pattern, and so on. Next, ask him to dream about an unlimited moment within the infinite universe, and he will be stumped. That said, some Virgos do achieve this by learning spirituality from their opposite sign, Pisces.

There are some rules for a Virgo. They like silence, health, coolness, cleanliness, and tailoring. They pay attention to their clothes like a tailor would, and they always like to wear light, clean clothes. You will rarely see any stains or dirt on them.

You can also see Virgos in the movie industry. For example, Guy Ritchie, Madonna’s ex-husband, is known for movies such as Snatch.

Fatih Terim, the technical director of Galatasaray, is a Virgo with Leo characteristics. You can see his Virgo side in his tactics and his Leo attitudes in his motivation.

If we want to list the things that Virgos like, we should put the list itself at the top of the list. They like listing, planning, detailing, and ordering. They hate everything that threatens their health, such as dirtiness, laziness, and obscurity.

Because they are control freaks and perfectionists, they can be good employers, but on the other hand, working for a Virgo boss can be tiresome. Because they are good with details, they can be successful engineers, but they may not achieve great innovations because they are afraid of taking risks and cannot realize the abstract things. They are acquainted with anxiety because Virgo rules the central nervous system, spleen, hands, abdominal region, and bowels. Their anxious nature exhausts their stomachs and bowels, and they may be prone to colitis and ulcers. Hypochondria and obsessive compulsiveness are often seen in Virgos.

As the only sign in the zodiac represented by a female figure, Virgos are generally cold people. They have few friends and few relationships.

You should still be careful, however. They may seem cold on the surface, but they can be deeper than they appear. Because they are afraid of the concept of infinity, they are also afraid of intense feelings that do not fit in with their organized attitudes, so they look emotionally cold. They do not like showing their emotions, because they do not trust others or even their own judgment. They reflect their mistrust by criticizing others a lot rather than themselves.

In fact, their waters always flow deep. They seem joyful, modest, sensible, trusting, wise, and able to find practical solutions to any problem, but this target-oriented attitude is not reflected in their own personal relationships.

Whether male or female, all Virgos are charming and respectable. In marriage, they can be good partners and parents, but their attitudes toward the relationship are technical rather than passionate.

They are natural researchers, being methodical, logical, hardworking, and pragmatic. They have the capacity to clearly analyze even the most complex problems.

They easily see all the details, but sometimes they fail to see the forest because they are so focused on the trees. Although they are realistic, they can be slow to finalize projects.

They have very practical hands and make talented technicians. Their trademarks are plainness, industriousness, and scrupulousness. Being perfectionists, they may become stressed when things do not work as they hoped.

Unless Leo, Aries, Capricorn, and Aquarius are dominant in their charts, they can be good employees rather than leaders. They fear responsibility, and they lack a strategic vision, although they are good tacticians. They are talented at arts, sciences, and languages. In addition to their ability to grasp quotations, they are also interested in etymology and linguistics.

They are good at financial and statistical issues, so they can become successful accountants and archivists. They can also become proficient editors, physicists, and chemists. As they like helping others, they can also make good doctors, nurses, psychologists, personal secretaries, inspectors, and critics.

They are interested in history. Being overly smart and analytical, they can sometimes go astray and act dishonestly.

They like spending time in nature, surrounded by animals.

Solar Activities and Us – Part Two