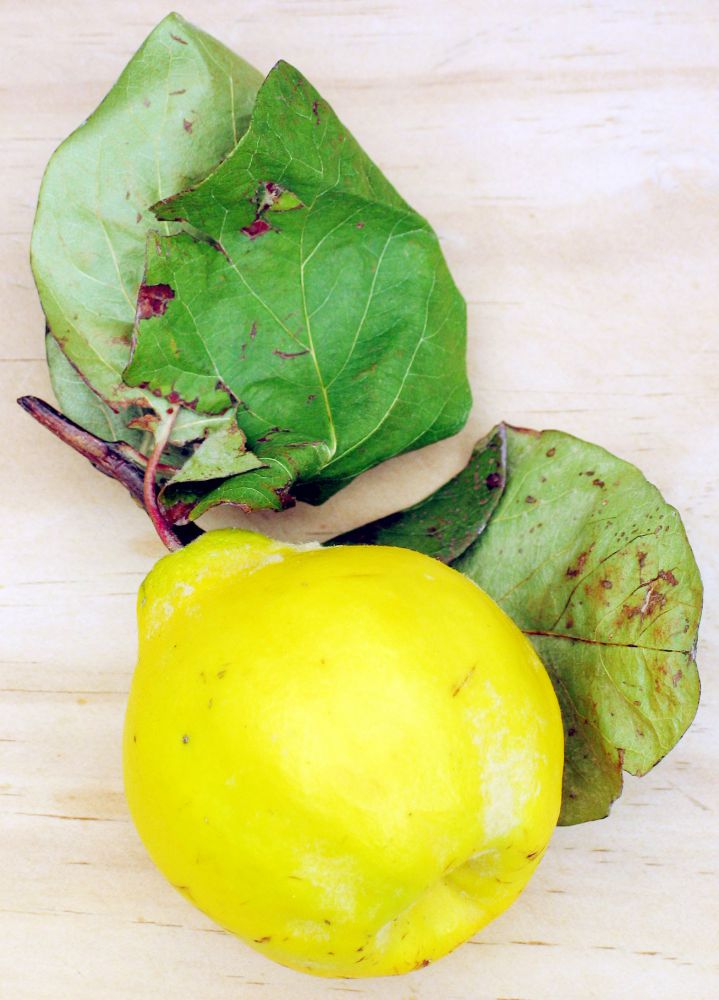 This is the title of a famous poem by the renowned Turkish poet Cahit Sıtkı Tarancı. In this poem, he mentions that quince and pomegranate are reminiscent of autumn and hence melancholy and death, but how accurate is it to mention these two fruits alongside death?

In my opinion, these fruits symbolize life and hope. They contrast well with the dark color of the earth in the sad fall season. They add lively colors to the green-less trees and paint over the scene of despair and sadness. These two innocent colors merely remind us of the green to come after the approaching winter. Yellow is the color of gold and the Sun, symbolizing self-confidence and genius. Both fruits are full of life and a repository of health; they are two tough, nutritious, and healthy blessings.

Both fruits were regarded as sacred by the ancient cultures who worshipped Aphrodite (the goddess of love and beauty who was known as Venus by the Romans and Ishtar by the Babylonians). The famous golden apple, which Paris awarded to Aphrodite, was in fact quince. The sharing of a quince by a married couple also has a symbolic meaning.

It is thought that quince spread to the world from upper Mesopotamia, between the Tigris and Euphrates rivers. This land has hosted many civilizations throughout history and is depicted as the garden of heaven in holy scriptures. In a way, the homeland of quince is now Turkey, because Turkey alone accounts for 25% of the fruit’s production worldwide. China follows Turkey with 9% of the global production.

Pomegranate is also a sacred fruit of Aphrodite. With its numerous red-colored seeds, it symbolizes the fertility of women and the loss of virginity after marriage. This fruit symbolizes femininity in the strongest sense in antiquity.

According to many Jewish and Christian scholars, the forbidden fruit picked by Adam and Eve from the tree of knowledge was not an apple but a pomegranate, although some maintain it was a quince, like the golden apple of Venus. Mythology ascribes both fruits to the Garden of Eden, and it refers to them as the fruits of Eden.

Quince can be consumed fresh, cooked, or as a preserve, such as marmalade and jam. Pomegranate is a useful foodstuff when eaten raw or drunk as juice, because molasses and pomegranates sour.

These fruits, which have been consumed in Anatolia through the ages, have recently been rediscovered by other countries. Recent research reveals the health virtues of both these fruits.

The cold-pressed oil of pomegranate seeds has also been shown to possess antioxidant properties. Pomegranate juice also contains organic acids and sugars, which are responsible for its sweet and sour taste. Tannins, which pass into the juice from the peel during pressing, leave an astringent taste in the mouth.

The antioxidant and antitumoral potentials of pomegranate peel tannins have been demonstrated in studies. Pomegranate peel also contains alkaloids and glycosides. It has antidiarrheal and anthelmintic properties, and it is used to treat dysentery. The peel extract has strong antiviral and antimicrobial properties, and it is effective against infections on the skin and genitals. An Indian study showed that a hydroalcoholic extract of pomegranate flowers had antidiabetic properties.

The quince fruit is also antidiarrheal, and it is also used for indigestion. Its flesh or juice is mixed with honey and consumed. Quince seeds immersed in warm water acquire a jelly-like appearance around them because of the mucilage they contain. This jelly-like liquid acts as an emollient and heals wounds in the gastrointestinal system and on the skin. It is also used as a gargle to treat inflammations of the throat. Quince is rich in vitamins, especially vitamin C and microelements. A 3% infusion of quince leaf is useful when treating insomnia and nervousness. Both the fruit and the leaves have antioxidant properties. Aqueous preparations of the fruit and leaves have been found to be effective at treating heart disease, hemorrhoids, asthma, and coughs.

How to Connect to Your INNER-NET in the New Era