Abundance, Prosperity, and Much More… 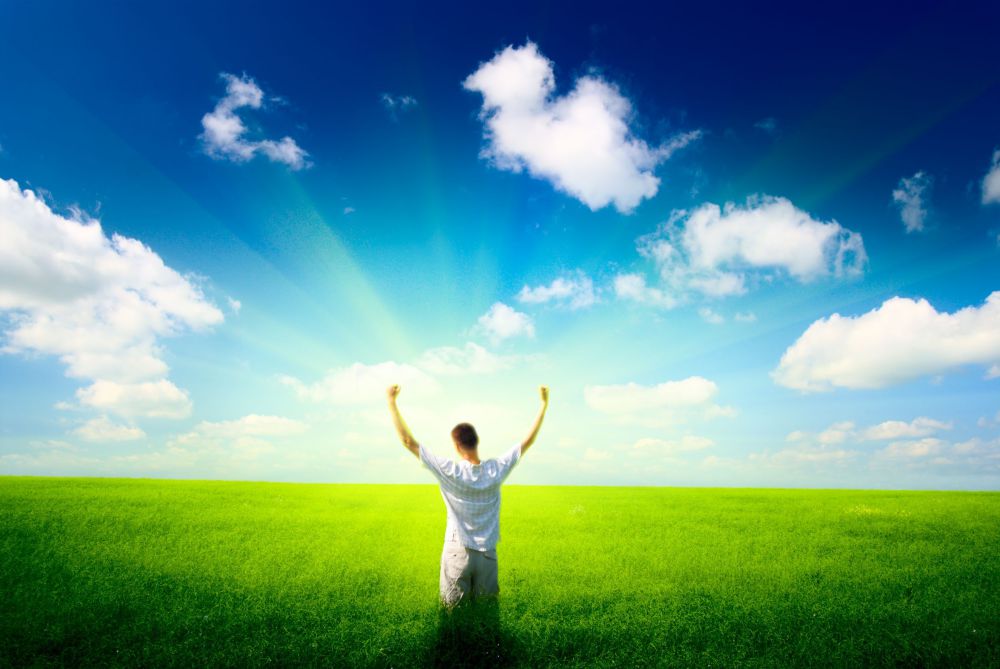 Promise to be a flower and spread smiles around you. It’s easy then to find an Earth that carries you over your head” – Rumi

If I don’t count Friday, which is the local bazaar day, I live in a generally calm and quiet neighborhood. When I listen to the outside, I easily hear the tweets of birds. If I pay more attention, I can even identify the songs of at least five different kinds of birds: doves, crows, gulls, swallows, nightingales, and more.

To be honest, even though I’ve lived in the same apartment for five years now, I’ve only become aware of the birds in the past year. I most likely only heard car horns sounds and other street noises before, because I wasn’t aware of the orientation of my conscious attention at the time. My mind was always on autopilot, so it could easily find similar things from the outside to bring on my level of perception. After I learned to direct my attention consciously, I began to notice the bird population in my neighborhood.

When I looked from my window, I saw the birds perched on windows, balconies, and tree branches. I thought to myself, “I wish they would come to my window too.” I kept whishing this way for some time, but it was useless because there were no passersby around my window.

When I realized it wasn’t working, I finally decided to take action. I asked myself what a bird would like. The answer was simple, of course: food. I went straight to the kitchen and grabbed a slice of bread. I then crumbled it and scattered the crumbs outside my window. Within half an hour, the expected happened, and a couple of doves appeared at my window.

Lesson 1: If you want to attract something you want now, just “feed it”

Every morning while preparing breakfast for myself, I started crumbling a slice of bread for the birds as well. Usually the same two doves came. The male was well fed and strong with shiny feathers. The female was small and mottled. While the male ate, he also watched the surroundings and chased off other doves that wanted their food. The female, however, always ate very comfortably, only concerning herself with her food.

After a while, I decided to buy some real birdseed instead of feeding them breadcrumbs. This was both more practical and nutritious for the birds. I went to a pet shop and bought some seed with vitamins. I’ve no idea what kind of instincts birds have, but I can report that after putting seed outside my window, a kind of stampede literally occurred. It seemed like all the birds in the area arrived! What a big quarrel and uproar there was. If only you could see them.

They did everything you could imagine: lashing out with their wings, fighting neck to neck, chasing after each other… But the interesting thing is this: They never used their beaks, which is their most dangerous weapon, to peck each other because their sole intent was to chase each other from the food rather than hurt each other. In this sense, they struggle with each other in a much more civilized manner than people do. In the meantime, the birdseeds were the only casualty while they were fighting. Almost half of them spilled down the window and were wasted. What’s more, they didn’t have any time to eat something because of the fighting. Although one or two managed to eat, I’m sure they would have enjoyed it more in a quieter environment.

When I saw them fighting, I felt very uncomfortable at first. I’d put more than enough seed out, but instead of sharing it peacefully, they fought with each other. I just wanted to feed them, not make them fight. A thought then fell into my mind: Was it better not to feed them anymore?

At that moment, I turned my attention to a broader perspective. I thought how we humans also behave like these birds, maybe being even crueler to each other. Sure, there are plenty of resources on this world, but we continue our meaningless fights. We are so busy with cutting across each other’s paths that we forgot our important goals, just like these birds.

I then thought of the ultimate source of the world’s abundance and prosperity, the great creator of the universe. When he sees us fighting, he never thinks, “Let’s cut off their food and bring them to their senses.” On the contrary, he continues offering his endless resources unconditionally. He never interferes, judges, or blames us. He loves and accepts us as we are.

Lesson 3: Accept whatever comes in response to your intent without judging it.

I know they don’t really need my food. Whether I provide it or not, they will get their share from somewhere. They will keep on surviving as they did before. If I stop feeding them, I will be deprived of the pleasure of being the source of their abundance and prosperity. Therefore, would this be giving up of being part of the beautiful flow of this universe?

We all want to attract more abundance, prosperity, and comfort to our lives, but we became so conditioned to thinking the only way to achieve this is to take and accumulate. However, if we open our minds and hearts to the consciousness of unconditional giving and sharing, imagine what a big difference that could make in this world! Just think about it!

Believe me, this is not so difficult. We just need to share what we already have. We should share without any condition, just for the pleasure of giving. Share the knowledge you have, or share your joy, money, love,…whatever you have. Share as much as you can for as long as you can, no less and no more.

Lesson 5: Everyone has at least one thing in life they can give without condition. When the heart replaces the mind, both the quantity and quality of what you can give increases.

“In generosity and helping others, be like a river
In compassion and grace, be like the Sun
In concealing others’ faults, be like the night
In anger and fury, be as if you have died
In modesty and humility, be like the Earth
In tolerance, be like the sea
And either appear as you are, or be as you appear”
Rumi 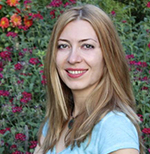 After graduating from Electronics Engineering department, she has worked for more than 10 years at leader companies in telecommunication industry. She studied Breath Coaching Training and then Trainer’s Training in USA. She is giving Multidimensional Breath® trainings, corporate trainings and personal development workshops.