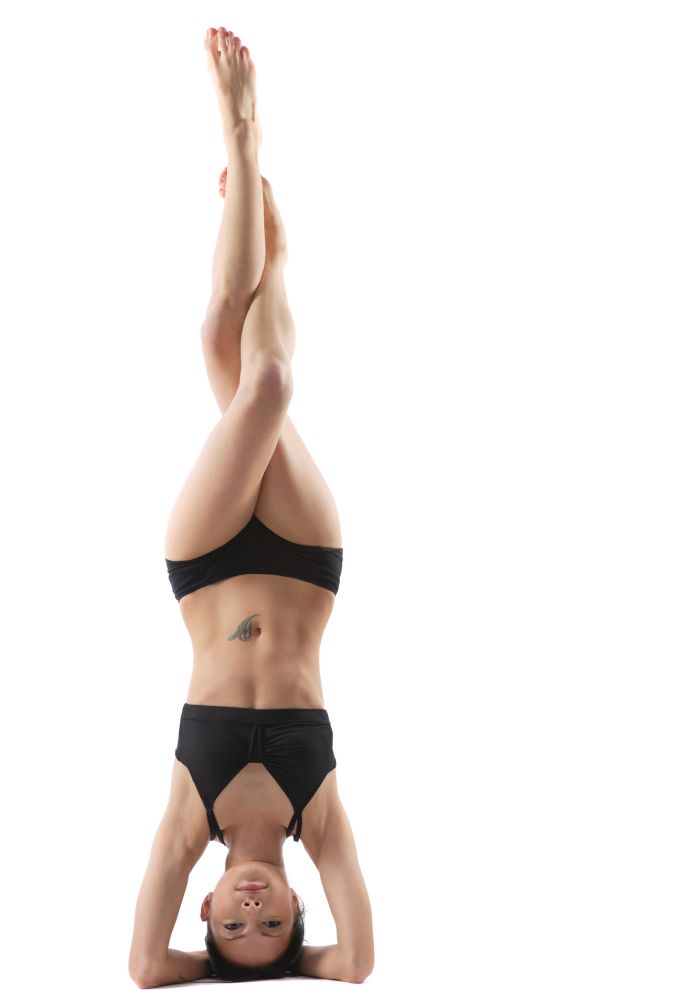 Many yoga teachers, practitioners, and studio owners have this question at the front of their minds. Weight loss is an emotional subject for many, and this continues to be the case. Nevertheless, is it right? The answer is no.

We have often heard about the mind–body connection while practicing yoga. Sure, a calm mind is an essential component of yoga practice and lifestyle. However, we can find overweight people in reasonably peaceful states of mind too; they are content with their lives to quite an extent. In Ayurveda terms, this is Kapha-type contentment.

A cohort of yoga teachers will tell you that “yoga for weight loss” is not really the concern of yoga. After all, yoga is something spiritual, or in more recent times, a great physical workout that truly shapes the body and helps to shed excess weight, provided you are not obese.

Rare are the apostles who proclaim that yoga is intended to help you lose weight and detoxify. In the process, it could even enlighten you.

Let me explain. Most yoga classes are oriented toward the physical, bodily movements called asanas in Sanskrit. Many, if not most, of the teachers around the world teach some kind of breathing along with the asanas. It is the breathing (add the Sanskrit chants and the more “twisty” poses) that makes yoga practice yoga and not Pilates. We have to keep in mind that breathing or Pranayama (the lengthening of prana or vital air) is the key ingredient to successfully losing weight and attaining salvation. Numerous yogic texts affirm pranayama as the summum bonum of yoga. Pranayama is the beginning, the middle, and the end of yoga. It forms the greater edifice of yoga’s teaching. In fact, Pranayama is yoga.

The yogic texts extol one more important and preliminary process: The Shat-Kriyas or the six purification actions. These are intended chiefly to cleanse the body of phlegm, a waste product that causes multiple illnesses, diseases, and disorders. When not cleansed, phlegm turns into toxins, and in time, the toxins become a deep-rooted waste, almost becoming a part of our body. This causes severe disruptions in metabolic functions and acts as a breeding ground for a host of other illnesses. Shat-Kriyas also reduces phlegm for the sake of purifying the nadis or subtle energy channels. Without this purification, the nadis are full of impurities, and all other practices will have no effect whatsoever.

The result is, as the yogic texts affirm, “a slim body, a glowing face, and shining eyes are the symptoms of a true yogi.” It is only natural that divine thoughts and actions that are akin to a yogi are purified by the process of Shat-Kriyas. God-realization begins when the intestinal tract is cleansed. According to tradition, Asanas and Pranayama are the next steps after the Shat-Kriyas are performed.
Can breathing alone shed fat? The answer is yes.

To understand the power of breath, we must first understand ourselves not only as physical bodies composed of flesh, bone, marrow ,and blood, but also as unique organic entities composed of various vital airs (prana) that govern all life and death and with it, happiness and sadness, success and failure, and the rest of life’s affairs. The yogic texts equally confirm that with Pranayama alone, without the need for Shat-Kriyas as a preliminary act, one can purify the body.

To understand the process and make it acceptable, we also have to understand Prana (vital air) itself. There are five major types of Prana: Apana, Prana, Samana, Udana, and Vyana. These circulate round the body in their respective directions causing things to “happen” in our systems. Beyond them are five sub-Pranas that in the matter of weight loss are irrelevant.

Based on yogic tradition, I have designed four types of breathing exercises that balance the five varieties of Prana to reduce phlegm, build digestive “fire,” and shed weight.

Sometime back, during one of my weight-loss classes, I decided to hold a breathing-only session instead of the standard program, which includes asanas and kriyas together with breathing. A record of the weight of all students is made every session. We did 45 minutes of breathing exercises alone. The results were visible in the next class, just two days later.

They had lost between 300 and 800 grams with focused breathing alone! The results were indubitable.

Recently, a student became a little depressed after losing a great deal of weight, because she had reached a stage where she was no longer losing weight. Instead, she had gradually regained about a kilo. After discussing it with her, she admitted she had slackened her regime by not doing her daily breathing exercises. I spoke to her about the importance of Pranayama, and guess what? She returned to class two days later, cheerful and delighted with her 900 grams of weight loss!

Several times in class, I have reminded students they are here for breathing exercises rather than physical ones, even if it may seem like physical work.

Surely, it is important to breathe well and be able to inhale as much air as possible. It is imperative for success. I have observed that people who cannot inhale well and fill their lungs fully do not lose weight. The lungs are the turbines for success in weight loss. I have encountered many people with weak lungs. Some were smokers or mentally impaired and others had overly emotional personalities that tend to use emotions to gain validity in society rather than Prana, the natural aura of a truly successful person. However, I have never turned a person away because of a lower breathing capacity, at least unless they were extremely lazy. Instead, I lead them toward the path of weight loss with determination. With the help of asanas and the persistence and eagerness to learn the process of weight loss, they succeed.

There are also different types of bodies. Most “really obese” and “moderately obese” people lose weight fast in the first three months of the course. The body then resists for a little while to give itself time to reshape and rework its metabolism. Some who are a little overweight, say two to four extra kilos, will visibly show signs of slimming at first, but they will take some time before they lose the extra weight completely. Added to this, due to its power to detoxify, a profound sense of well-being is felt.

As I said at the beginning, yoga for weight loss is not just a weight-loss program. It is primarily a purification process, so I call it “Yoga for Weight Loss and Detox.” Weight loss and detoxification are two sides of the same coin. As yogic texts suggest, “One first has to clean the body of phlegm…” Pranayama, besides helping you lose weight, helps to dispel excess gas, making the body lighter. Performing the four types of breathing exercises before the asanas (say 15 to 30 rounds each) will make your body 20% lighter and your practice pain free.

Someone may wonder about the period in which weight is lost, and it is a relevant question. The course I have structured is called “Slimmer in 60 Days.” It means you will lose weight and become slimmer in 60 days if you follow the program diligently for 5–6 days a week. For the detailed program, get a Yogapedia membership, where you will find the “Slimmer in 60 days” course, as well as information on other ever-evolving topics such as yoga therapy, recipes, diet, and more esoteric discussions.

(Franz Andrini is the author of Yogapedia—Yoga Encyclopedia Online and the “Slimmer in 60 days” yoga course. He teaches yoga worldwide. To learn more about Franz, visit www.franzandrini.com)

The Silence of Unsatisfied Needs

Dost Can Deniz, 8 years ago