Home > Life > How to Grow Flowers 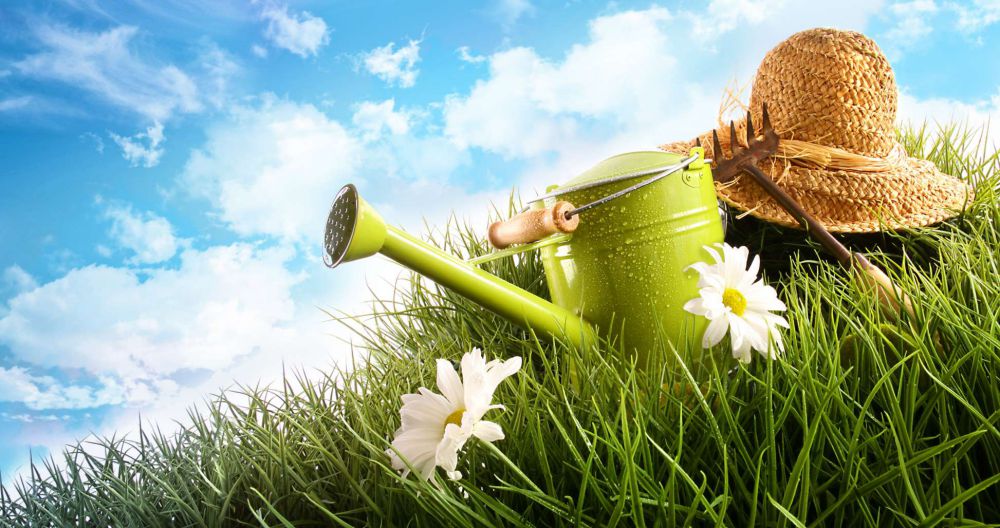 For many years, she has been reading books on floriculture without ignoring her friends’ kidding. While scanning the pages of these books, she was dreaming of having lots of flowers in her own garden one day. She achieved everything she wanted by reading; she found all the remedies from the books. If she wanted to have a garden full of colorful flowers, she first had to get sufficient information on that specific topic. If she had enough information, she could find success with everything.
In the garden of her dream house, she would have flowers of every color: red, pink, orange, yellow…and a swing for two, just like the ones in the films. Sometimes, on hot summer nights, she would sit on the swing and watch the stars while leaning her head on the man’s shoulder with whom she would get old. Sometimes, she would fall asleep while reading her book, and perhaps one day she would read stories to her children on that swing.
She did not want huge trees in her garden, but all the ground had to be covered with flowers. To achieve this, she had to know everything under the title of how to grow flowers. Since she learned everything from books, now her main references were books again.
She read so many books that if she took an exam on floriculture, including questions like “What is the right time to plant jasmine?” or “How often should you give water to roses?” she would get the highest score.
After reading books on that topic and assuming she knew everything about it, she went to a bazaar to buy some seeds. On her way home, she summarized all she knew to herself once again. What is the best time to sow them? How often should she give water to them? She remembered all she read from the books. Yes, she was good enough.
She did not yet have a house with a garden or a swing on its porch. For the time being, she was going to exercise by planting her flowers in pots. This was a kind of hands-on exam to test her knowledge.
She did her job diligently, as the books say. She did not make any mistakes; she sowed them just on time and watered regularly. Then there was nothing left to her. Since nature knows its timing, now she had to just wait.
As she was sure she did everything written in the books, there was no reason for failure. The seeds would turn into flowers in a short time. Unfortunately, the sun did not show its smiling face. And sadly, she had to wait for a long, long period.
She lost faith in her beloved books. Although she did exactly everything and applied all the rules described in these books, she did not succeed. She looked at other balconies; the flowers there had already blossomed. Surprisingly, she did not feel unhappy or think about where she had made a mistake. Success did not depend on doing only the right things. Other conditions should also be suitable: Everything should work according to life’s inner clock, and everything should be for the sake of everyone.
One day, she woke up early in the morning as if someone wanted her to get up. She carelessly put on her bathrobe and slippers. On her way to the balcony, she stopped by the bathroom door for a while and looked at herself in the mirror, tidied her hair. No one would see her at that time of the morning, but she had to look fine. Afterwards, she went to the balcony.
She saw a branch growing from the soil. At the end of the branch, a small red bud quivered with excitement after spending too much time hiding in the pot. It was waiting for the correct time! Perhaps, the correct time was not written in the books, but sooner or later the time would come and this bud would open its petals joyously. When the correct time comes…
Everything was not written in the books, but it was just like that. Everything has its correct timing, and whatever you do or how much you know about the process does not change the moment of existence of anything. Perhaps, the bright light of last night’s full moon watered the soil, and now was the time for culmination; a flower decided to turn her face towards the sky.
In other usual mornings, if she woke up that early, she would be angry and want to sleep even for five more minutes. However, today she wanted to inhale this fresh air before her daily routine. She went to the bathroom and combed her hair. Yes, she had to look fine, even though, no one would see her. She prepared a glass of tea for herself and sipped it watching her little pot in the coolness of this sunny morning. She thought she had to read more books hereafter.

The Spiritual Anatomy of Losing Weight