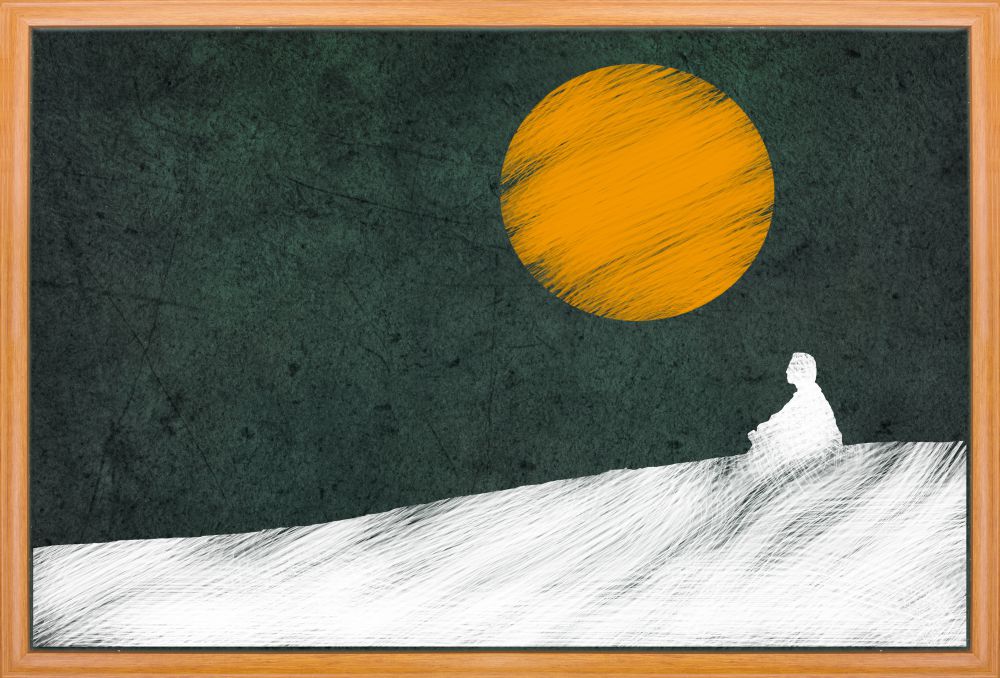 Note: Sufizm is a Mystical movement within Islam that seeks to find divine love and knowledge through direct personal experience of God. It consists of a variety of mystical paths that are designed to ascertain the nature of mankind and God and to facilitate the experience of divine love and wisdom in the world. İnsan-i Kamil is a concept of  “The Perfect One” in Sufizm.

There are so many facets of the Insan-i Kamil that I don’t know where to start. Maybe it’s better to start by explaining what he isn’t. When the name of Insan-i Kamil is mentioned, we tend to imagine a picture of a wise old man—you know, the white haired type. In reality, I tend to believe it must be rather hard to become such a man. As if by accident, people would start treating you like a saint, and you’ve had it then. Humanity loves to elevate you and hold you in high esteem, and you’re no longer allowed to make mistakes. If you do go amiss, the people love to declare how they have made a mistake, and thus you are overthrown.

What’s more, they expect you to be perfect at all times. You are not allowed to be yourself! You cannot sing loudly, dance extravagantly, or do other things you enjoy. You don’t even have the right to tell a bad joke, even though I think the best indicator of spiritual development is a sense of humor. When I say sense of humor, I do not mean being funny  like a clown but rather the ability to view life with a smile, and it is this sense of humor that people will deprive you of. I guess this is why many of the people on the path to becoming Insan-i Kamil have problems with this sense of humor. Beautiful and ethical they are, but once they tend toward humor beware! A bad joke may be tolerated, but we see that since they lack laughter muscles, they squeak instead! Luckily they can still smile with full hearts, and this will suffice.

I should certainly add that in society, these people are not regarded as being human. More accurately, society forgets they are Homo sapiens as well. Nobody gives a thought to the fact that they may also have humanly needs such as inhaling and exhaling. They also have digestive systems and, of course, reproductive organs. In the name Insan-i Kamil, the first word means “human.” Many settle on the word “Kamil” meaning absolute and fully matured, so to be an Insan-i Kamil, you need to be first human and then mature. This is why you can only tread the path of becoming Kamil if you can say you are human! What’s more, once you feel human in all of your being, you no longer care about becoming Kamil or not. This is the moment when you have become Kamil!

For me, honesty and trustworthiness are the two most important concepts. I can recall something a teacher of mine once said: “be El-emin (be most trustworthy).” For those who do not know, El-emin was said about the Prophet Mohammet among the Quraysh clan because it was said he was trusted by everyone. I have always used this word to show me the right path, so when the characteristics of the Insan-i Kamil are questioned, this comes to my mind first. To be Kamil, one needs to be El-emin. Insan-i Kamil has his own standing, his own thoughts, and his own view of the world. These might be different to those of others, but everyone knows he will never sell himself nor deal behind anyone’s back. In fact, gaining everyone’s trust does not mean sharing everyone’s thoughts and actions, but if even those with different ideals come to trust you, you have gained something important.

There is yet another saying I like:  “Small minds discuss people, average minds discuss events, and great minds discuss ideas.” Ever since hearing this, I tend to observe those around me, watching what they are involved in. What do you do in your life? Do you involve yourself with events or ideas?

Insan-i Kamil does not relate the problem to people because he does not perceive things as problems. So, is he oblivious to his surroundings? I do not define Insan-i Kamil here as someone who has lost touch with his environment and lives happily by himself, because we are primarily inhabitants of this planet and have responsibilities toward it. Don’t let the word responsibility bring boring and limiting concepts to mind, however. The aim is to make this planet humane, and we are all here firstly to be humane ourselves and secondly to make our planet humane.

The Insan-i Kamil is someone who feels responsible for this planet, and he will say this prayer tonight:

Dear God! Please don’t give me any enlightenment, awareness, or power that I cannot use for the betterment of the whole. I dedicate myself to the good of the whole.  (Note: Some would ask, “why is the I here?” The concept of serving the whole is one that can often be confusing, but once you feel the concept in your heart, you begin to live your life just the way you want to, because the path to serving the whole passes through serving yourself.)

One of the most important characteristics of Insan-i Kamil is the ability to use one’s mind. In fact, this topic has been underlined in almost all the holy scripts, and it is one of the basic teachings of the Holy Quran. However, this concept is not generally favored, because using one’s mind means accepting responsibility and being able to act when required. One misunderstanding arising from this concept is confusing it with rationalism. Insan-i Kamil has one foot on the physical world and the other on spirituality, and he coordinates both by using his mind, whereas in rationalism, both feet are firmly on the physical world. They are similar to those I mentioned above who have lost touch with this world, but these differ in that they have both feet on spirituality, whereas Insan-i Kamil knows his body, uses his mind, and lives with his spirit.

Is Insan-i Kamil faultless? Does he make mistakes? Yes, endlessly. No one can claim to have matured without having made mistakes. The only way to avoid making mistakes is to not make decisions at all. If you spent your entire life not doing anything in order to avoid making mistakes, then you have made the worst mistake possible by doing nothing in your life. The other extreme is to constantly make mistakes. If you tell yourself that to develop you should make mistakes, and you keep hitting a wall, you aren’t on the right track either.  Insan-i Kamil has made mistakes, but he has learned to swerve next time he sees a wall he has already hit. In this sense, I’m saying Insan-i Kamil is not someone who hasn’t hit any walls but rather someone who has learned to avoid walls he has already encountered.

There is so much more I could say, but I want to end with just a few more words. There is another saying I read, and I always remember it because it is the foundation of becoming an Insan-i Kamil :