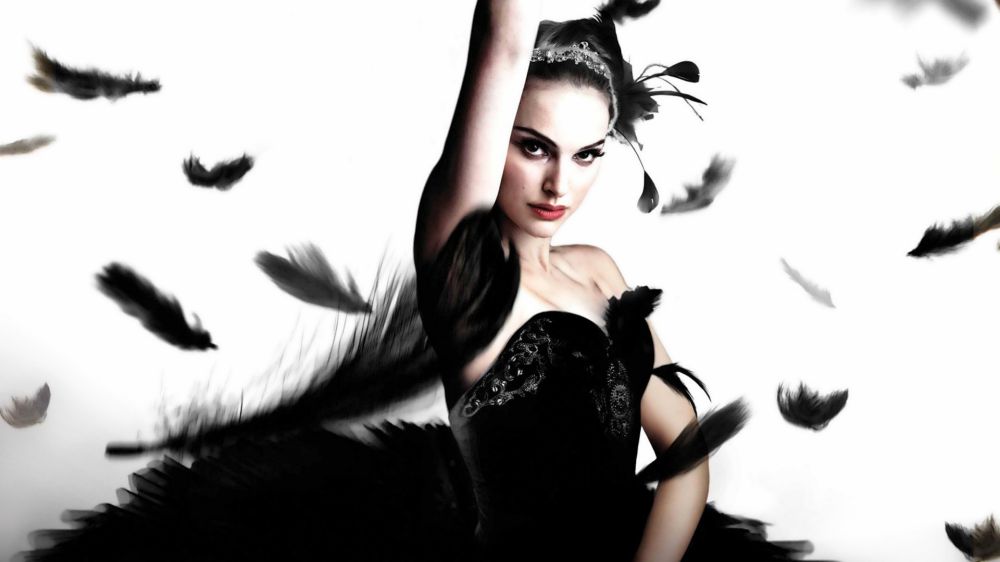 Lately, I watched the movie Black Swan. In this, Natalie Portman plays a ballerina in a New York City ballet company whose life is completely consumed by dance. Although the movie is a disturbing psychodrama, with many gory scenes that forced me to close my eyes, I loved the dance scenes so much that I’m already ready to watch it again.
As the name of the movie suggests, the company is performing Swan Lake that season, and our troubled, young ballerina is chosen to play the Swan Queen, both the White Swan Odette and her evil twin, Black Swan Odile.
The story of Swan Lake features probably the most famous ballet music ever composed in history. It takes place in a medieval central–European setting, where princes go into the forest to hunt, young girls dance under the moonlight, and magicians cast spells on the young girls that turn them into swans as soon as the sun rises.
The story is full of symbols—sociological, mythical, and spiritual—which I have no intention to dwell on here. However, the music that Tchaikovsky composed in the mid-19th century is so magnificent, yet so simple compared to the music of his contemporaries, that I get teary eyed every time I listen to Swan Lake.
I don’t recall how old I was when my mother first played Swan Lake for me. It is highly possible that she played it as background music while telling me a bedtime story. Later on, when I was old enough to use the record player myself, I kept on playing it over and over until both of my parents begged me to stop. Soon, our only record became all scratched from my unsteady five-year-old hands operating the needle, so I had to stop.
Knowing my fascination with the music, my mother took me to see Swan Lake when the Istanbul Opera and Ballet Company performed it in the early 1980s. I already knew the story by heart, because I made my mother tell it numerous times. So, when my favorite music started and my favorite story came alive through human movement, I was ready to fall in love with ballet, and that is exactly what happened!
I continued taking ballet classes until I left Turkey at the age of 25. I changed schools, we moved from one apartment to another, my friends changed, my parents divorced, I had my first period, I fell in love for the first time, I finished high school and started university, and I fell in love many other times. During all these years, I attended Madame Lilie’s ballet classes every Tuesday, Friday, and Saturday. I realize now how Madame Lilie has been a major influence on my life.
When I started yoga, expressing myself through movement became exploring myself through body, mind, and breath. Yet, only after watching the Black Swan did the pieces all come together. Since ballet and yoga are so different from each other, it never occurred to me that my childhood love for ballet had transformed itself into a passion for yoga.
What I loved more than anything about ballet was its discipline. As opposed to many other children and teenagers, I loved how we all had to wear simple black leotards and white tights during our yearly exams. I loved how it kept most of us wearing the same outfit during the rest of the year in order to simplify our practice. It was in Madame Lilie’s classes where I learned to stay still in one pose and not fidget. It was also where I learned to watch movements carefully before trying them myself and observing their effects on my own body. It was there I learned how to focus my gaze, my energy, and my mind into a single channel.
It was easy for me to transfer this sense of discipline to my yoga practice and later to my teaching. Staying still, concentrating, and paying attention to details: These were easy and familiar things for me to do.
The hard part was, and still is, the other side of the coin: the part that requires Letting Go.
In the movie, the super-charismatic French choreographer (played by Vincent Cassel) continues saying the same thing to our young, stuck-up perfectionist ballerina: “Control is one part of perfection. The other part is letting go.”
My teacher always guides us into a yoga practice, eventually waking up what is dormant inside us. I always think he is talking about the spirit. To wake up the dormant discipline in the spirit, perseverance is necessary but not enough on its own. There has to be keen observation and patience, followed by letting go. We can move very gracefully and precisely, but without the stage of letting go, the spirit cannot express itself freely, no matter how much effort has been made.
Sage Patanjali talks about the same thing in the first chapter of Yoga Sutras. Two core principles of yoga are abhyasa (practice) and vairagya (non-attachment). Here is an explanation of these two principles:

Never give up! Always let go!
So, which side is heavier? Where are you losing your balance? The challenge is to balance the scale, because it is not a case of one or the other. Perfection is found in the delicate balance of the two sides.
Take it easy!

My Mission in Life: To Exist