Home > Mystery > Has the Holy Grail Been Found? 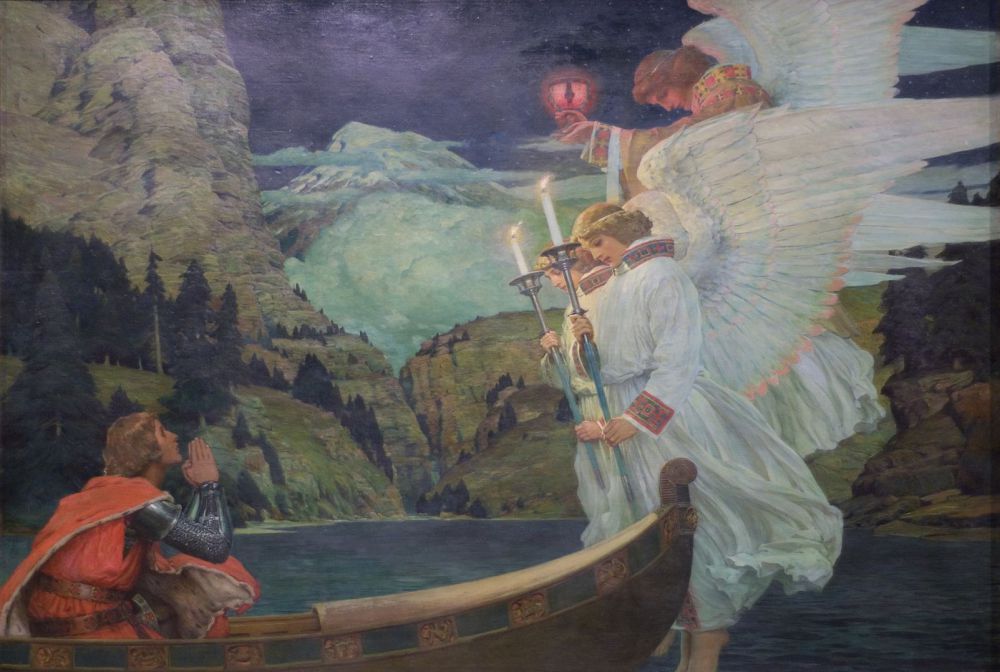 Why was Hagia Sophia chosen to hide the Holy Grail?
It is obvious that Hagia Sophia is one of the most suitable places to hide the Holy Grail. Hagia Sophia means “Holy Wisdom.” The secret knowledge was hidden in the “Holy Wisdom.” This is really meaningful, even at first sight. During the 4th Crusade in 1204, Istanbul was ruined and Hagia Sophia with it. In fact, these ruins seemingly discount Hagia Sophia as the location of the grail. No one would look for the Holy Grail in a ruined place. The majority of academics and researchers would claim that the Holy Grail was not there because it was ruined. Others would assert that if it was in Hagia Sophia, the Byzantines would have found it.
Then, who hid the Holy Grail in Hagia Sophia and when?
Helena, the mother of Emperor Constantine, attended a pilgrimage to Jerusalem in 326. Her aim was to find relics, and she found some of them in excavations. It is believed these relics are hidden in secret rooms under Çemberlitaş, a pillar in Istanbul. Perhaps there is nothing in these rooms. Perhaps the Byzantines took these relics to somewhere more secure during the 4th Crusade. Maybe, when the city was rescued, the relics and the Holy Grail were taken to Hagia Sophia and put in secure places.
You said the Holy Grail was a symbol? If so, what is hidden there?
I believe the Holy Grail is the Ark of the Covenant. This object is considered holy by the three major Abrahamic religions. It belongs to the family of the Prophet David, who brought the Ark of the Covenant to Jerusalem and appointed a tribe of Israel to protect it. It was lost just after the occupation of Jerusalem by the Babylonian Kingdom around 586BC. The Ark of the Covenant is also mentioned in the Holy Quran, which tells that it contains relics from Moses and Haroon. The Knights Templar made numerous excavations at the base of Solomon’s Temple in Jerusalem to find the Ark of the Covenant, because it is said that any army that carries it is unbeatable. The Knights Templar announced themselves as the protectors of the Holy Grail to indicate they were in the service of Christianity. I think the Holy Grail is a symbol that points to the Ark of the Covenant. It is commonly believed that angels carry the Ark of the Covenant. Not surprisingly, at the dome of Hagia Sophia there is a mosaic showing four angels. Here is another symbol! The thing everyone is looking for is under the feet of the angels. Interesting, isn’t it?
We know that there are techniques today to help us to see what is there, even behind walls. If the Holy Grail is found using these methods, what happens then? What does it mean for humanity? Does it change anything?
The Ark of the Covenant is a miraculous object that has mysterious powers. It is mentioned in the holy books of the three major religions. It is an important object especially for the Israelites, because this object is a strong reminder of the testimony between their ancestors and God. Like the Jewish menorah, it is a symbol of Judaism. Also, some Islamic hadiths say the Mahdi will take the Ark of the Covenant from its place. According to Islamic belief, the Mahdi is the person who will rule the entire world. I think the two religions will oppose each other at that point.
I have petitioned the Hagia Sophia Museum and also the Ministry of Culture and Tourism to give permission for some inspections, but unfortunately I never get a satisfactory reply from them. I think everyone lacks the courage to remove the Ark of the Covenant from its place. If it is found, we may face some alarming situations.