Home > Mystery > Is There Life on Parallel Universes? 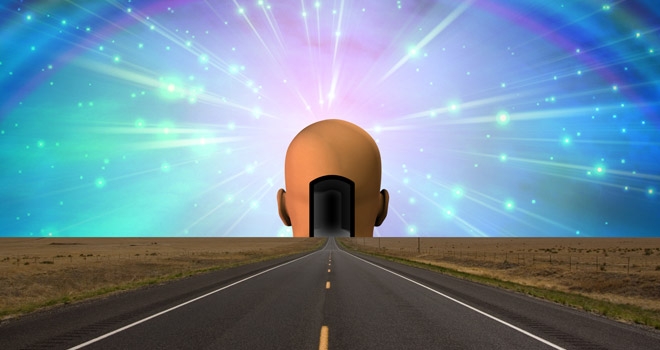 As I was surfing on the Internet on a hot summer evening in 2007, I bumped into a web page about a teaching with a long and strange name—Ho’oponopono. The story of this teaching captured my interest and discussed the studies of a doctor named Dr. Ihaleakala Hew Len. The claim: This doctor healed convicts with psychological problems by using an old Hawaiian healing technique without ever seeing the patients.

This technique intrigued me enough to want to know Dr. Len. Later on, I became his student. The techniques I learned were simple and effective; however, I felt something lacking. I followed that instinct and researched the origins of this Hawaiian technique. This piece of data opened a new door in my life.

Parallel Universes: What Are They?

In the texts I read about Ho’oponopono, a particular concept excited me—parallel universes. Of course, I had heard about it before, but I did not pay much attention. For me, parallel universes were scientific phenomenon, and my interest rests in spiritual things. Now I was dealing with a Lemuria-rooted spiritual teaching which gave a lot of information about parallel universes.

According to ancient Hawaiian sages, there are twenty-three additional universes, in addition to the universe we now live in. One of them is the real universe and the others considered dream realms. Indeed, the dreams are so real that people within the dream think the universe they occupy is the true one. The person can be simultaneously present within different universes and under different conditions. Rich or poor, beautiful or ugly, healthy or unhealthy…They may even change the life models between the universes. (This is not suggested because they already have contracts with people they live with in the real universe and such unexpected changes may be a unilateral cancellation of these contracts.)

I was confused. I read those things many times. I had to make a great effort to understand everything correctly since the text was in English, my second language. No, I did not misunderstand anything. The text claimed the existence of twenty-four universes where each human being reflects their own image in the majority of these universes.

Twenty-three more parallel universes? And, in each of these universes, we may have our reflections! One of them is the real one; others are just dreams! The people there think that they are real! Perhaps, I do not really exist here, but I am in one of these universes where I’m just in a dream there! How shall I know that? I really did not understand anything, and I quit thinking about it.

What Am I Saying?

Two months later, as I gave a seminar on a completely different subject, I stopped suddenly. I was thrilled! I didn’t know what to do when I realized what I was saying and left dumbstruck for a while. I continued speaking: “Perhaps this universe is not real. Hawaiian masters claim that there are 24 parallel universes. Only one of them is the real one.” I stopped and waited! Everyone stared at me with stunned looks. I was paralyzed with my own words. I could not even open my mouth for a while. But the die was cast! I decided to let the words come out:

A spirit comes to this life to learn a specific lesson. Since they must learn it quickly, they enter into one of these parallel universes. I do not know if it is the real one or the dream, but as far as I understand this is not important. The trial period begins as soon as they enter a universe. The spirit learns some lessons during this trial period and consults with his soul group, masters and guides who then suggest a plan for their main reincarnation. Sometimes, he comes to this life for a few days and says goodbye as a baby. Of course, his parents and siblings approve this plan in their unconscious; although, they are not aware of it in the conscious state. A spirit never desires to give pain to another spirit. On the other hand, some spirits live longer than others and start their main plan after fully understanding their experience.

This was the first time, I mentioned these things, and also the first time I actually heard it. Where did these words come from? As I took a breath, my mind seemed confused with it all. Some of the information was from what I had read, but the rest of it came from somewhere inside of me.

In the following days, this subject appeared more obvious. I came across many scientific and spiritual articles, books and even films on that particular subject. I read everything I found and tried to understand and assimilate them. Unfortunately, my mind could not grasp all of it and some things were still up in the air.

The Missing Link in the Chain

“Fringe” became popular in Turkey back then, and its story based on parallel universes. I continued my research, and now I was more confident. My inner knowledge began to surface. I found the missing link in the chain when I encountered another teaching, Inner Speak.

Inner Speak did not claim that parallel universes were dream realms; conversely, they were not at all real universes. Its focus cited “Parallel universes and soul groups may be highly effective in the lives of the people of this world”. It signified the effect of their lives on parallel universes and the spiritual responses to these effects. It also emphasized what we should do to be purified from the negative results and the worldly manifestations of these responses.

The parallel universe concept was no longer a fantasy to me but a phenomenon now. So, I left the scientific side of the issue to the scientists, but I felt I had to consider this concept in terms of spiritual development.

We may say there are numerous parallel universes without mentioning a specific number. When the spirit wants to learn a lesson with all its components, it can divide itself into pieces and scatter these pieces to these parallel universes. It does not split itself only into the parallel universes but also to each time passage. These pieces of spirit may be called “the fragments of the person.” A person can leave their fragments around in various ways: as uncompleted lessons; in the future; in different universes, and also in the experiences which reshape in light of their past. These fragments always maintain a connection and communicate with each other.

The spirit also has the right to gain experience in all dimensions simultaneously, and many spirits use this right with joy. However, as fragments living in the third dimension, we can only realize this connection and communicate with other fragments in unconscious fields, such as in our dreams and during meditation.

The fragments in different places can support and help each other thanks to the connection and communication between them. If there is a development in one of the fragments, all other fragments benefit from it. Similarly, in the case of devolution, all the fragments are negatively affected. For example, if we wake up tired every morning, this can be sign that we help another part of us during our sleep. Or, if we have a deadly disease and find a doctor or a healer through a friend, this may be support coming from our other fragments.

…And the Spirit Comes to Earth, but to Which One?

Let’s think of a spirit who develops by helping others. They choose to work on more than one scenario to gain the highest development of that issue. So, parallel universes give us that unique opportunity. If the spirit wants to learn in in the quickest way possible, then we look for parents living in one of these universes who will accept us as a child. When we find parents, we make a contract in the unconscious with them. When the exact birth date arrives, we are born as the child of parents who support and help other people, care for the needs of others, and willing to teach these lessons to their children. Consequently, the spirit learns the rules of helping; in turn, we h
elp other people thanks to our parents’ teachings. Does this plan meet our needs? Sometimes yes and sometimes no.

The answer may be “yes” if the spirit has worked with this lesson during many incarnations and learned a great deal, and if this spirit inhabits earth now for a jump in their evolution after ensuring they know these lessons.

The answer may be “no” if, however, this is a relatively new experience for the soul or they were a tyrant and egomaniac in their previous experiences.

Similarly, the answer may again be “no” if the spirit had the will of a helpful person but never asked for help or refused any help offered or rejected when wanting help.

Parallel Universes prove their importance when we consider such complex situations. It is a very complicated process to learn the same lesson in twenty-three different scenarios. If each lifetime is limited to 50 years for all these different incarnations, then a spirit will need 1,050 years. But if we create a parallel universe experience, 90 years may be enough. As you see, this is the shortest and most effective way for the spirit.

Parallel Universes also give the flexibility to maintain a new scenario for the spirit whenever needed. If the spirit cannot benefit from a certain scenario, they have the freedom to leave it and then go to another scene after a short preparation. A spirit also has the opportunity to support their soul group members by making such choices.

As far as I understand from the experiences on earth, the time has arrived for taking a big step towards a collective evolution. More than ever, I believe we need the support of parallel universes for taking big and sound steps in our evolution. Perhaps, that’s why there are lots of books, films and serials about this specific subject.

Now, let me offer you a little advice to know what to do with these parallel universes. Use the phrase “my other selves in the parallel universes” in your prayers. Let’s assume your issues include jealousy, lack of creativity, low self-respect or some other problems. To balance this situation, I can advice a small prayer for you:

For the highest good of the Whole, I want Creator Source to increase the vibrations of my jealousy/lack of creativity/low self-respect (or whatever your problem) and support me to transform it into a beneficial tool for everyone in each time passage, each dimension, each parallel universe and everywhere that my fragments exist and IT IS.

I hope all of your realms will be full of beauty.