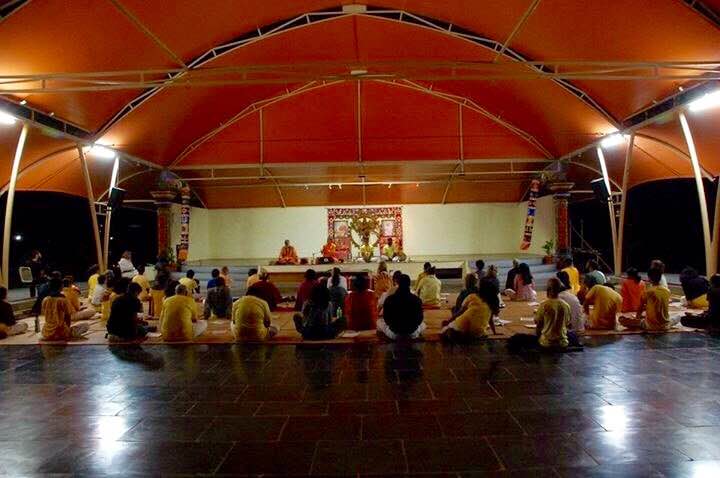 I start warming myself up in anticipation. Everyone staying in the ashram needs to follow an intense schedule starting at 5.30 am and ending at 9.30 pm. In my first week of this schedule, I realize my physical and mental limitations, but I do not want to accept them. I keep pushing my body as if these limits are just an illusion. Of course, my body inevitably reacts with injury. The old injuries pop up again, and some new ones come to join them. At the end of the day, I drag my aching limbs back to the dorm. The physical pain leads me to consider the mind over and over again, and the mental limits cause me to analyze my body over and over again. I try to hear my body’s whispers and comfort it with consciousness. I know that the faster I surrender to the change, the quicker the pains will go away. Within two weeks, I manage to find a balance between the body and the mind and overcome the limits I had previously created for myself. In those two weeks, though, I used an incredible amount of balsam to alleviate my physical suffering. The smell of balsam lingered in the hallways I passed through, and whenever Dhidam wanted to see me during that intense schedule, she could simply follow the odor.
The more I stay in nature, the more I get used to all the insects and bugs. This is another transformation in me. I remember many nights when I could not sleep at all because of insects and bugs. I used to keep noxious insecticides next to my bed. Even though they accepted my existence in their habitat, I sought to kill them. Now I understand how normalized our tendency to hurt any other creatures has become. For example, killing a mosquito with one hand is an expression of superiority. In contrast, I see how everyone here tries to live in harmony with the rest of nature.

For example, only one person here can touch a cow and milk her. In the dorms, there are mice and rats, but everyone lets them live their lives peacefully. We say, “They did not invade our habitat—we invaded theirs.” I’ve even started to regard all those mice as quite adorable, and I sleep like a baby among their pattering and scratching. Hearing mice running along the hallway and eating my friend’s unfinished cookie is part of my normal daily routine now.
Humanity’s perception of itself as the center of the universe—alienating, suppressing, and destroying all others in the process—is a dynamic that shapes our relationships between each other and how we relate to other species. I think that peace on Earth can come as long as we serve for the good of all and collaborate. At a personal level, this peace spreads throughout my life with the concept of unity in diversity. I know that once I change my actions and thoughts in accordance with the notion of unity in diversity, I will begin to see the same change in the world. It’s the micro-level change within myself that I want to see at a macro-level in the world.
II. It is New Year’s Eve, and there are 33 people in the Satsang hall, sitting in a circle on the floor. Everyone is supposed to answer two questions: “With whom and where did you enter the year 2015? What was the best thing that happened in your life in 2015?”
My eyes start to fill with tears as I contemplate these two questions. On the previous New Year’s Eve, my awakening had already begun. I didn’t know what I was going to do, so I continued to work just so I could save up some more money. While I was occupied with these thoughts in my mind, I realized that it was my turn to answer:
The best thing I did in 2015 was leave my life back in Istanbul. I quit work and began my own journey, moving away from all those “unreal” things and working on my new vision. My aim is to become healing itself. On this path of healing, I want to be the change that I wish to see in the world. For this reason, I am here on this New Year’s Eve to carry out the missions of my vision.
Here I am in my own world, where people come and go. This is how it is. Sometimes your path crosses that of someone else, and people enter into each other’s life with a reason and then leave with another reason. In all those paths I have come across, there is a test. In each “hello,” there is a secret note. Only one day is left before training starts. As I sit next to my bed and consider what it will be like in the next few days, I see two eyes shining at me with a smile under a huge backpack, so, finally, Kalyani is welcome…

Can Spirituality Get Damaged? 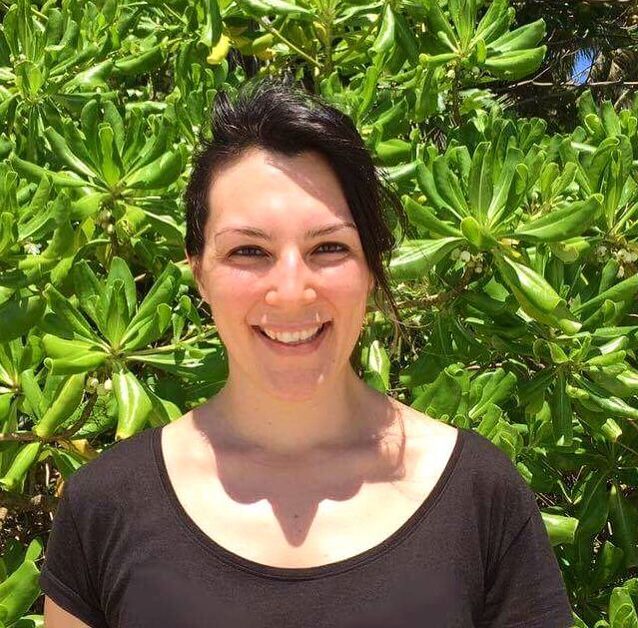