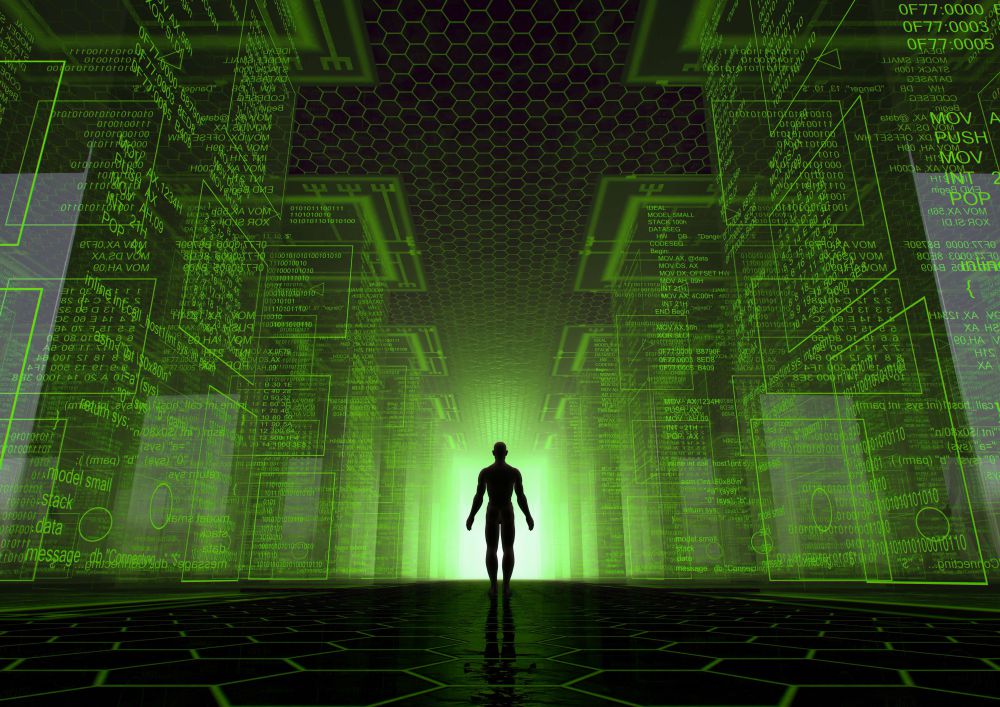 The reality that exists around us, the one we live In, is actually nothing more than an illusion created by the self and projected onto our eyes.

Everything, yes everything, is merely an external reflection of the esoteric. The truth lies beyond this illusion…

Creation is the journey from one to a thousand. When the Single Essence, The Nameless, The Only Truth, The Creator, said, “Be,” the illusion began within the timelessness of the void. Within this, one became two, two became three, and three eventually became thousands within existence. Everything, yes everything, came into existence as a reflection of the Essence within itself. This is why the whole of reality is essentially nothing but a reflection of that one essence. We, our bodies, our identities, the labels we attach to these identities, and our lifestyles are all illusions. The only truth is our inner view, which is “aware” of all this, namely our spirit. Unlike everything physical, though, the spirit is real, because it derives directly from the Creator. Indeed, it’s a core piece of the Creator, so our spirits are the only genuine articles in this fictional storyline. In other words, it’s the only thing that can touch truthfulness. It’s just like Rumi said:

That’s why in all cultures, it’s vital to turn in toward the spirit, the self. One can only begin to connect with the truth by learning how to connect with the spirit. Only then can a person escape the games of the mind and its emotions and touch his or her own wisdom, the wisdom of the spirit. We can then begin to listen to the Creator and connect with it. Fundamentally, we are all connected all the time, and it’s not possible to spend a moment apart from the Creator, yet we establish the illusion that we cannot connect with it because of the fake limitations we create for ourselves. We exist in an ocean, but we see ourselves as individual drops of water. Once we stop acting like drops, we can blend with the rest of the ocean and become the ocean itself…

Now, how is it possible that when there’s only one Truth, there can exist thousands of illusions? Well, Rumi addresses this question by referring to mirrors. He describes walking into a room where all the walls are covered with mirrors. With there being so many mirrors, the reflections create infinite images. So, which one of these images is real? None are real! Only you, entering that room, truly exists, but because of the mirrors, your image is infinitely reflected in the room… All these images are “esoteric,” but the only truth within that room is you. This entire universe is nothing more than infinite virtual images of the Creator, who is the only truth.

You can also think of it as a dream. A dream feels so real to us while we are in that dream. The emotions we feel, the images we see, and even the odors can make us feel we are in another reality. Yet once we wake up, we immediately realize it was an illusion, just a dream. This is exactly like the truth! We are sleeping now, encompassed in a dream. It feels so real, so we take it seriously. We will wake up from this so-called reality that we believe to be real, though, and we’ll say, “It was just a dream” once more with a sincere smile on our faces.

An old esoteric saying goes, “The particle belongs to the whole, and the particle carries knowledge of the whole.” This expresses how a particle reflects knowledge of the whole. For example, in a single cell of a strand of hair, there is DNA data that describes your physical characteristics, your identity, and even your emotional and cognitive structure. This tiny particle carries information about you. Likewise, our spirits, which are parts of the Creator, carry information about the Creator. That’s why people have tried for millions of years to use mystical methods to reach this inner view. It also explains why everything happening outside is a reflection of what we have inside, because what we have inside is the Essence itself. It naturally follows that the person who creates the illusion is the part of the Essence within us all.

Beyond illusion is the heart, and beyond the heart is the spirit. The spirit belongs to the Creator, because it’s the Creator itself. That’s why we look for the Creator in our spirits, and they are our only guide. So, what about all those spiritual searches on the outside? The intention behind the various spiritual systems and paths is to connect with the spirit and get to know it. That’s the secret behind the phrase “know yourself.” Knowing ourselves means knowing our spirits. What’s more, once you know the particle, you know the whole as well, because the particle is attached to the whole. All teachings advise us to turn inside. This is why meditation is used to connect with the Creator, because you connect with your spirit through it. We are nothing but spirits, and these spirits are no less than the Creator.

What I Want from New Year…